‘Don’t attack me for being prepared for the pandemic’: Panic-buying mother is slammed for trying to sell her massive stash of almost 400 rolls of toilet paper

A mother who stocked up on toilet paper as the coronavirus pandemic began has been slammed for trying to sell her massive stash for a profit.

The Brisbane woman has 21 packs of toilet paper, each with 18 rolls for sale online.  She’s selling a pack of Quilton toilet paper for $20 – double the supermarket price.

‘Don’t attack me for making sure my family was prepared for the pandemic.’

Supermarket shelves were left bare last month after Australians began panic buying essential items such as rice and pasta as the coronavirus infection rate rose and threatened to grind the country to a halt.

Toilet paper was the most in-demand product, with both Coles and Woolworths having to put one-pack limit on the product due to shortages.

Many people have been left outraged over the woman’s post, calling her greedy and selfish.

‘While she overstocked she left nothing for the poor elderly or the normal people who didn’t over stock, now she has realised what a f***ing idiot she was for stockpiling so she is trying to make a profit on it,’ wrote another.

‘Suck it up Princess, you hoarded it you use it!’ another said.

And while supermarkets have been since able to restock toilet paper, price gouging still remains an issue. 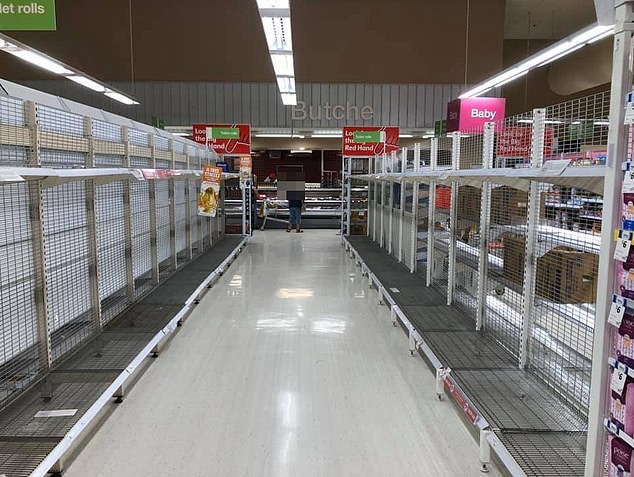 Coles said panic-buyers had bought up three Christmases worth of stock in as many weeks amid the coronavirus pandemic (pictured, a store in Sydney) 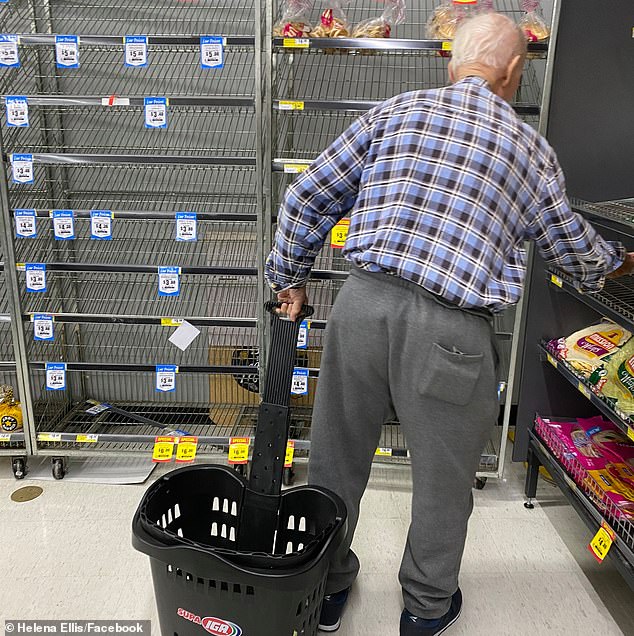 Supermarkets in Australia have become a battle ground amid the coronavirus pandemic.

Staff have been even assaulted by people desperate to get their hands on sought after items such as toilet paper, pasta and rice.

Brawls have also broken out in Woolworths, with two women being investigated by police after a fight broke out in the aisles over a pack of toilet paper.

There are still strict limits imposed on how many of each item you can buy, it is usually two of anything but for toilet paper it is still just one packet in most stores.

Timeline of panic buying in Australia

MARCH 1: Panic buying of toilet paper starts, with supermarket shelves around the country cleared out of loo roll as coronavirus fears ramp up

MARCH 6: Three women are filmed in a fist fight over toilet paper at a Woolworths in Chullora, in Sydney’s west.

MARCH 7: Video goes viral of an elderly woman slapping another shopper across the face as they scrap over the last packet of toilet paper in a Melbourne Coles.

MARCH 17: Woolworths and Coles introduce a dedicated shopping hour for the elderly and disabled to stock up without being overwhelmed by the panic buying chaos within some stores.

MARCH 18: Woolworths says customers will only be able to purchase two items from any single category from most packaged products, with the exception of some fresh foods.

MARCH 24: Coles announces it is allowing emergency service workers – including nurses and police officers – to shop during its dedicated ‘community hour’.

APRIL 1: Panic-buying shoppers forces Woolworths and Coles to scale back their weekly specials