A mother-of-two has shared what she believes to be the ‘perfect’ lunchbox for her school kids – complete with salad wraps, salami stick, oat slice, biscuits, crisp bread, tin of tuna, a banana and a carton of fruit juice.

The woman, from Brisbane, shared a picture showing what she usually packs for her 11-year-old daughter and 13-year-old son for school but not all parents agreed with the choices she made.

‘This is what I’ve come up with for my kids with optional DIY wraps with a salad mix, feta cheese, olives, cherry tomatoes and diced salami with Italian dressing,’ she said in Budget Friendly Meals Australia Facebook group.

‘They never eat their sandwiches so I gave up.’

A mother-of-two has shared what she believes to be the ‘perfect’ lunchbox for her school kids – complete with salad wraps, salami stick, oat slice, biscuits, crisp bread, tin of tuna, a banana and a carton of fruit juice

Alongside the salad mix and wraps were eight other items, which included sweet and savoury snacks.

Her thread was met with hundreds of comments, with many saying her selection ‘looks great’ while others thought she packed ‘too much food’ for her youngsters.

‘That’s a lot of food. My 11-year-old old has a sandwich, yoghurt and piece of fruit. Sometimes a bar or biscuits instead of yoghurt,’ one mother said.

Another added: ‘Too much food over six hours. Kids wanna play with friends, not sit and eat all lunch. You should keep them for after school snacks. [During school], it should just be a piece of fruit, a snack and a lunch.’

However, others said their kids are big eaters too so they normally pack plenty of options in their lunchboxes.

‘My Mr 13 is a huge eater also. Doesn’t have a full indicator,’ one parent said.

Several people said her kids were very ‘lucky’ to have ‘yummy options’ while others admitted they ‘couldn’t afford my child to eat this much for lunch’. 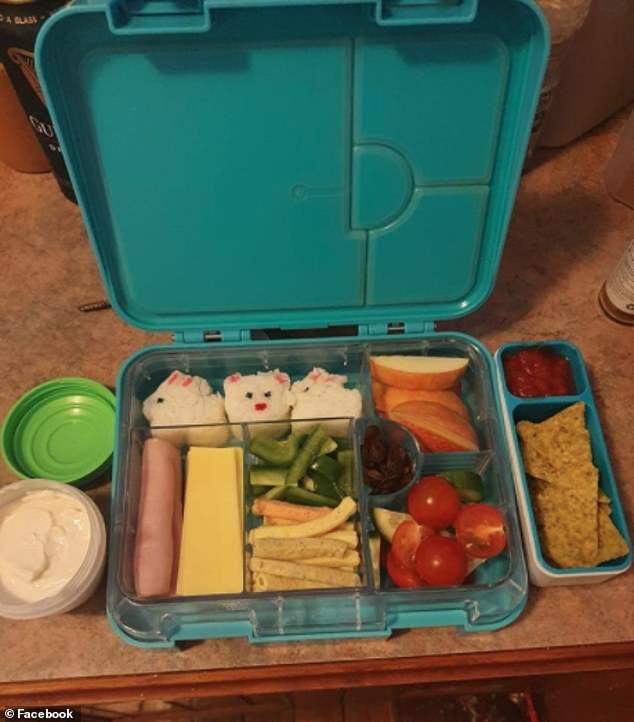 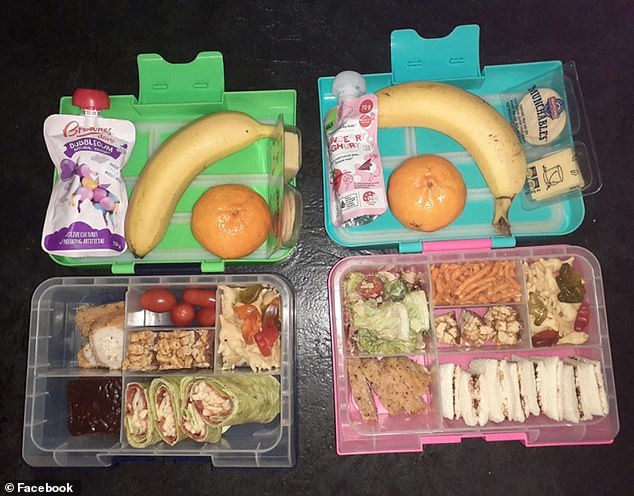 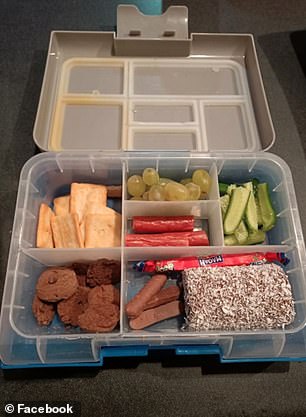 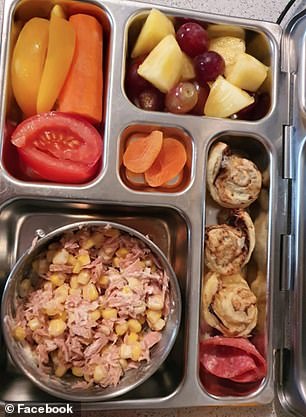 Other mothers with ‘fussy’ children shared their creations, including one who packs her six-year-old biscuits, grapes, cucumber sticks, and a piece of lamington (left) while another parent packs her seven-year-old daughter tuna, pastry scrolls and cut up fruit pieces (right) 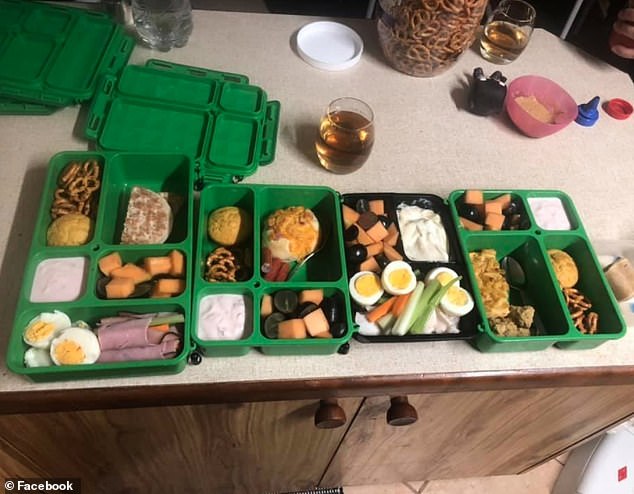 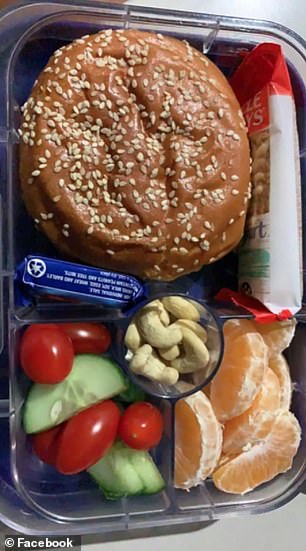 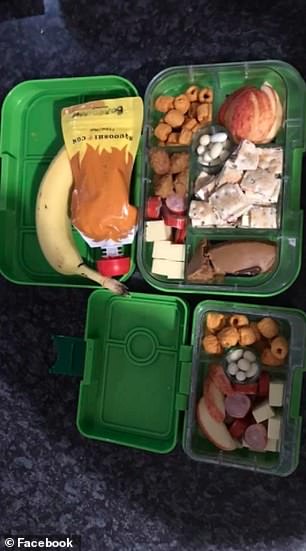 One parent said her son refuses to eat sandwiches so she makes him brioche buns or croissants with ham and cheese filling (left) while another mother packs her five-year-old Cheezos, cabanossi, cheese cubes, fruit juice, meat balls, apples and fruit juice (right)

Many parents shared their own ‘perfect’ lunchboxes, with one mother revealing she packs cut cherry tomatoes, cucumbers, apples, capsicum sticks, cheese, ham, corn chips with dip and rice balls shaped as rabbits for her three-year-old son.

‘It’s funny, he is a lot less fussy at daycare than he is at home! But our centre has a strict no junk food rule so he doesn’t really get a choice,’ she explained.

Some quickly asked her how she gets her toddler to eat tomatoes and raw capsicum, to which she replied: ‘I just offered it to him until he finally tried it… now he asks for them as snacks.’

Another mother said she packs her ‘fussy’ six-year-old biscuits, grapes, cucumber sticks, twiggy sticks, chocolates, and a piece of lamington.

One parent said her son refuses to eat sandwiches so she makes him brioche buns or croissants with ham and cheese filling, along with a muesli bar, peanuts, mandarin, cucumber and cherry tomatoes.

Another mother said her seven-year-old daughter is ‘quite picky’ so she usually packs tuna, cut up fruits and vegetables, rice crackers, pastry scrolls and homemade jelly.

‘She’s quite picky so I’m get limited on what to give her. She won’t eat sandwiches and tends to not get any dairy products in her lunch. Really hoping she doesn’t get tired of tuna,’ she said.