Snogging strangers is banned and patrons must keep 1.5 metres from each other at all times at a recently reopened Australian nightclub.

Nightclub ‘Retros’ in Brisbane has recruited ‘fun police’ to enforce new rules introduced to prevent the spread of COVID-19.

Workers dressed in high-vis wielding pool noodles will be patrolling inside as well as monitoring the behaviour of revellers in queues.

‘Fun Police Senior Sergeant’ Luke Mellers said it was about trying to keep the environment safe without coming across too heavy handed.

Pictured: The ‘Retros’ Nighclub in Brisbane has recruited ‘fun police’ to enforce new rules introduced to prevent the spread of COVID-19

‘Obviously social distancing is here to stay and we are just looking at a fun and interactive way to stop people from being too close,’ he told Nine News.

‘Sergeant’ Mellers will be walking around the venue with a pool noodle marked with a 1.5 metre measurement as a sign warning revellers not to snog strangers.

He will be part of a team of ‘fun police’ kitted out in high vis outfits with whistles, megaphones and hand sanitiser.

Mr Mellers said he will be coming down hard on patrons who break the rules.

‘In here, out in the mall, down the mall no-body likes being hit with the naughty stick and even though it’s soft we will certainly be using it to keep everyone apart,’ he told Seven News. 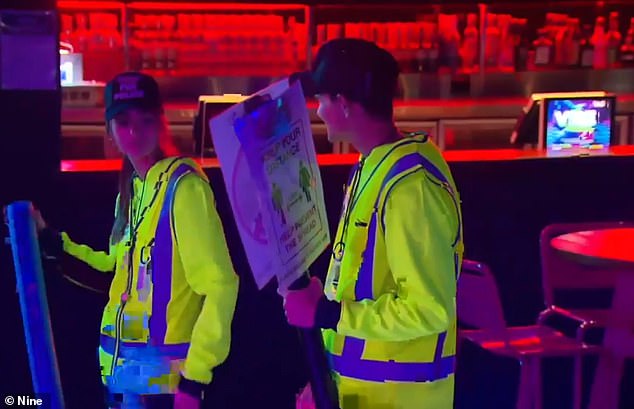 Club spokesperson Tammy Wood said the club scene has been hit hard by the Covid-19 restrictions but they’re pleased patrons have been adhering to social distancing.

‘It has been tough on the guys. The patrons now are really good with it as well,’ she said.

‘This again is another way to really try and enforce those measures that are in place.’

The Havana RNB night club on the Gold Coast was the first club across Australia to open its doors, on June 19. 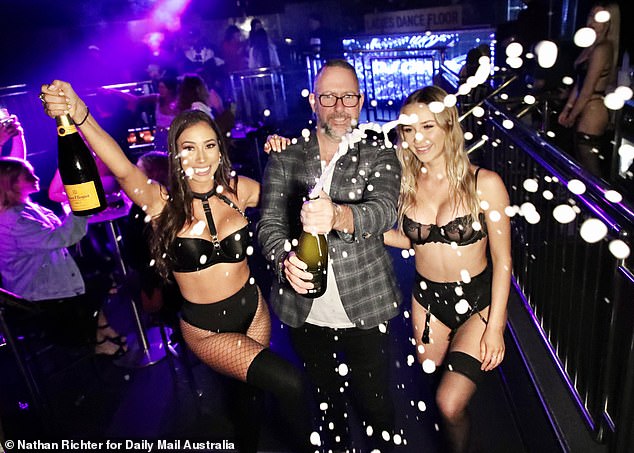 The Havana RNB night club on the Gold Coast was the first club across Australia to open its doors, on June 19 (Pictured: Bartender Breeana ball , CEO Tim Martin and bartender jade Pywell) 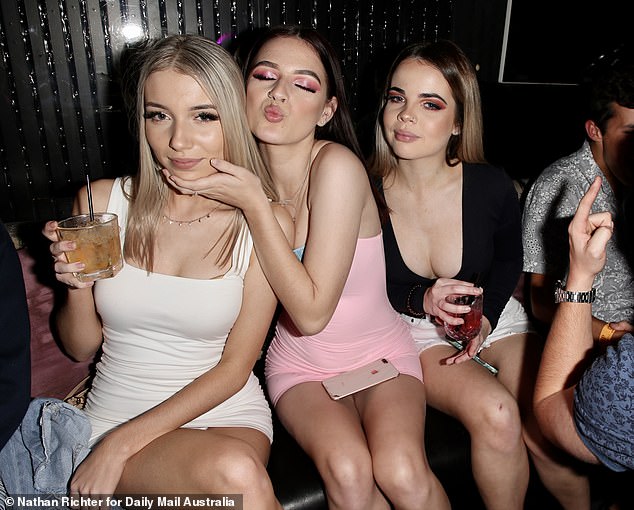 While the majority of clubs opened on July 3 with the introduction of strict new rules including dance floor bans.

Despite this keen partygoers flock to licensed premises for a night on the town for the first time in four months.

As of today revellers will need to remain seated inside licensed premises at all times except when travelling to the bar or toilets. 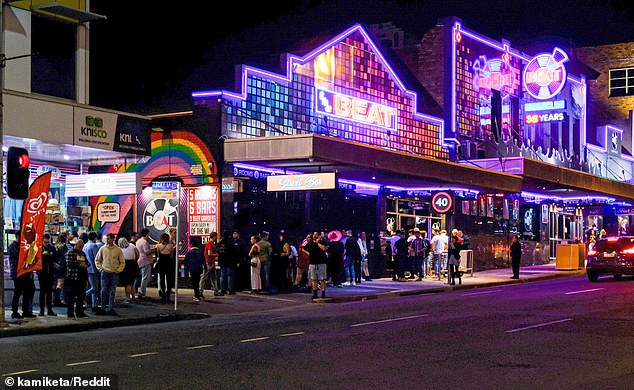 Dr Young said the new rules were in place in response to rising case numbers elsewhere.

‘Because I’m more worried about what is happening in southern states. I think we need to go back and reinforce it,’ she said.

‘I’m reimposing that restrictions that we had up to three weeks ago.’

Tightly packed queues were reportedly seen outside The Beat and Prohibition nightclubs in the Fortitude Valley district last weekend.

It comes just a week after video showing a packed dancefloor at Prohibition nightclub surfaced from July 2, which resulted in the club being fined $20,000.