The furious mother of a transgender student is suing an all-girls school for denying her child a place because she was ‘born a male’.

Single mother of four Emma Jensen said she was excited for her two children Rylee, 13, and Harley, 12, to attend private Brisbane school Carinity Education Southside after seeing photos of their relatives in the school’s foyer.

However, when the school replied to her March applications it said Harley did not meet their gender requirements.

Ms Jensen said she previously met with an employee at the school who told her Harley’s gender would not prevent her from enrolling.

She claims the school called her and Harley’s social worker Erin Oostenbroek, to deny the child a position just 24 hours after that conversation.

‘I said, ‘she’s a female. She identifies as a female and is on hormone blockers so she can transition. I don’t see the problem’.’

The independent Baptist school that prides itself on being a ‘safe place’ for marginalised children said in a statement they saw ‘no evidence’ Harley met the requirements.

‘These requirements include potential students not being enrolled at or attending another school,’ Carinity Education Southside said in a statement.

‘Carinity Education is supportive of transgender students. Across our schooling network we have a number of students who identify as transgender.

‘We were sadly unable to offer this student the opportunity to enroll at our school as they did not provide us with evidence that they met the requirements for admission to a special assistance school.’

The school added that their ‘hearts go out to this child and we would like to work with the student’s parents to find a schooling environment where their child will thrive.’ 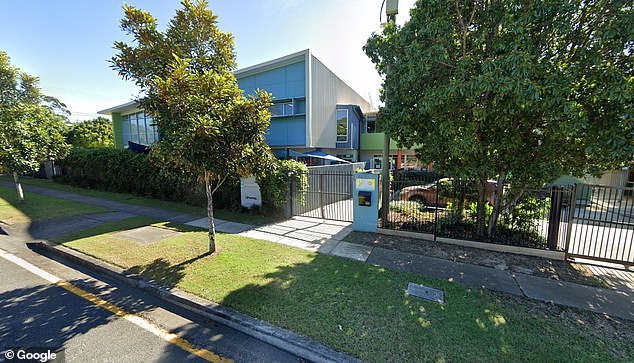 Carinity Education Southside (above) is a private all-girls Christian school in Sunnybank, Brisbane

Ms Jensen said she is ‘not stopping’ until the school is ‘educated’ on the rights of transgender students.

She believes Harley should be allowed to attend the school because ‘she’s a female’ and has identified as a girl since kindergarten.

‘This is just who she is. It’s not an act, it’s not a gimmick, it’s not for attention,’ Ms Jensen said.

The heartbroken mother broke down in tears when explaining why the school shouldn’t have denied Harley a place based on her gender.

Ms Jensen said she is seeking legal action against the school through the Queensland Civil and Administrative Tribunal.

Controversial issues such as Harley’s were part of the basis for former prime minister Scott Morrison’s Religious Discrimination Bill.

The bill was created to prohibit the discrimination of people based on their religion but raised major concerns with advocate groups who believed the bill could be used as legal protection to discriminate against LGBTQ+ students.

The bill was shelved on June 25 after Anthony Albanese was elected as prime minster.