Brisbane rapists who sexually assaulted student in 2011 are jailed

Two rapists who lured a medical student into a laneway where they raped and sexually assaulted have been jailed for eight-and-a-half years’ jail.

Ryan David George and Jack Scott Turner Winship were found guilty on Tuesday of the April 2011 rape by a Brisbane District Court jury.

The woman, who cannot be identified, was a virgin and was targeted by the men who noticed she was drunk and staggering towards a bus stop in the inner city suburb of West End.

George and Turner Winship began talking to the woman, who was on her way home after a night out with friends, before manoeuvring her into the dark alley.

Both men pleaded not guilty to raping the woman, but did not deny having a sexual encounter in the laneway.

Judge Gregory Lynham said that no jury would believe that a young, intelligent woman would go into an alleyway with two complete strangers to lose her virginity.

During the trial Turner Winship told the court he and his friend had engaged in consensual sexual acts with the woman, claiming she had enjoyed the experience.

‘It was just a fluid sort of thing,’ Turner Winship said.

‘She was enjoying herself.’

Afterwards the pair walked off to meet friends at a nearby pub, later bragging of a sexual encounter in an alley.

The woman was found stumbling from the laneway with blood on her lower thighs and hands. 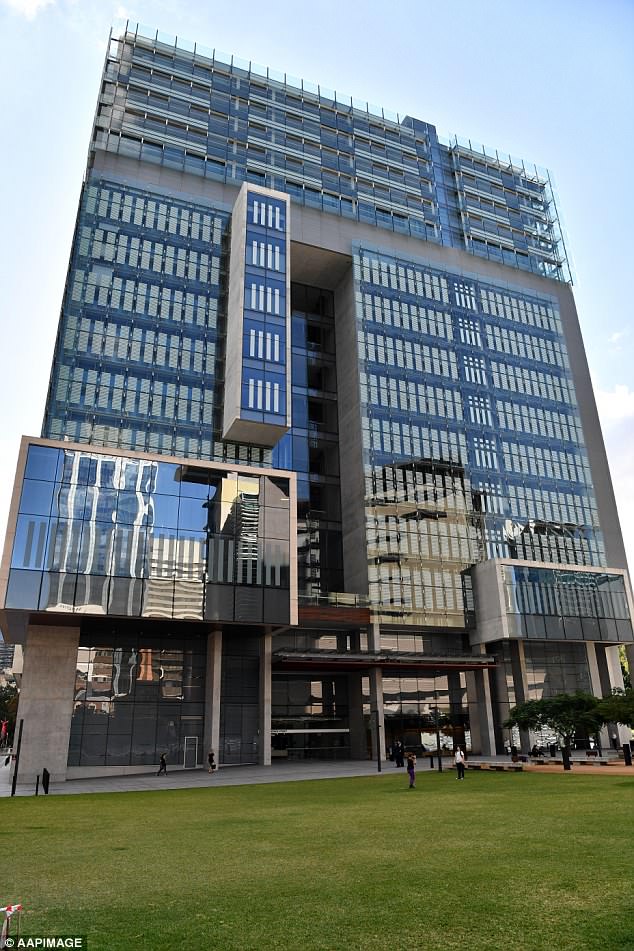 The court heard she sought help from a man who described her as ‘out of it’ and bleeding.

‘She said “these guys are trying to hurt me”,’ prosecution witness Michael Hayward said.

He ran to catch up with them and chatted briefly, he said.

When questioned about their boasts about the incident, Turner Winship admitted telling Mr Hayward about the sexual encounter, followed by friends at the pub.

‘We had a sexual encounter, so yeah we told our friends about it,’ Turner Winship said while being questioned by the Crown prosecutor.

‘We had no reason to not tell anyone.’

George Winship can apply for parole in 2021, while Turner will be eligible in 2022. 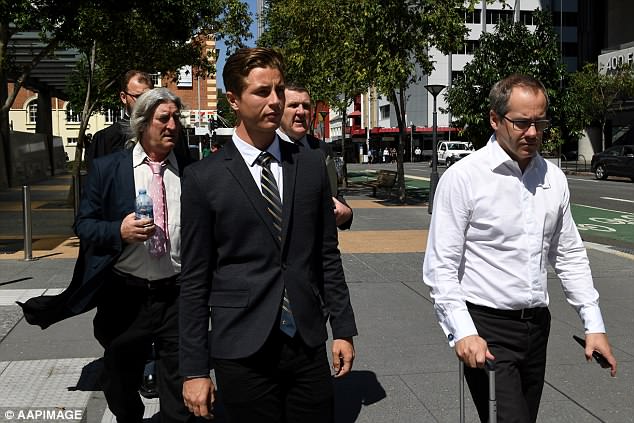 The woman, who cannot be identified, was targeted by the men who noticed she was drunk and staggering towards a West End bus stop in April 2011 (pictured is Scott Jack Turner Winship)