Queensland schools are on high alert regarding online threats in reference to schools in Brisbane’s north.

A Queensland Police spokesman confirmed to Daily Mail Australia on Sunday officers have advised the state’s Department of Education they’ve ‘identified internet posts that contained non-specific threatening language’ in reference to schools in the Northlakes area.

‘Anyone with any information that may assist in the investigation is encouraged to contact police,’ the spokesman said.

‘As the investigation is ongoing it would be inappropriate to comment further. The Department of Education has advised that all schools will be operating normally.’

The Department of Education has sent emails to parents from affected schools to say it’s working with police and with government protective services officers as a ‘precautionary measure’.

‘There was no specific reference to any particular school or schools and while there are no further details available at this stage, the Department has been liaising with police and believe it is in the best interests of school and community safety to make parents and caregivers aware,’ the email states. 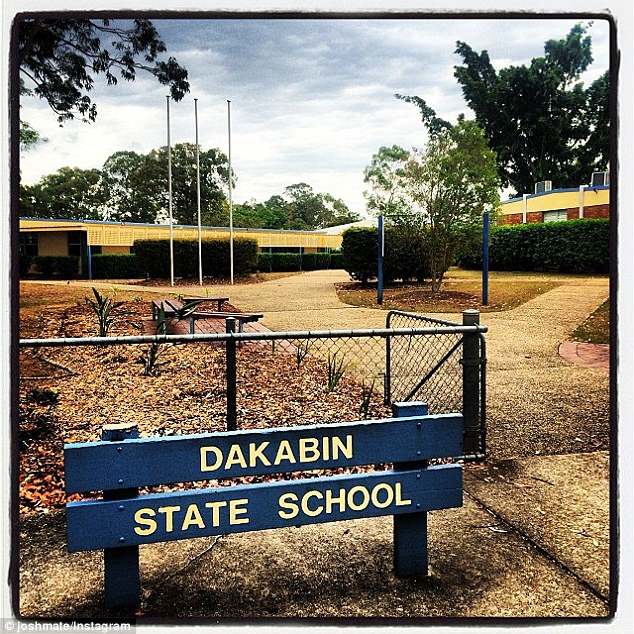 The news has sparked concern among parents.

‘I hope all schools in the area have been made aware of this and when possible we are updated on any information regarding our children and communities safety. im worried now about sending my preppie to school tomorrow,’ one concerned mum posted.

Another added: ‘The emails going around are extremely vague and gives a lot of parents concerns to send their children to school on what exactly the threats are.’ 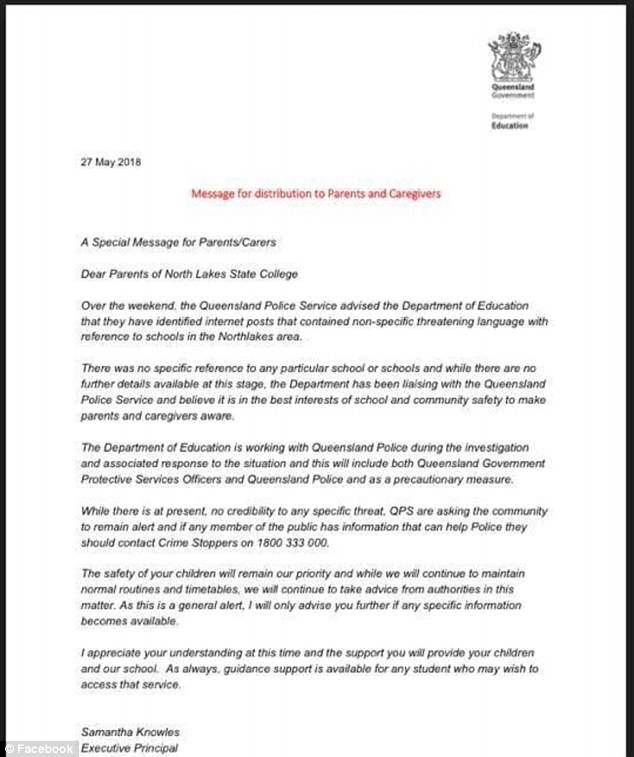