Brisbane woman couldn’t get a haircut due to her gender

A Brisbane barber shop that turned away a woman from getting her hair cut has blamed new lease conditions that prevent the shop from cutting women’s hair.

James O’Brien, Jimmy Rod’s managing director, said to the ABC: ‘We are exclusively only to cut men’s hair due to three other hairdressers being in the centre, and if we do cut women’s hair there, we will be breached and it could cause our lease to get cancelled.’

He said in the other stores they cut women’s hair but the lease at the Gap Village store prevented this as to stop competition with other hairdressers in the centre.

Vivien Houston was turned away from Jimmy Rod’s Barber Shop in the Gap Village because the barber shop signed a lease agreement saying they would not cut women’s hair (file: photo)

Vivien Houston, 33, was shocked when a barber stopped her when she entered the store.

Ms Houston said: ‘I walked in and one of the barbers at the shop stopped me and I thought she was going to say they had too many people in line and wouldn’t be able to fit me in before closing, but she actually said I can’t serve you because you’re a woman.’

She said that she contacted centre management to make a formal complaint about the issue but found their response unsatisfactory.

Anti-Discrimination Commission Queensland has said they are unable to disclose whether a sex discrimination complaint had been made. 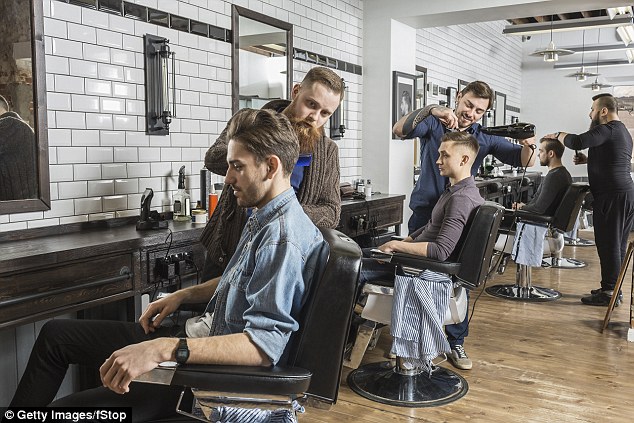 Ms Houston said she wouldn’t go to one of the other hairdressers anyway because of the hair style that she had (file: photo)

Mr O’Brien said he would be seeking legal advice on the issue.

‘I’m going to be called a sexist in one way or I’ll get a breach on my lease the other way. So my hands are quite tied at the moment,’ he said.

Daily Mail Australia has contacted The Gap Village for comment.