Bristol dad shaves his head for daughter with alopecia

A devoted father shaved his head to show his daughter who suffers from alopecia that hair isn’t important after the little girl admitted she doesn’t love herself.

In a recent Facebook post, Chelsea Sylvaria, 33, of Bristol, Rhode Island, recalled how her daughter Riley told her she doesn’t love herself because she doesn’t have hair.

The heartbreaking moment inspired her husband Dave, 41, to offer to shave his head, and Chelsea proudly shared a video of first grader Riley helping him with the clippers as he buzzed off his locks.

Heartwarming: Dedicated father Dave Sylvaria shaved his head in front of his daughter Riley, who has alopecia, to show her that ‘hair doesn’t matter’ 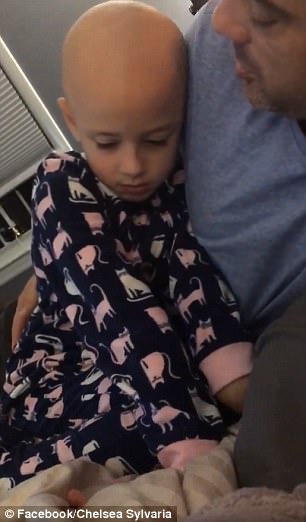 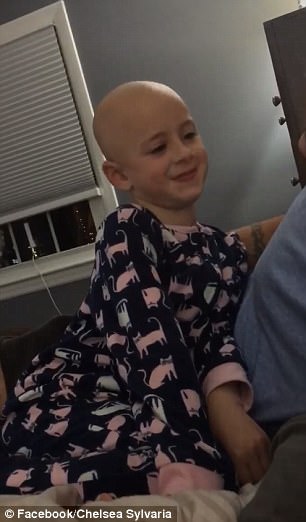 Touching moment: Dave, 41, made the decision after seeing his daughter get upset about her condition and the fact that she has no hair

‘Dave wanted to talk to her about what she had said… this was the result,’ the mom wrote.  ‘I love this man with all my heart.’

Chelsea added: ‘Riley is currently over being upset about having no hair, minor bump in the road of life!’

The first video Chelsea shared sees Dave pulling Riley over him to discuss what she had told her mom.

‘You shouldn’t say things like that kiddo,’ he tells his little girl. ‘You are a very special girl. Do you know how special you are? You’re the most special girl in the whole world. Hair doesn’t matter.’

Dave stresses that everyone loves Riley and it doesn’t make any difference if she has hair or not. 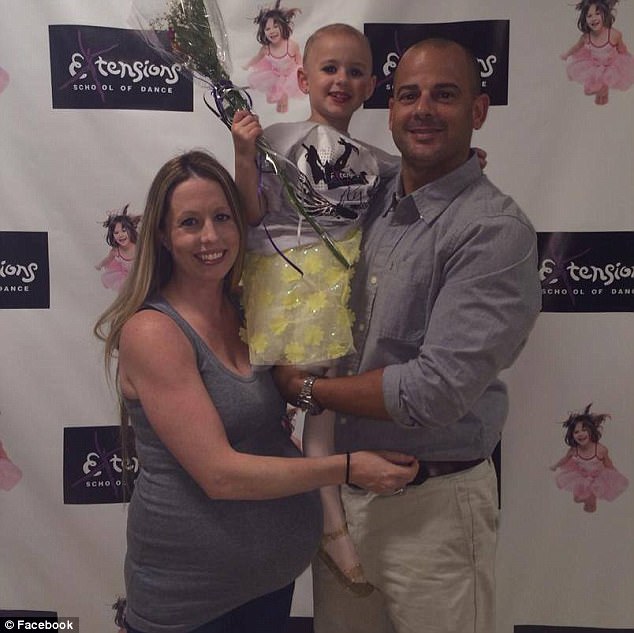 Family ties: The video of the sweet gesture was captured by Riley’s mother Chelsea, 33, who shared it on Facebook where it quickly went viral 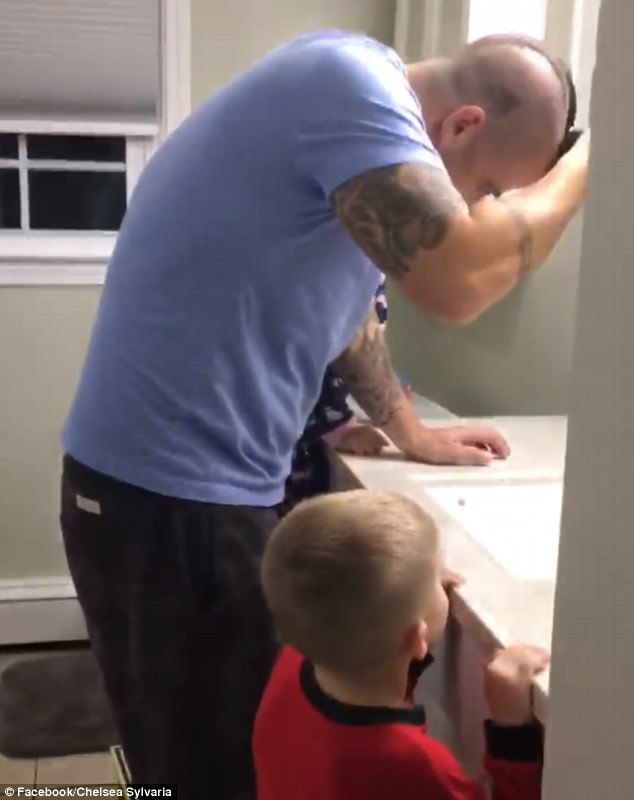 There he goes! Immediately after making the promise to his daughter to shave his head, Dave headed to the bathroom and did just that, while she and her brother looked on 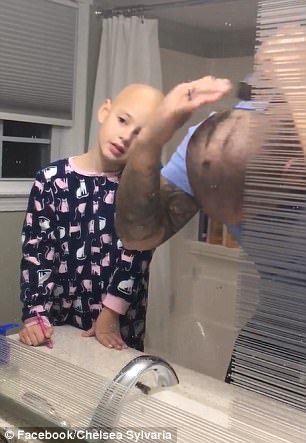 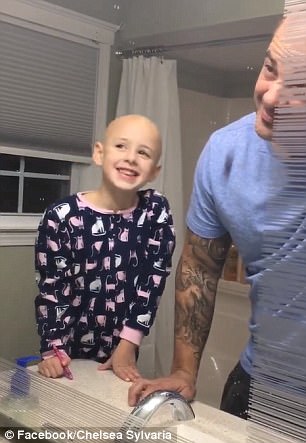 Happy as can be: First grader Riley looked delighted with her father and couldn’t help but break into a wide smile as he shaved all his hair off

Although Riley seems to be taking in what her dad is saying, she doesn’t perk up until he surprises her and offers to shave his head.

‘You want daddy to shave his head?’ he asks, and she replies with a nod. ‘Want me to do it right now? Okay, let’s go.’

The second video Chelsea posted sees Dave shaving his head in the sink while Riley and his son watch in awe.

‘Do you want me to keep it like this? Dave asks Riley. ‘I’ll keep it just like this. You know why? Because it’s just hair kiddo. It doesn’t matter. Nobody cares about hair.’

The doting dad even has Riley help him shave his head, and the little girl’s face brightens as she watches her dad in the bathroom mirror. 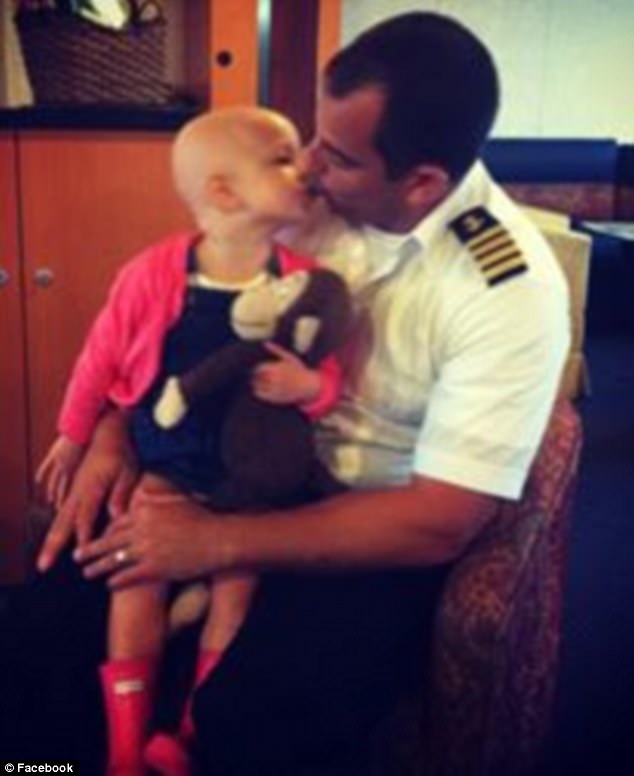 Special relationship: Riley and her father appear incredibly close, and Dave’s wife Chelsea couldn’t help but gush about his kind gesture while sharing her video online 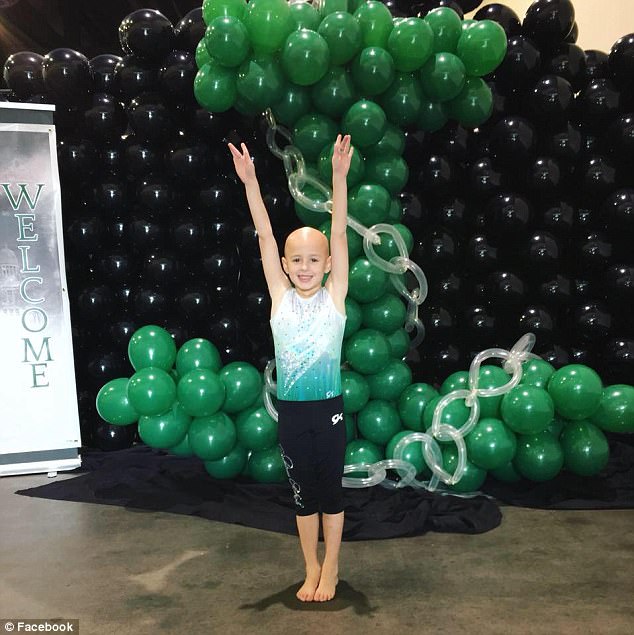 Flipping amazing! The little girl is a budding gymnast in her home town in Rhode Island

While inspecting his newly bald head, Dave notes that he needs to get a tan because Riley’s head is tanner than hers.

The comment makes his daughter giggle, and he gives her a sweet kiss on the cheek.

The video has been shared thousands of times, with many praising Dave for being such an amazing father.

Chelsea also added the post on the Love What Matters Facebook page, explaining that she and Dave hope to raise Riley to be ‘strong, confident, and loved.’

‘We want her to know it’s OK to sometimes get upset, but that she is strong and beautiful — no matter what!’ the mom wrote.