Bristol Palin’s son Tripp lands a spot on Dancing With The Stars: Juniors

Bristol Palin’s son is following in his mother’s footsteps and joining the cast of Dancing With The Stars: Juniors, eight years after her participation in the adult version of the show.

Tripp Johnston, Britsol’s nine-year-old son with her ex Levi Johnston, 28, was announced on Wednesday as a member of the new cast of the show, which will kick off on October 7.

Bristol, 27, competed on Dancing With The stars in 2010 and finished third before returning in 2012 for an all-star season.

Let’s dance! Tripp Johnston, Bristol Palin’s nine-year-old son with her ex Levi Johnston, 28, was announced on Wednesday as a member of the new cast of Dancing With The Stars: Juniors 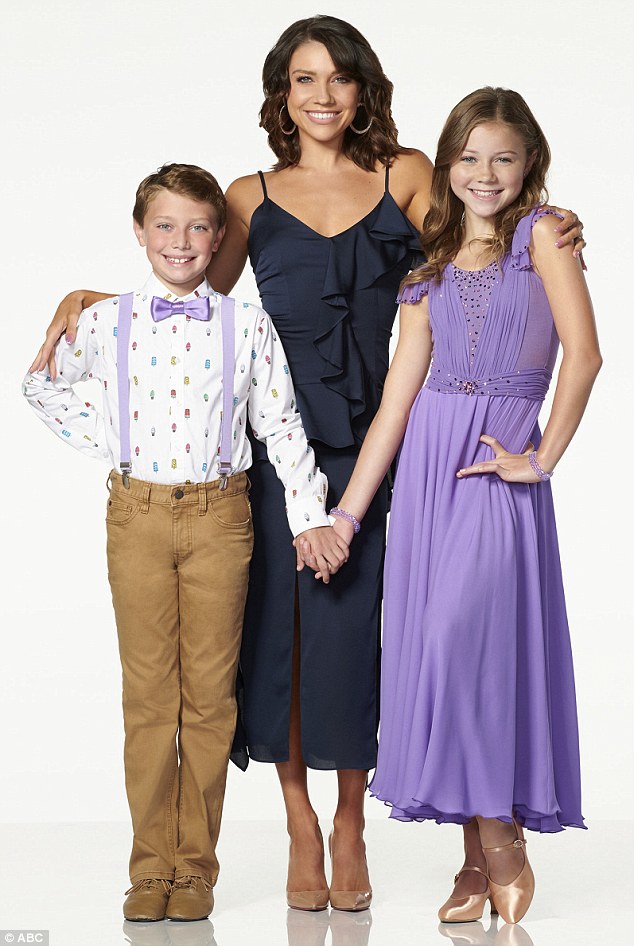 Team: Tripp will be mentored by Jenna Johnson (center), 24, and will be paired with dancer Hailey Bills, Jenna’s 12-year-old niece

During his time on the show, Tripp will be mentored by Jenna Johnson, 24, who won Dancing With The Stars with Olympian Adam Rippon, 28, in May this year.

Tripp will be paired with dancer Hailey Bills, Jenna’s 12-year-old niece, for his performances.

Bristol, who is joining the cast of Teen Mom OG, shared a few dancing tips with her son, Jenna told US Weekly.

According to the mentor, Bristol told her eldest to ‘do “oohs and aahs” with his performance and he did it!’

Despite his mother’s guidance, Tripp remained nervous at the thought of taking the stage, but Jenna thought he did a great job regardless.

‘I think for being a non-dancer, he was able to retain [the steps] really well,’ she told US Weekly. ‘But yeah, it’s very hard for someone who has never danced before. This is a very daunting place. It’s covered in lights and cameras and costumes, so he did really well.’ 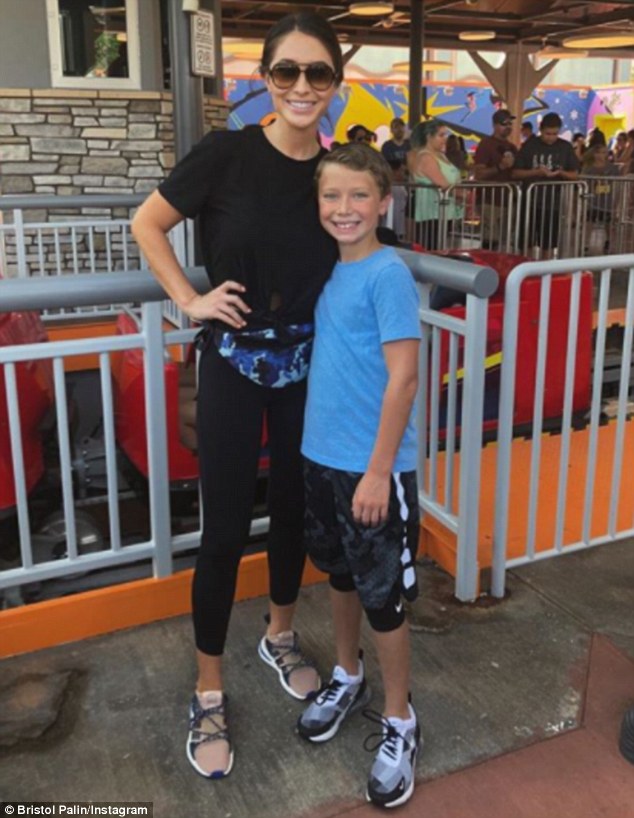 Alumnae: Bristol (pictured with Tripp in July), 27, competed on Dancing With The stars in 2010 and finished third before returning in 2012 for an all-star season 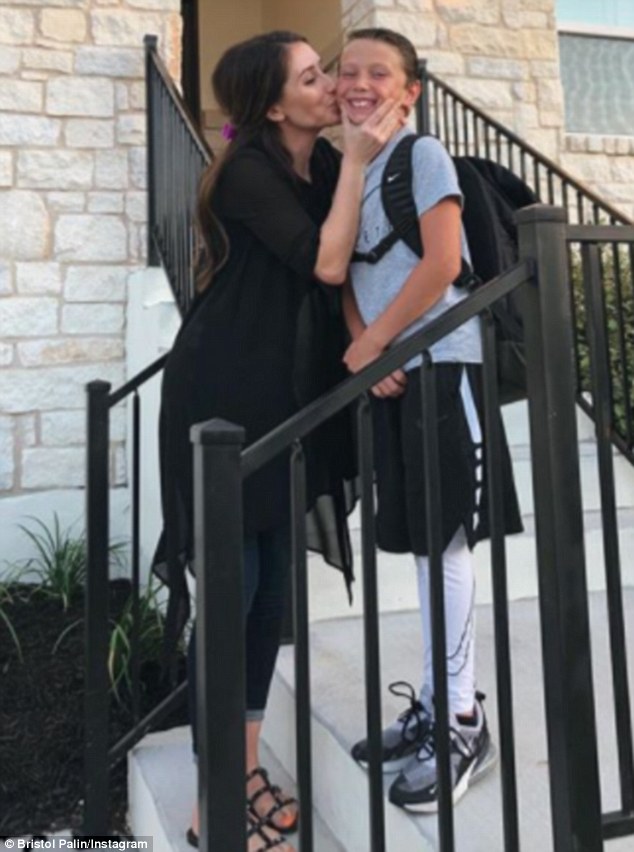 Guidance: The mother (pictured with Tripp in August) shared a few tips with her son, who still remained understandably nervous at the thought of taking the stage 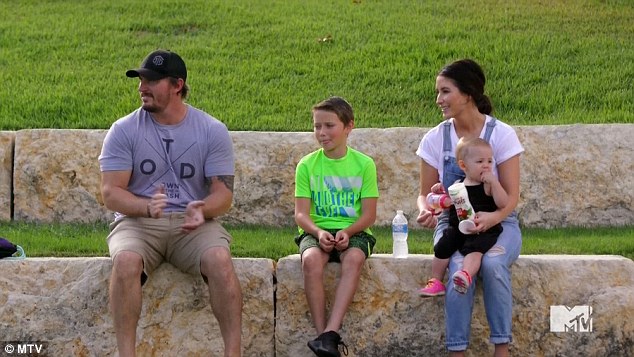 Used to it: Tripp has had a chance to practice being in front of the cameras: he was seen on a Teen Mom OG special on Monday with Bristol, Dakota Meyer, 30, and his sister Atlee, one

Tripp will be joined among the cast of Dancing With The Stars: Juniors by 13-year-old Alana Thompson, also known as Honey Boo Boo, as well as Mackenzie Ziegler, 14, Maddie Ziegler’s younger sister.

His participation in the dance competition comes as Bristol finds herself in the spotlight again ahead of her debut on Teen Mom OG.

While the new season is due to kick off on October 1, Bristol, Tripp, and the rest of their family appeared in a Meet the Moms special on Monday.

The show gave Tripp a chance to get used to being in front of the cameras ahead of his Dancing With The Stars: Juniors debut. He was seen going on a family outing with Bristol, her ex Dakota Meyer, 30, and his one-year-old sister Atlee.

Last week, Bristol traveled to New York City to appear on Good Morning America, where she took the opportunity to open up about her life post-divorce from Dakota, the father of her two youngest children, Sailor, two, and Atlee. 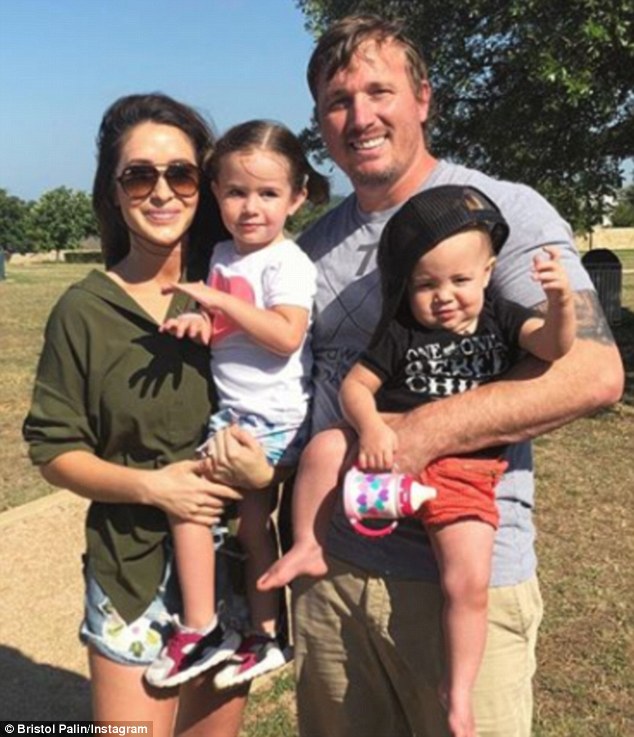 Split: Bristol confirmed in August that her divorce from Dakota (pictured with her in June along with Sailor and Atlee) had been finalized 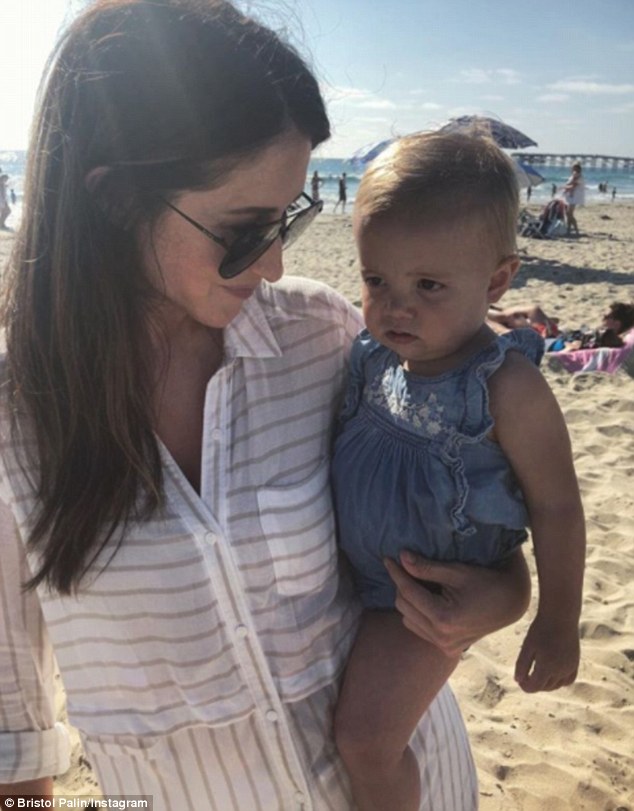 Baby: In May last year, Bristol gave birth to her daughter Atlee, her second child with Dakota

Despite any potentially-sour relations between the former couple, Bristol gave a positive outlook of her life after the split, advising that ‘life doesn’t end after a divorce’.

It was announced earlier this year that the pair had separated and filed for divorce, and Bristol confirmed in August that the proceedings had been finalized; the couple had tied the knot in June 2016 after calling off a previous wedding in May 2015.

Although her overall outlook remains positive, Bristol admitted on Teen Mom OG that her views on marriage were so negatively impacted she thought she may never tie the knot again.

In an excerpt from the new season of Teen Mom OG, which was shown on GMA during her appearance, Bristol is heard explaining how her ‘thoughts’ about marriage have changed for the worse since her relationship with Dakota came to an end.

‘My thoughts on it have changed so much it’s like I don’t think I’d ever get remarried, ever,’ she says in the clip.