But the 26-year-old star admitted she’s made ‘poor choices’ and had ‘been naïve’ over her fling with Warner Bros boss Kevin Tsujihara.

Breaking her silence about the ‘casting couch’ affair, Ms Kirk told MailOnline: ‘I acknowledge I may have made some poor choices and I’m sorry for that.

‘But I’ve learnt from my mistakes since then and grown a lot, as a person, as a woman, and as a professional actor.’

Ms Kirk is at the centre of a sex-for-roles scandal over claims she had a fling with Warner Bros boss Kevin Tsujihara, who allegedly promised to reward her with parts in his movies.

But the British star fiercely denied she would ever have sex with a rich, powerful man on the casting couch just to get a role in a movie.

‘I can’t stay quiet any more,’ she told MailOnline. ‘It’s bad enough to be defined by others, but when the person they put on the page has no relationship to who I am, I feel compelled to speak out. 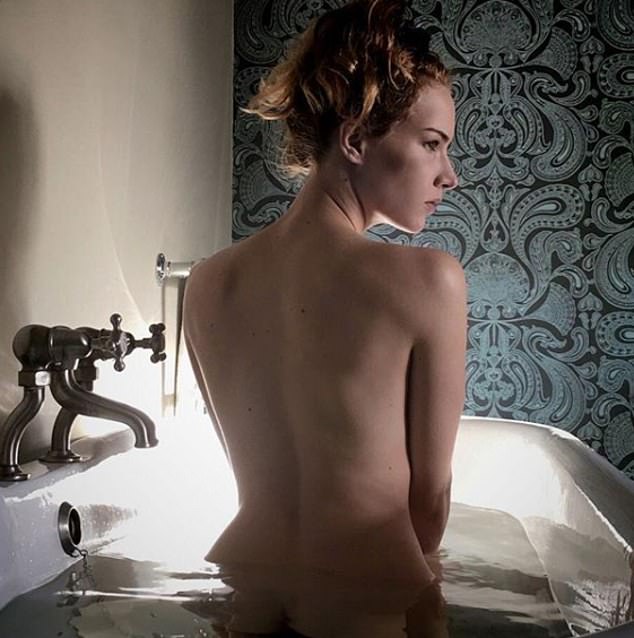 Ms Kirk is at the centre of a sex-for-roles scandal over claims she had a fling with Warner Bros boss Kevin Tsujihara, who allegedly promised to reward her with parts in his movies. 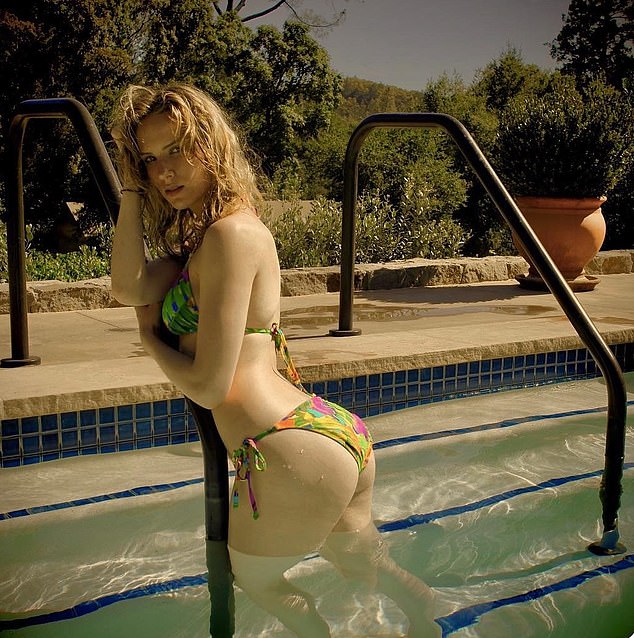 Ms Kirk, a 26-year-old British actress, says she was ‘naive’ and ‘made poor choices’ over the fling with the movie mogul 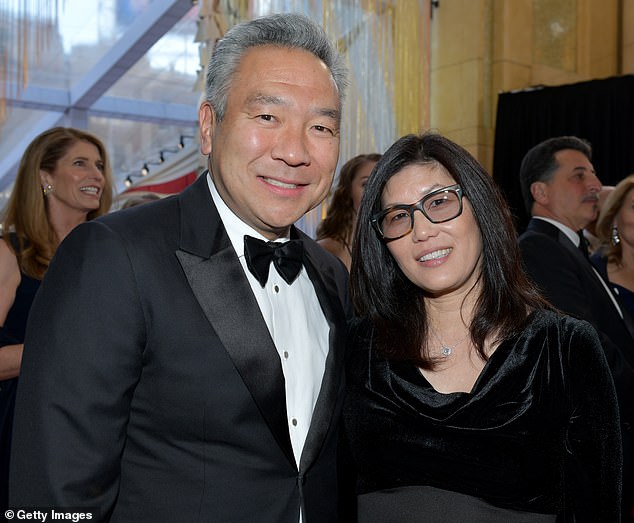 WarnerMedia launched a probe into married Warner Bros chairman and CEO Tsujihara (pictured with his wife) and his alleged fling with Ms Kirk, which is said to have begun in 2013

‘These articles refer to events from six years ago, back in 2013. I was a different person then: 19-years-old, newly arrived in LA, possibly a little arrogant and definitely very naive.’

Ms Kirk insisted she wasn’t the one who leaked the messages, slamming media speculation as ‘conjecture and hearsay’.

‘I want to make it absolutely clear that I had nothing to do with the publication of this story,’ she said. 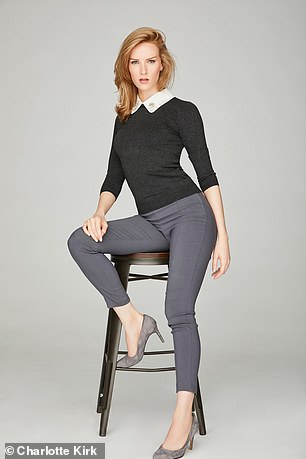 She insisted that she did not leak the text messages that exposed their affair, which began in 2013

‘There are assumptions being made that somehow I was responsible for the release of the texts, and that is simply not true.

‘When I heard that The Hollywood Reporter might publish it, I implored them not to, but obviously to no avail.’

The Kent-born actress appeared in plays and commercials before moving to Hollywood and landing the starring role in the upcoming blockbuster Nicole and OJ.

‘This is a speed bump and not a road block and I will move beyond this,’ she said. ‘I will never stop fighting; fighting to define myself, fighting for the best roles and fighting for the career I love and was born to do.’

Also embroiled in the alleged sex scandal is Australian billionaire James Packer, who Kirk briefly dated in 2013, and his business partner Brett Ratner.

Packer introduced Ms Kirk and Tsujihara at the Hotel Bel Air back in 2013.

Packer and Ratner were close to closing a deal with Warner Bros at the time for their RatPac production company.

‘I have the opportunity of a lifetime for u,’ Packer wrote to Kirk in a late night text in September 2013. ‘Come to (the Hotel) Bel air now. U will never be able to pay me.’

Packer promised to introduce Kirk to ‘the most important man u can meet’.

Some messages imply that Ms Kirk believes that she was used to help close the $450-million co-financing deal for Packer and Ratner’s RatPac Entertainment.

Tsujihara has apologised over his role in the alleged affair and said he ‘deeply regretted’ mistakes he’d made in his personal life. 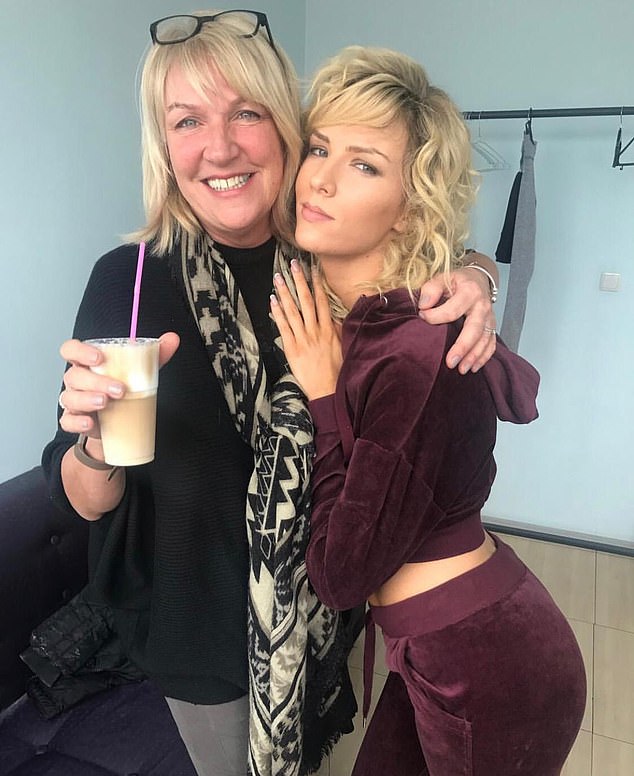 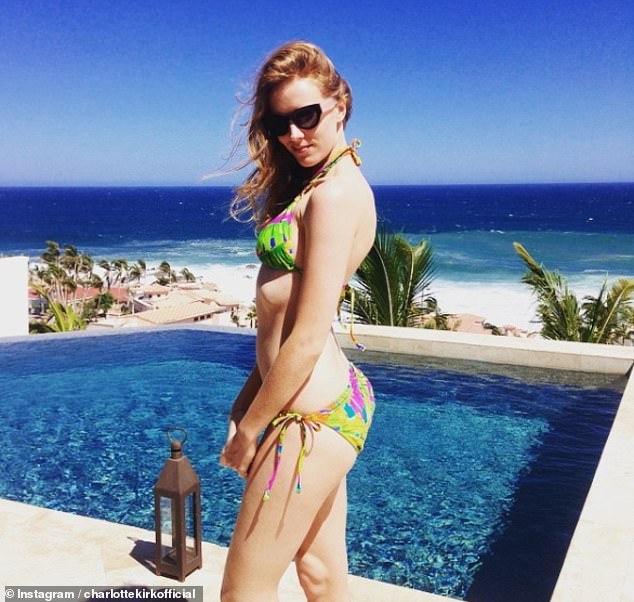 Ms Kirk (pictured) is at the centre of a sex for roles scandal over claims she had a fling with Warner Bros boss Mr Tsujihara, who allegedly promised to find movie roles for her

Yesterday, the Hollywood Reporter alleged that Ms Kirk pressurised movie moguls Ratner and Avi Lerner to give her a role in the upcoming Hellboy film, something which the actress strongly denies.

‘It’s nonsensical,’ she said. ‘[Hellboy director] Neil Marshall saw my audition and believed I was the best actor for the role, simple as that.

‘The character of Alice was written as a 26-year-old East End girl with strawberry blonde hair and an attitude – that’s me in a nutshell! Avi supported Neil’s choice because he believed in the director’s vision for the movie.’

She was not cast in the role, she added, only because ‘they were both overruled’ by the Die Hard and Tomb Raider producer Lawrence Gordon, who controlled the rights.

‘At the end of the day, that’s show business,’ she said. ‘Instead, I went on to play the title role in the feature film Nicole and OJ.’

It comes after her mother, Angie Kirk, 58, told MailOnline that her daughter had not slept her way to the top, insisting that ‘the roles she has won, she has won on merit alone.’