A British couple ‘lost everything’ when Hurricane Irma tore a devastating path across the Virgin Islands, destroying their home just days after they got married.

Michael and Jade Scott, from Derby, are stuck in the torn-apart Caribbean islands trying to get back into the UK after they were forced to flee their rented property in Virgin Gorda.

The young newlyweds lost their home and personal belongings when the hurricane ripped through the islands, killing 25 people. 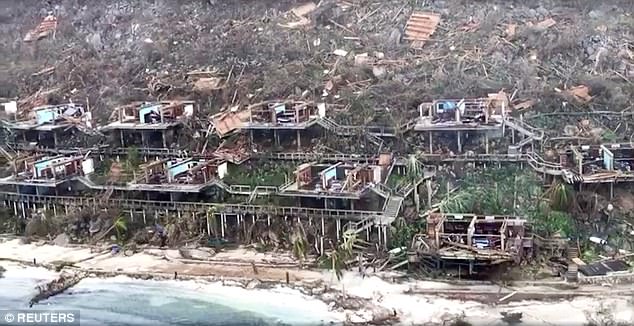 The Scott’s were forced to evacuate within hours of landing on Virgin Gorda last Tuesday, having returned from a six-week summer break in the UK where they tied the knot.

The pair started a new life together on the island in December after Michael, 24, accepted a job as an engineer and Jade, 23, found a job as a reservations associate.

Jade’s mother Jan Harrison-Ashley said she feared for the lives of her daughter and new son-in-law when she could not get hold of them for more than two days.

Speaking to the Derby Telegraph she said: ‘Jade sent me a video last Wednesday showing the high winds and rain and I told her to keep sending me updates so I knew they were safe but that was the last I heard from them in two days.

‘I can’t tell you how worried I was – I’ve never cried so much before in my life. I was pulling my hair out of frustration that I couldn’t find anything out.

‘I got word on the Friday someone in the island was going around with satellite phones and I kept my fingers crossed we’d hear something. And then we had a message from them to say that they were coming home.

‘They have lost everything. The hurricane has come and it’s taken where they live, where they work – it’s taken the whole island.

‘Their evacuation was so quick so they had to leave a lot of their belongings behind including their car, clothes and furnishings.’ 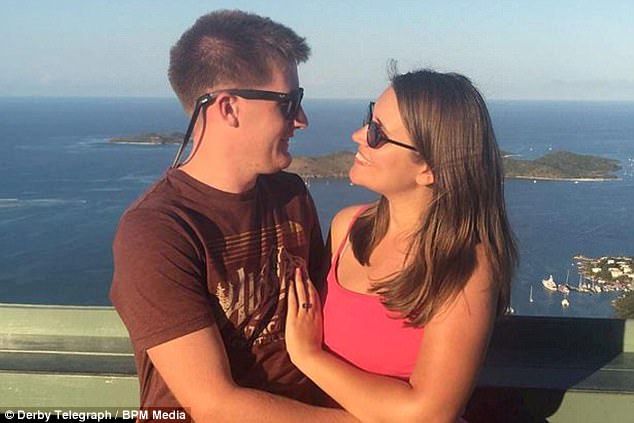 The pair started a new life together on Virgin Gorda in December after Michael, 24, accepted a job as an engineer and Jade, 23, found a job as a reservations associate 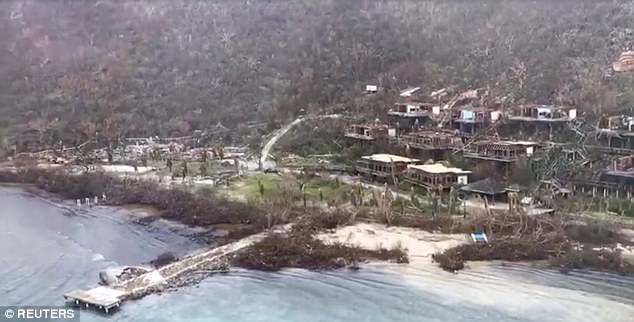 Mrs Harrison-Ashley said the couple were fearful they had lost most of their money as the bank where they invested their savings was also flattened.

Jade’s mother added: ‘They were evacuated just hours after returning home. I’m quite angry at the moment because I don’t know why they were allowed to be flown back given the conditions. The pair knew there was a hurricane but didn’t know how severe it was going to be.

‘We don’t know when they are due back in Derby because lots of people are trying to get flights but hopefully it will be soon.

‘They are staying at a hotel in Puerto Rico until they can get a flight but they are safe and that’s the main thing.

‘They do feel very lucky to be alive and that they can come home and start again.’ 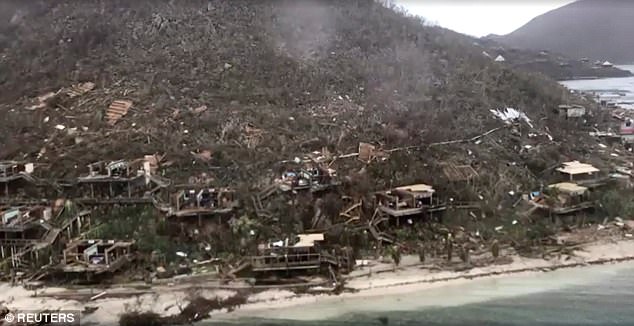 The Scott’s were forced to evacuate within hours of landing on Virgin Gorda last Tuesday, having returned from a six-week summer break in the UK where they tied the knot

Mrs Harrison Ashley said it was vital the Virgin Islands gets all the help it needs to recover from the natural disaster.

‘Everyone thinks the Virgin Islands are the playground of the rich and famous and it’s for the super-rich.

‘But the people who live there are not like that. They are down-to-earth people who have now got nothing.

‘The island needs help – without it I don’t know what is going to happen.’