Britain and the EU will keep discussions open and formulate a ‘mini-deals’ even if an overarching plan for the UK post-Brexit can’t be agreed upon.

It comes ahead of a highly-anticipated European Council summit on October 15, with Boris Johnson having said he wants the outline of a trade agreement to be in place before it starts – and threatened to walk away if it is not. 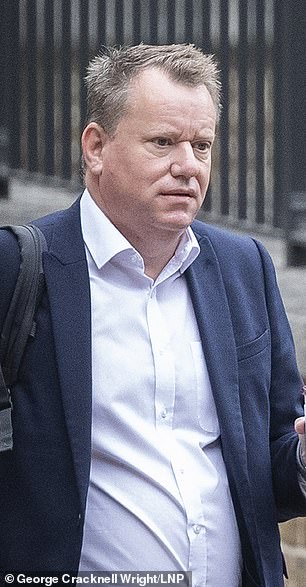 He told EU ambassadors that he does not want the summit to discuss any possible compromise over areas like fishing to avoid an angry outburst by the temperamental French President Emmanuel Macron.

But, in a sign that relations could be softening between the two sides, a senior EU diplomat told The Times that ‘member states are becoming a bit nervous’ and ‘contingency planning’ has begun to cushion the worst effects of no-deal.

If there is no deal agreed by the PM’s deadline, the diplomat believes ‘negotiations will continue’. The end of October will act as the real finishing line. 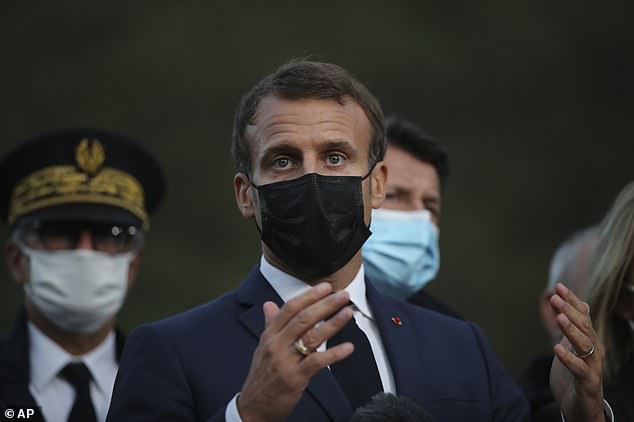 Should Brexit happen without a ‘mini-deal’ in place for transport – for example – legal restrictions could be slapped onto on lorries bringing items from the UK into Europe.

While some countries want a pre-formulated no-deal plan in place in case discussions aren’t successful, Mr Barnier thinks this would give too much away as talks continue.

It follows reports that Mr Barnier told EU ambassadors that he does not want the upcoming summit to discuss any possible compromise over areas like fishing to avoid an angry outburst by Mr Macron.

He has form for attacking Brexit deals at summits, including in Saltzburg two years ago, where he dismissed out of hand Theresa May’s ‘Checkers Deal’.

An EU source told the Times: ‘Boris keeps saying that a deal is ”oven ready” but Barnier will not want to come to leaders with any half-baked detail, especially on fish. 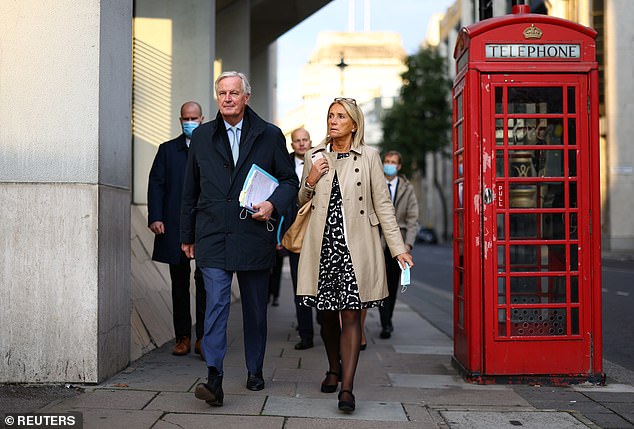 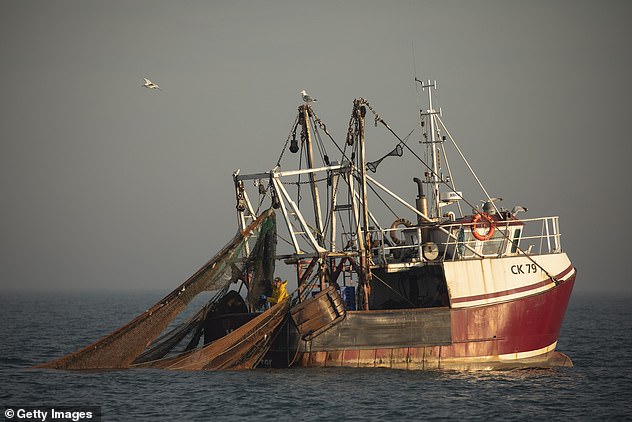 At a meeting of EU diplomats on Wednesday night, Mr Barnier said it was not ‘feasible’ for European trawlers to keep the same access to UK waters as they have now

‘That can be dangerous and unpredictable as we learnt in Austria. Macron is on a short fuse.’

Further talks are scheduled in Brussels ahead of the summit.

Nearly two-thirds of the public back the decision to end the principle of free movement around Europe.

A study found that, more than four years after immigration concerns contributed heavily to the Brexit referendum result, the majority of Britons say people from EU countries who want to live and work in the UK should have to apply first.

Most believe that would-be immigrants from countries such as France or Poland should be treated no differently than those who want to come from Australia or Pakistan.

The British Social Attitudes survey report said: ‘Voters do think that the job someone does should make a difference.’

The two sides say they are inching towards a deal for after December 31, though sticking points remain on fishing, level playing-field issues and governance.

Downing Street said yesterday that despite the short face-to-face between Lord Frost and Mr Barnier, talks would continue between their teams.

A spokesman added: ‘We have had useful discussions this week and progress has been made in some areas.

‘However there still remains differences on some important issues. But we remain committed to trying to agree an FTA and we will work towards that today and next week.’

It came as French officials on Thursday refused to back down over access to UK fishing waters – despite the EU’s chief negotiator urging them to be more ‘realistic’ in Brexit talks.

European affairs minister Clement Beaune insisted that France would not sell out its fishermen amid calls for a compromise.

At the meeting of EU diplomats on Wednesday night, Mr Barnier said it was not ‘feasible’ for European trawlers to keep the same access to UK waters as they have now.

But Mr Beaune said yesterday: ‘Our fishermen will not be a bargaining chip for Brexit, they will not have to pay the price for Britain’s choices.’

Speaking in the Netherlands – which also wants access to UK coastal waters – he said a deal ‘remains possible’, but ‘certainly not by sacrificing the interests of our fishermen’.

Mr Johnson and European Commission president Ursula von der Leyen agreed at the weekend that negotiations should ‘intensify’ in a final push for an agreement.

He said the UK Government faced a ‘moment of truth’ ahead of this month’s summit. 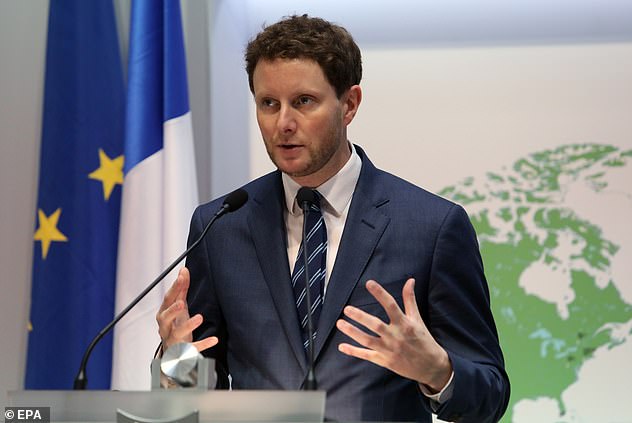 European affairs minister Clement Beaune (pictured) said on Thursday: ‘Our fishermen will not be a bargaining chip for Brexit, they will not have to pay the price for Britain’s choices’

EU heads of state and government are set to decide then whether to press on with negotiations with Britain or ramp up their No Deal preparations.

Mr Johnson has said that Britain could still walk away from talks if a deal looks unlikely.

But Mr Barnier told EU ambassadors on Wednesday night that he believes the UK will stay at the negotiating table.

Mr Michel, who chairs EU summits, said Britain had failed to soothe Brussels’ concerns on the key sticking points that have hindered progress over the summer.

‘To get to an agreement we need significant steps to be made by our British friends in the coming days, not only on fisheries but also on a level playing field and governance,’ the former Belgian prime minister said.

‘Progress has been made but it’s not enough. This is the moment of truth. It’s now for the UK to restore trust, and to put all its cards on the table.’

His comments came after talks with Irish premier Micheal Martin, who said: ‘The mood appears to have changed. There’s been more intensified engagement. Mood is one thing, but it does need substance to follow the mood.’

It came as it was confirmed that lorry drivers using the Channel crossings in Kent will need an access permit to enter the county following the end of the Brexit transition period on December 31.

The scheme, originally announced last month by Cabinet Office Minister Michael Gove, is intended to stop the county’s roads being clogged up once customs controls with the EU are reimposed from January 1.