Britain at its best: The gloriously beautiful Lincolnshire market town of Stamford

Britain at its best: Lights, camera and genteel action in the gloriously beautiful Lincolnshire market town of Stamford

You may know Stamford without realising it.

This gloriously beautiful Lincolnshire market town has been the setting for many costume dramas, including the 2005 film Pride & Prejudice, in which it almost outshone Keira Knightley.

Stamford is one of those rare places in England which, aesthetically, doesn’t put a foot wrong. Most of it is built from creamy Clipsham limestone.

On the bridge over the River Welland, people stop to gaze at a swan guarding cygnets on her nest. The stretch of water explains why a settlement grew up here in Saxon times, and a hill rises steeply enough to save the upper part of the town from flood.

Now, nearly nothing remains of the Norman castle or town walls. They were demolished in the Middle Ages when the town was made rich by wool. That trade declined by the 16th century, but Stamford was still wealthy enough to build churches. Only five remain — but they’re fabulous.

The spire of All Saints was built by the Browne family: William Browne, described as ‘a merchant of very wonderful richnesse’, also built the almshouses known as Browne’s Hospital in Broad Street, among the best of their kind in England.

In 1697, the traveller Celia Fiennes thought Stamford ‘as fine a built town all of stone as can be seen.’ Actually, it was not quite all of stone: some timber-framed buildings, their first floor ‘jettied’ (projecting) over the street, remain. There are also Queen Anne or early Georgian houses, with pilasters and hipped roofs. 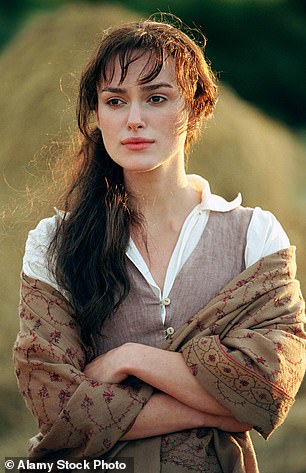 One of Stamford’s charms is the mix of different styles. Antiquarian books, vacuum cleaners, a musical instruments — all are displayed behind shopfronts that have not changed much since Regency times.

It was the Great North Road —now the A1 — that made Stamford hum in the 18th century. There were numerous coaching inns: the biggest and most famous, The George is unmissable, even now, as its name is emblazoned on a beam spanning High Street.

Stroll along the riverbank from the hotel and you reach the park of Burghley House; a rather longer stroll, down mighty avenues and past ancient sweet chestnut trees, takes you to the house itself, built by Elizabeth I’s Lord High Treasurer, William Cecil.

It’s no coincidence this splendid building lies next to so harmonious a town — as the Burghley estate owns quite a chunk of Stamford, and the Cecils controlled its destiny (they stopped a canal and railway main line, so opposed were they to industrialisation).

At Burghley, Italian painter Antonio Verrio spent a decade from 1687 decorating walls and ceilings. One great room shows, in the words of the guidebook, ‘Gods and Goddesses disporting themselves as Gods and Goddesses are wont to do’. It’s called The Heaven Room. Which is fitting. Stamford and Burghley House are both heavenly.