Britain awaits a Brexit Party landslide: European election turnout is projected to be UP to 38% in promising sign for Farage as he boasts he’ll be ‘king maker’ in Tory leadership battle

The whole of the UK is eagerly awaiting the European Union election results as it has been revealed that the turnout was up 38 per cent, an increase of 2 per cent from 2014.

The turnout in many areas had especially increased in those places that had voted to remain in the EU in the 2016 referendum vote.

People across Europe will continue to head to the polls today to cast their votes, with leaders from Belgium to Spain having been out this morning to make their decision.

It comes as Nigel Farage has also called himself a ‘king maker’ in the Conservative Party leadership battle.

The Brexit Party leader claimed that leadership hopefuls would have to earn his support if they wanted to be in with a chance of winning. 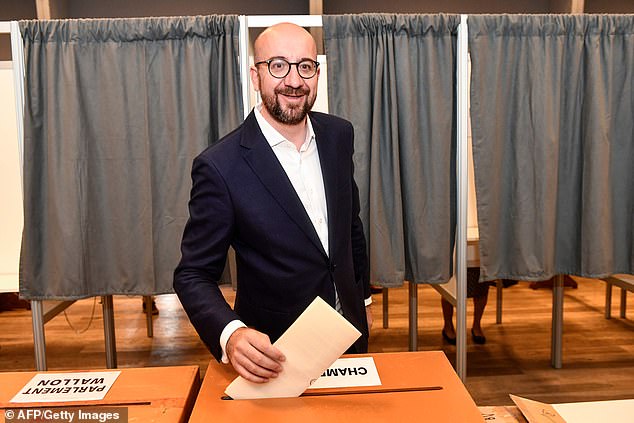 Across Europe today many are still casting their votes. Belgian Prime Minister Charles Michel (pictured above) was seen out at a polling station 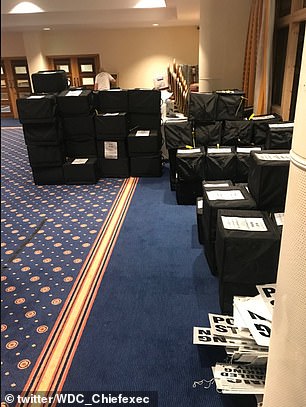 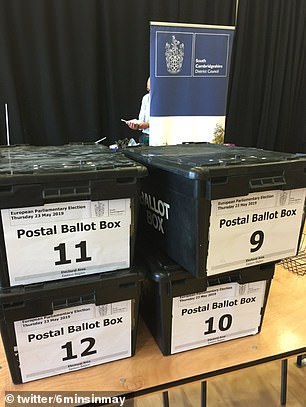 Speaking to Fox News he said that the new Prime Minister would have to accept the Brexiteer’s policy of a no-deal Brexit.

He boasted that his success at the European Parliament elections would set him up as a kingmaker in the heated contest.

‘On Sunday night, we get the results of the European elections. The Conservative Party will get less than 10 percent of the vote.

‘The Brexit Party which I founded six weeks ago is expected to top the polls with 35 percent. 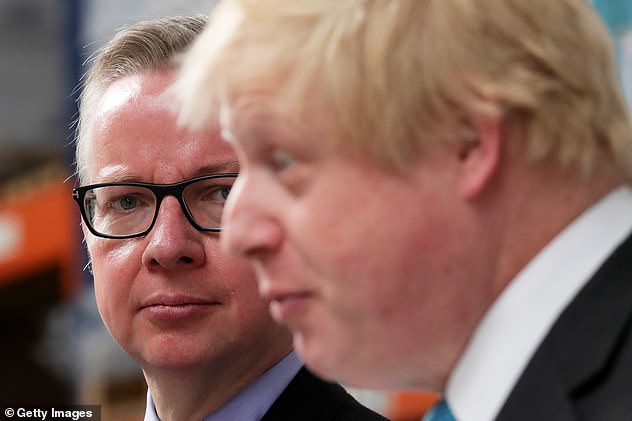 ‘Whoever the Conservatives choose, whether it’s Boris or not, without my support they won’t win the next election.’

Estimates from Number Cruncher Politics UK revealed that national turnout was up by around 38 per cent.

Some of the strongest increases were where the Green Party did best in 2014, however it also appeared that  turnout in Labour held areas had been worse.

The analysis from Number Cruncher Politics shows where people are turning up to vote and also revealed that turnout was weakest in areas where UKIP was strongest in 2014.

People across Europe continues to take to the polls today with the Five Star Movement’s party deputy Stefano Buffagni having caste his ballot at a polling station this morning.

This is while Spanish Prime Minister Pedro Sanchez was pictured in Pozuelo de Alorcon casting his vote. 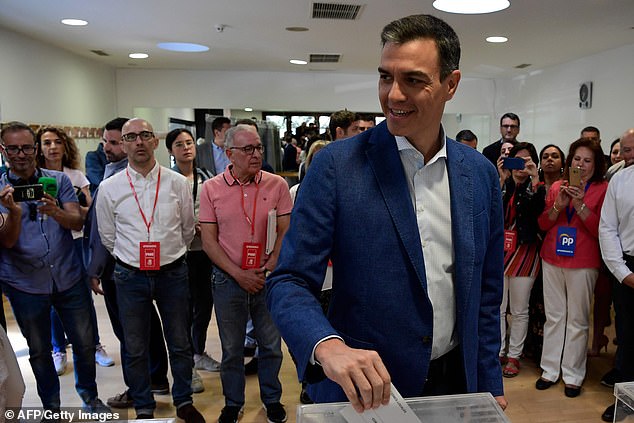 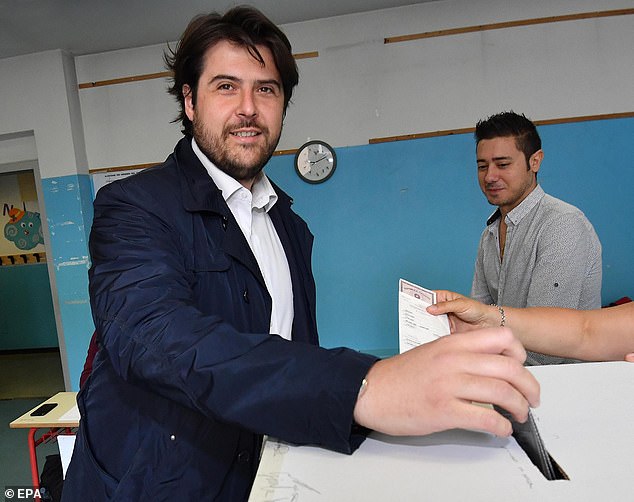 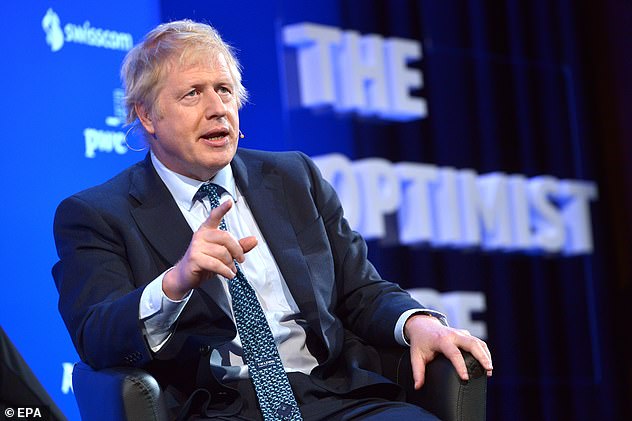 In what has been perceived as a stab at the former London Mayor (pictured), the Environment Secretary said that the next leader cannot just ‘respect’ the Brexit vote but must have the ‘wherewithal to deliver it’

‘Most of UKIP’s 2014 voters will have voted for someone else this time, but this may be some less good news for the Brexit Party (though to be clear, this does NOT mean that they won’t win)’.

It comes as more and more Tory MPs continue to announce their bid for the hot seat.

With  Michael Gove now also having announced his candidacy for the position with a veiled attack on old rival and front runner Boris Johnson.

In what has been perceived as a stab at the former Mayor, the Environment Secretary claimed that he is more ‘capable’ and said the next leader cannot just ‘respect’ the vote but must have the ‘wherewithal to deliver it’.