No need to jet abroad for a spot of February sun! Sunbathers hit the beach and enjoy picnics in the park as Britain basks in 64F temperatures ahead of half-term

Temperatures rocketed to 64F (18C) today as Britons enjoyed dramatically different weather to a fortnight ago when most of the country was shrouded in snow.

The unseasonably warm weather comes ahead of half-term which will see temperatures well above average for this time of year, with the mercury hitting around 13C during the early part of the week.

Tomorrow morning, areas in East Anglia, southern England and the Midlands are likely to wake up to low cloud and fog, although this will burn off. 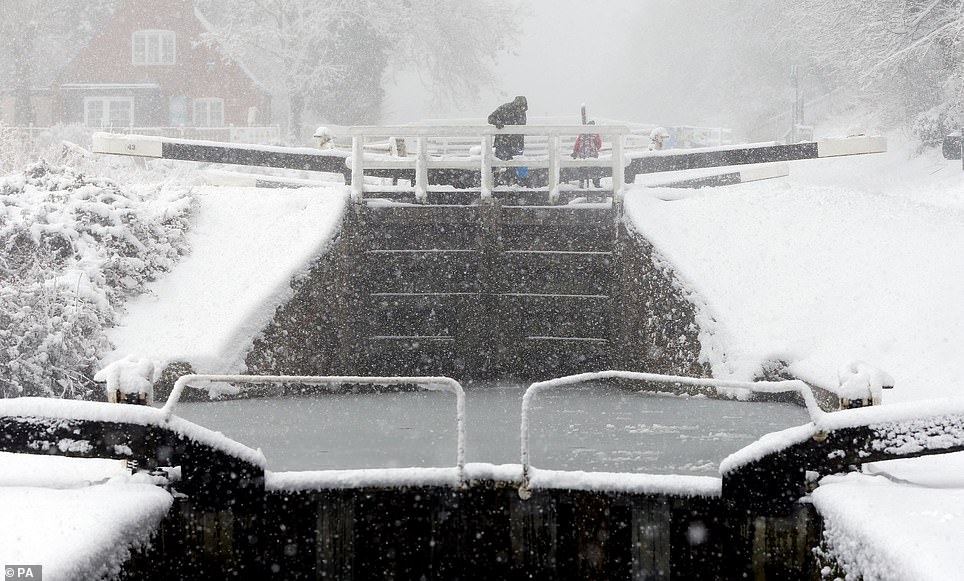 The Caen Hill locks in Wiltshire looked transformed today as Britain enjoyed temperatures of 64C (18C), considerably higher than those seen two weeks ago when the mercury plummeted to as low as minus 14.5C (5.9F) 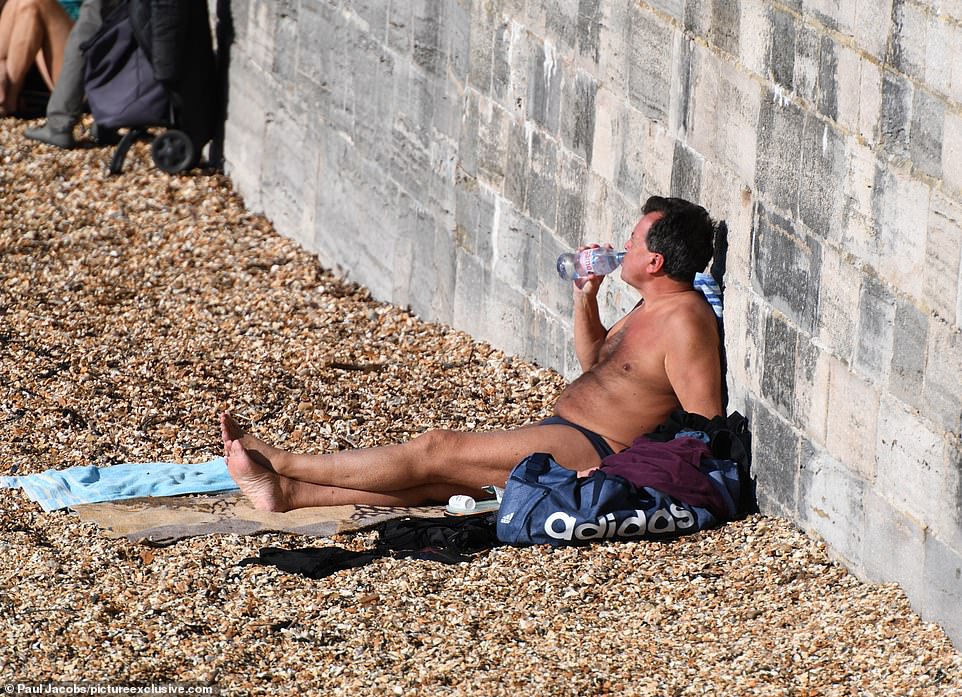 You’d be forgiven for thinking it was summer, as this chap stripped down to his swimwear for a nice afternoon on the beach in Old Portsmouth, Hampshire 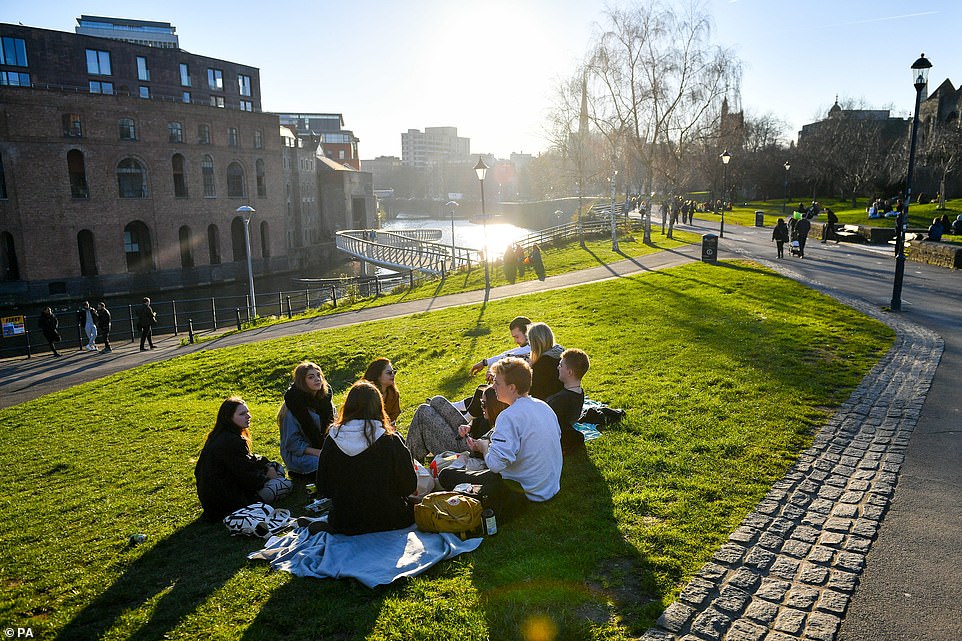 A group gathered to enjoy a picnic and relax in the sunshine as temperatures hit highs of 64F (18C) today, a stark contrast to average temperatures for this time of year which typically hit around 8C (46F) 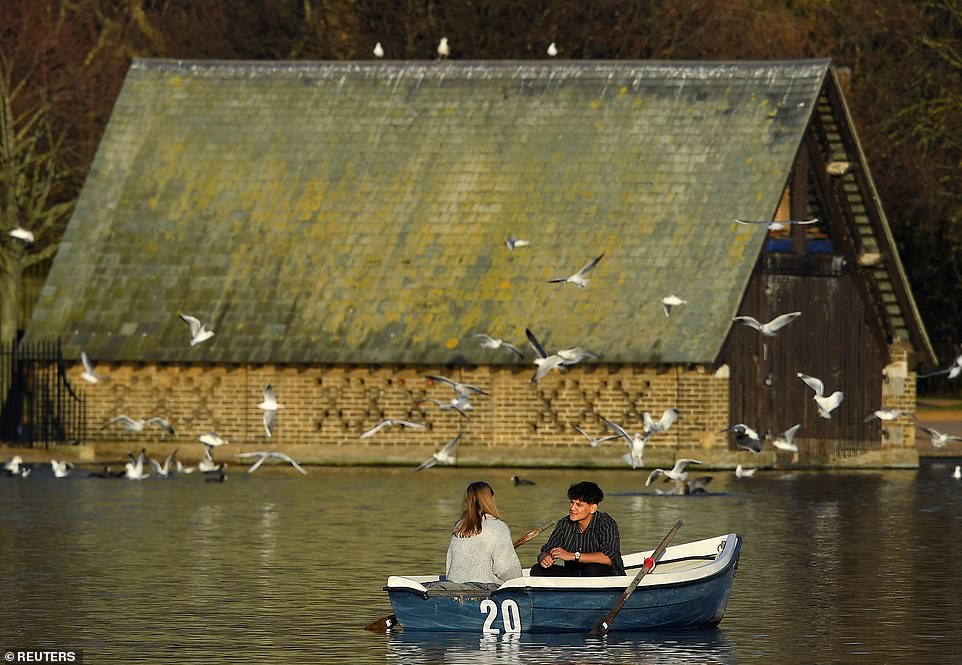 People row during late winter sunshine on the Serpentine lake in Hyde Park, London as Britain sees its warmest weather recorded on this day for the last 21 years 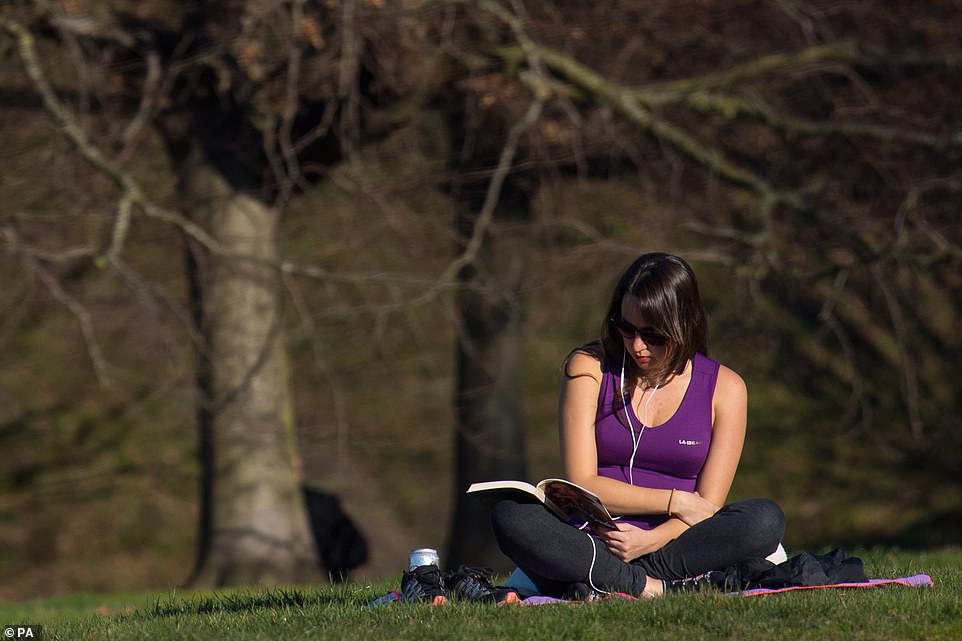 A woman reads in the sun in Greenwich Park, south London as temperatures rocket across the country. Those on half-term next week should also be expecting above-average temperatures – but not quite to the extent we saw today 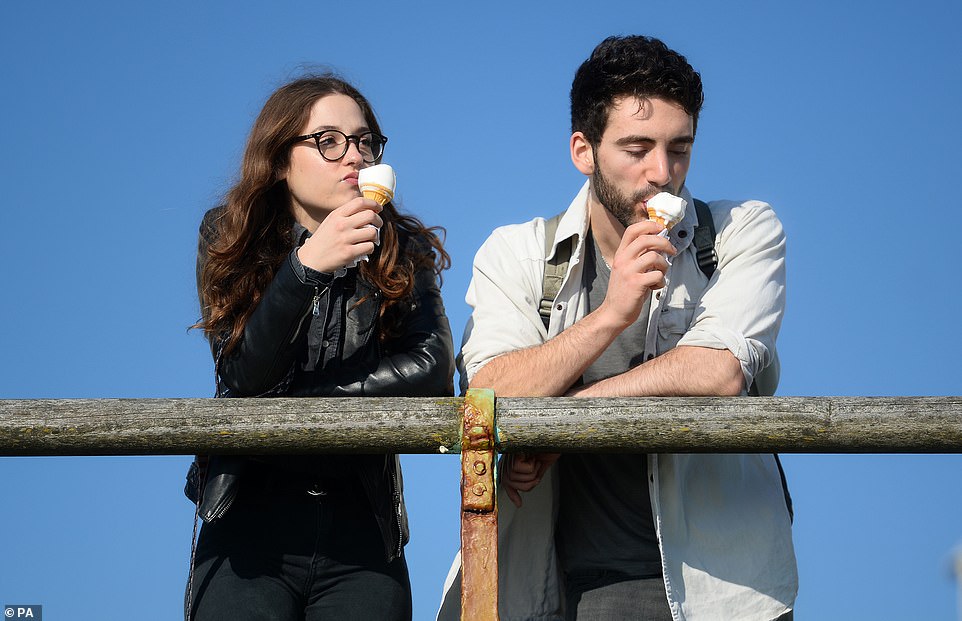 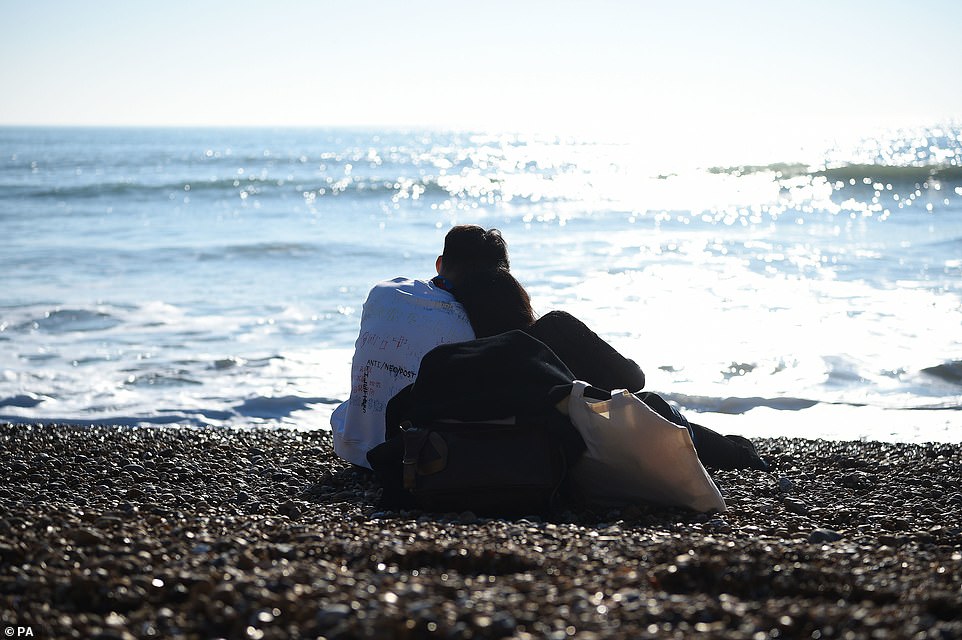 Most of the country will remain dry apart from some showers in Scotland.

Early next week, dry and bright conditions are expected in the south east, although patchy rain will hit the west and north west with strong winds also likely.

On Thursday and Friday, the dry and bright conditions should reach the north and Scotland, although there is a small chance of snow in eastern areas.

The Met Office predicts that March should see long periods of settled weather across the UK with snow confined to higher ground in the north. 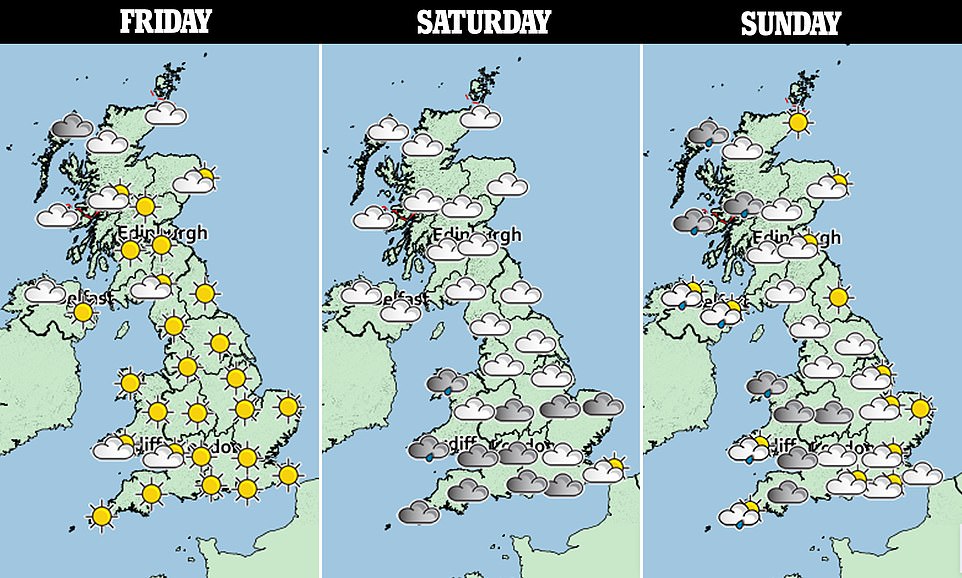 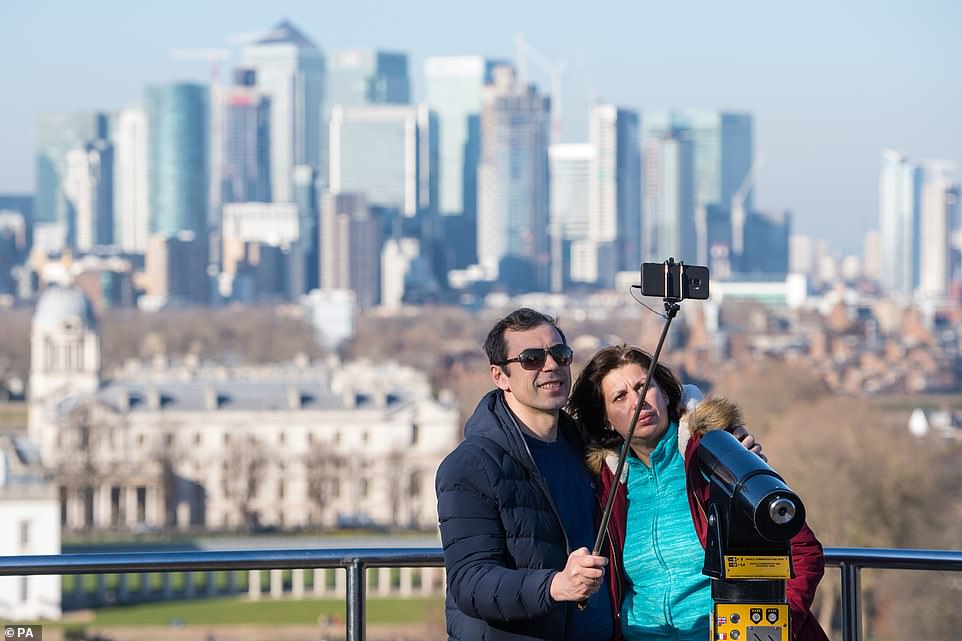