Britain braces for ‘severe’ storms and deluge into next week

Lockdown’s not much fun in the rain! Shoppers duck for cover as the heavens open and Britain is given a taste of what it will be like dealing with coronavirus this winter

Briton’s got a taste of winter lockdown as torrential rain showers battered much of the country as people continued to queue up outside shops due to Covid-19 restrictions.

Also, for bars and restaurants which have recently reopened with outside dining areas, the Saturday afternoon deluge was a cruel blow for businesses attempting to recover from the shutdown.

The Met Office placed a yellow thunderstorm warning for much of the South and the South West with serious disruption expected across the regions.

Despite a sunny start to the day, heavy rain affected huge parts of the UK with reports of several inches falling in a couple of hours.

The Roman city of Bath experienced torrential downpours this afternoon as shoppers in the city centre ducked for cover from the showers.

Britain is being battered by thunderstorms and torrential rain today. Pictured: shoppers wearing face masks in Bath brave a torrential downpour this afternoon 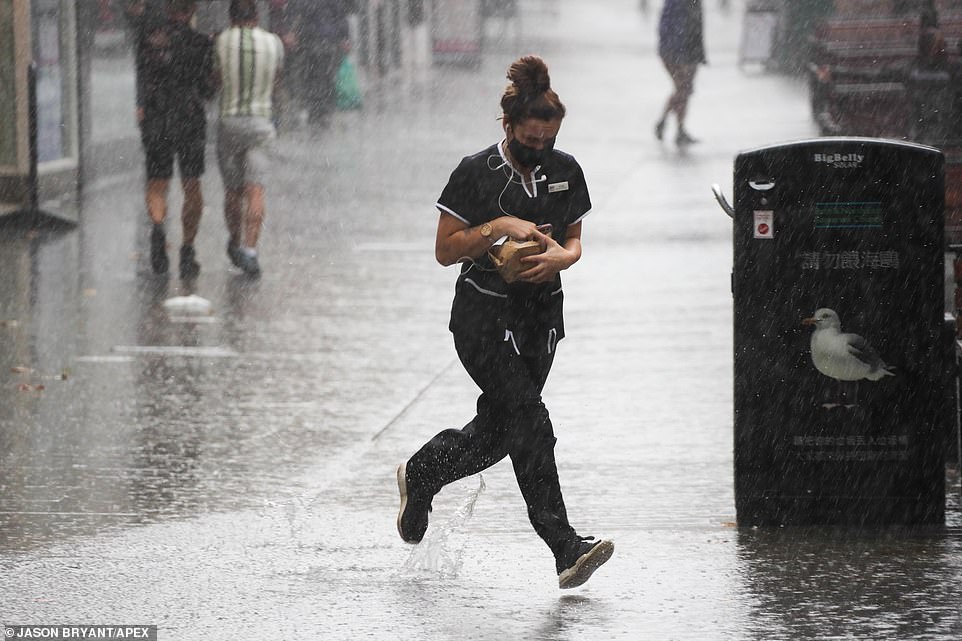 The Met Office have put in place a yellow thunderstorm warning for much of the South and the South West with serious disruption expected across the regions. Pictured: a woman runs for cover in Bath during a rain storm 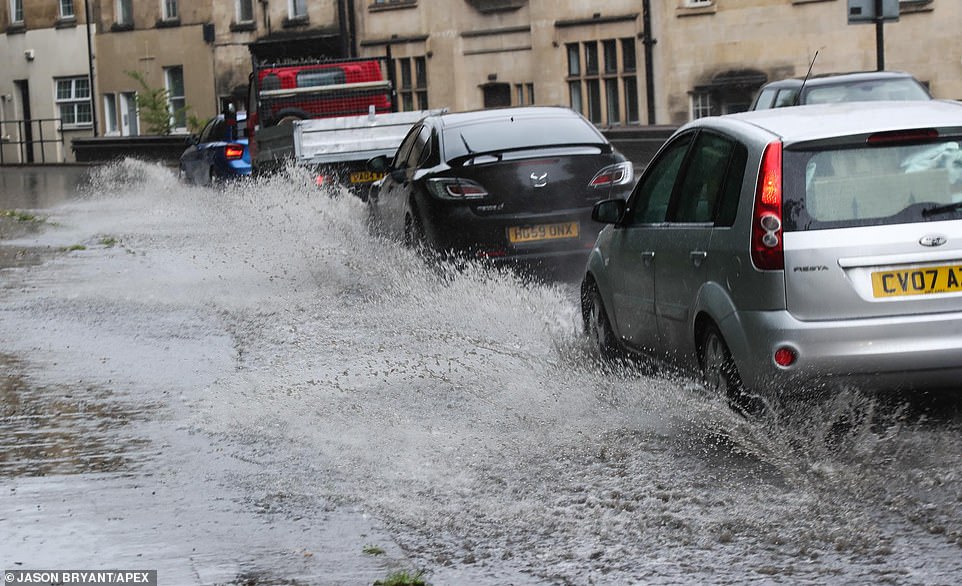 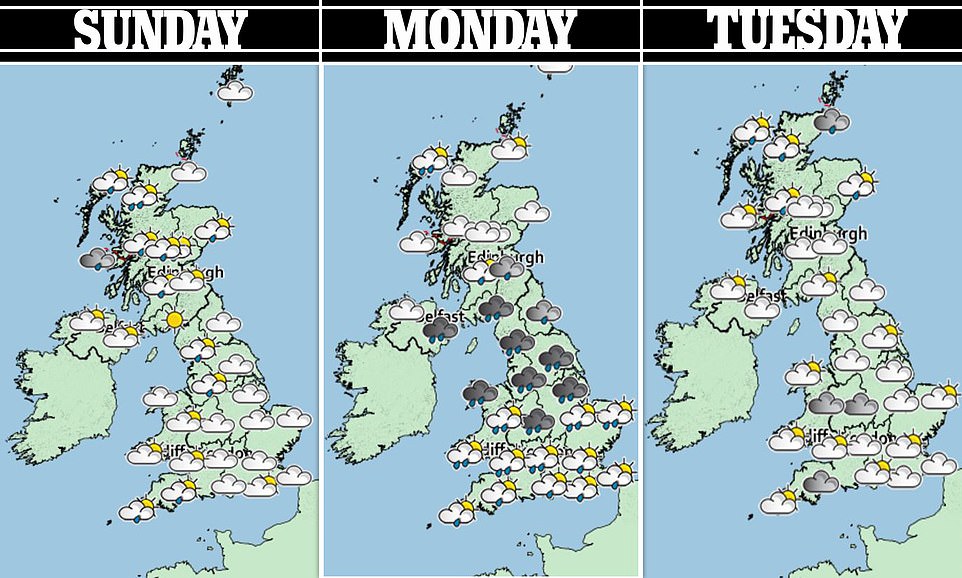 The abrupt end to the UK’s short-lived heatwave comes just days after hundreds of sun-seekers flocked to Bournemouth, Dorset and Cornwall to enjoy sizzling temperatures of 77F (25C) as the official school holidays began.

A Met office spokesman said: ‘There will be some periods of heavy rain, especially towards mid to late afternoon across the south coast.

‘So there is a feature moving up the English channel that will bring some heavier rain to the south coast with places like Eastbourne and Brighton getting to see some heavier showers.’

Today’s temperatures will be a lot cooler than the 37.8C reached on this day last year – the highest ever temperature recorded in the UK. The mercury is expected to hit 77F (25C) in the east this afternoon. 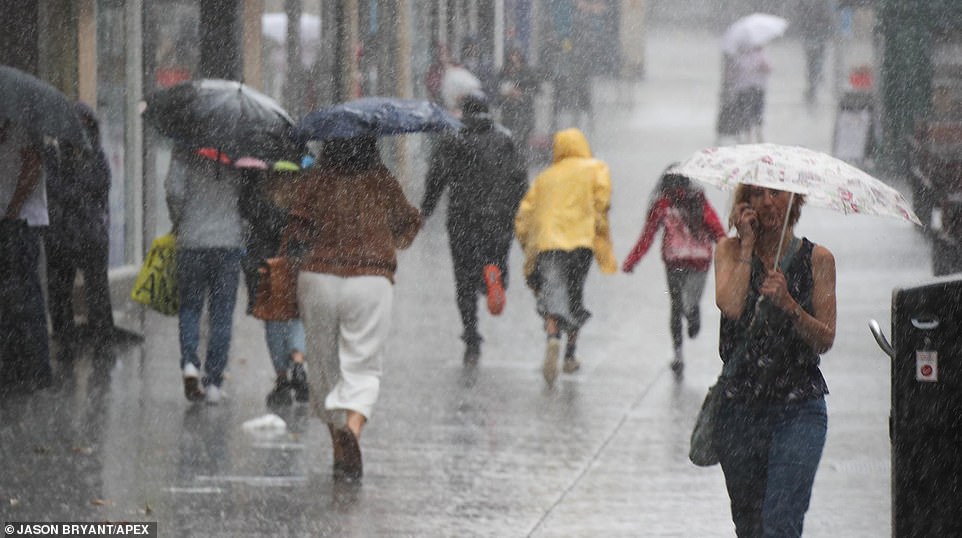 Some parts of the UK could even get 20mm of rain in just an hour and 30-40mm over a few hours. Pictured: shoppers in Bath embrace the rain 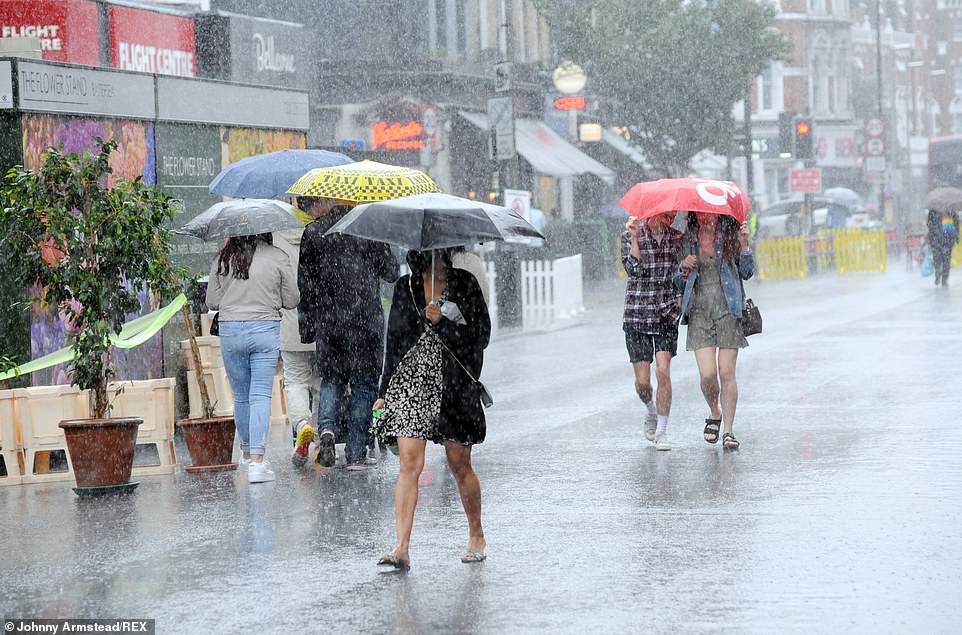 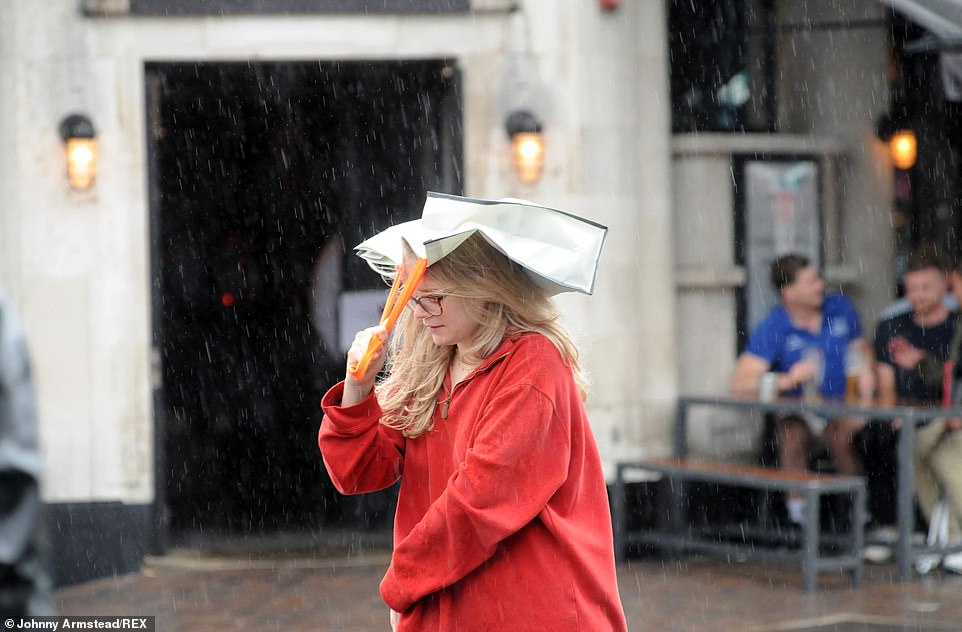 Despite a sunny start to the day, heavy rain is predicted into the afternoon and further showers will continue into the evening, especially in the west. Pictured is a shower in Battersea, south London today 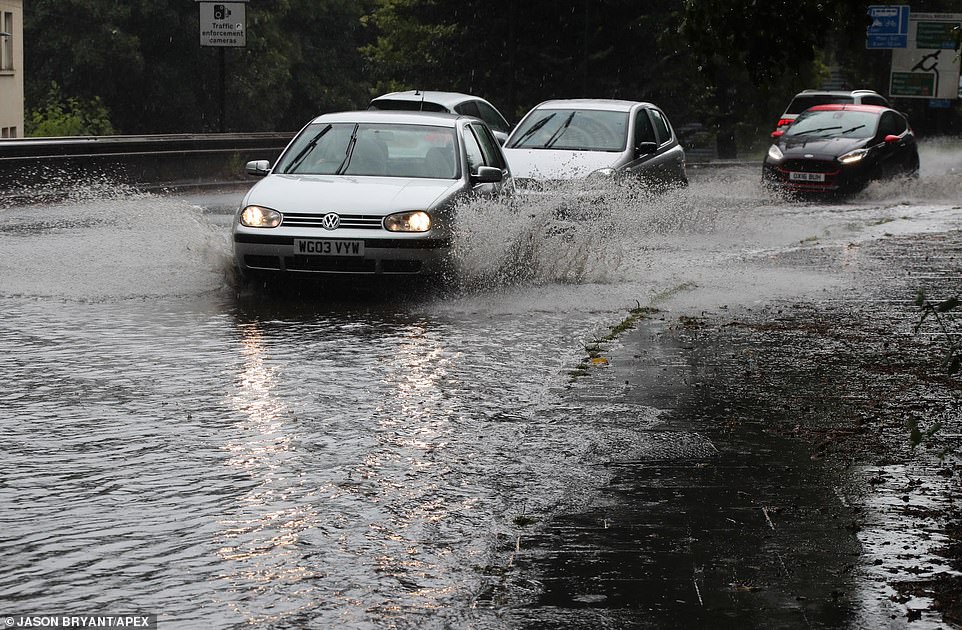 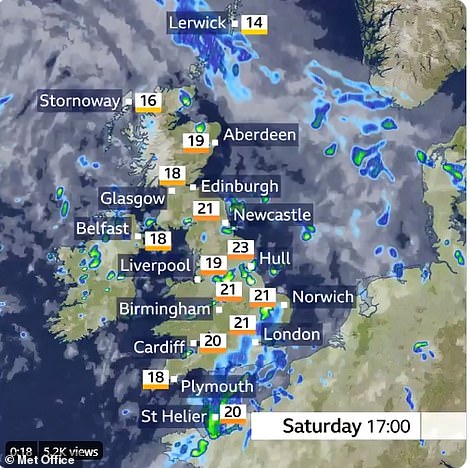 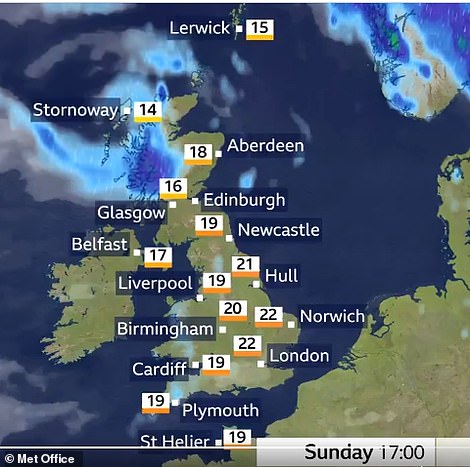 On Saturday, the band of clouds will being some heavier rain to the south coast (left) and by Sunday there will be sunny spells (right) 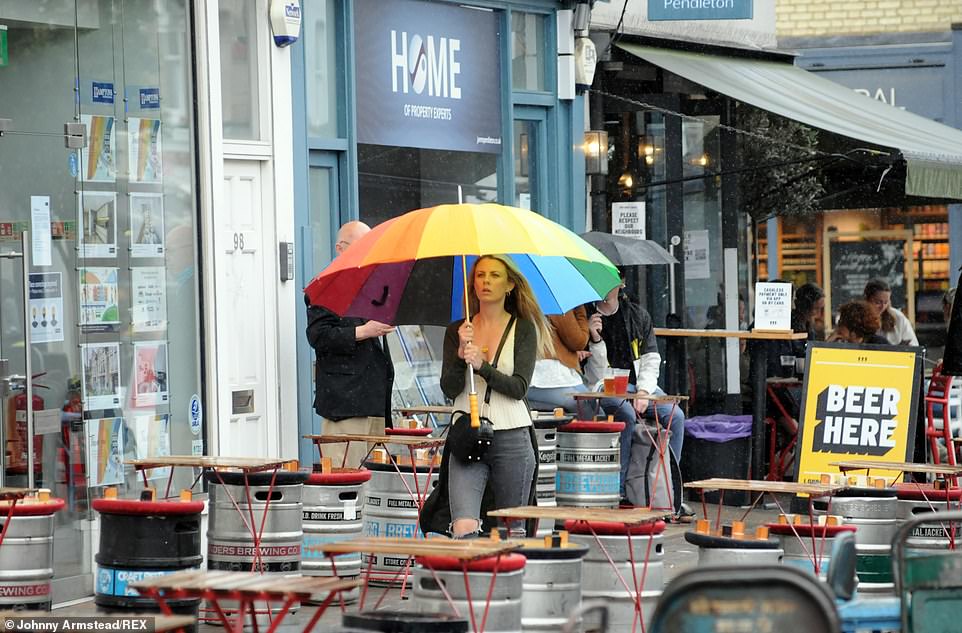 A woman holds a colourful umbrella on Northcote Road in Battersea, south London this afternoon to protect herself from the heavy rain 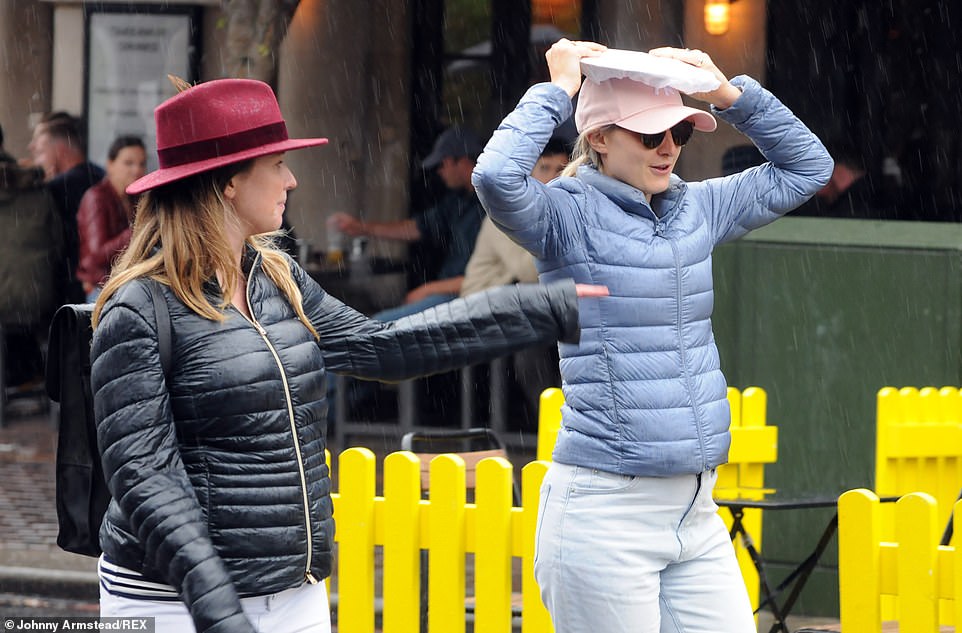 There are currently five flood alerts in place in the West Midlands. Pictured: a woman in Battersea, London, protects herself from the rain 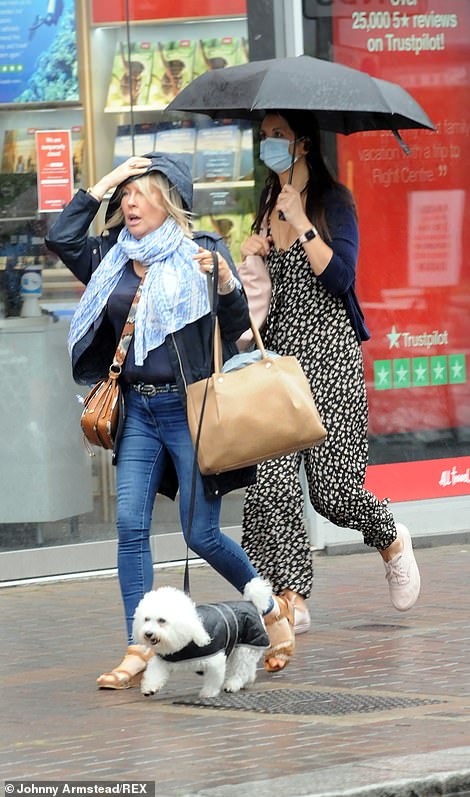 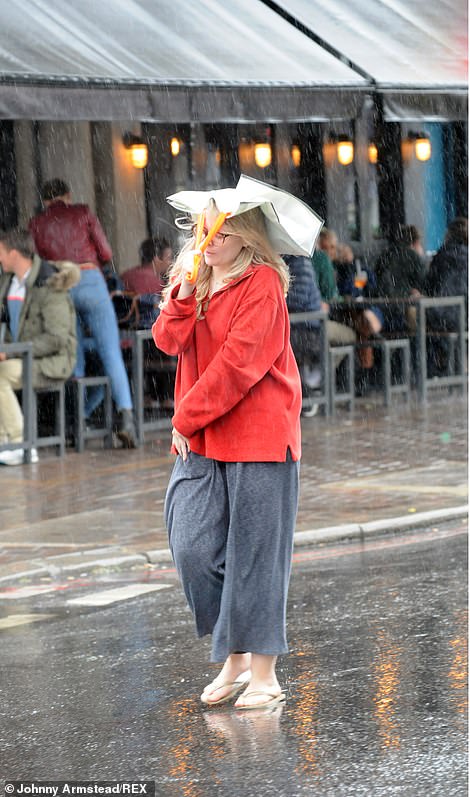 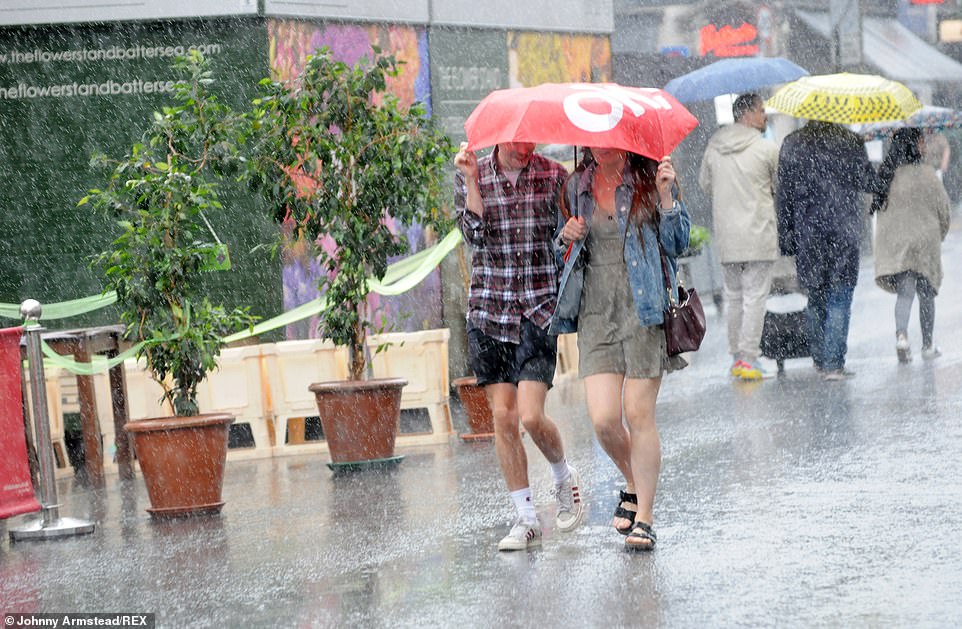 Britain is being battered by thunderstorms and torrential rain today. Pictured: a couple shelter from a storm using an umbrella in Battersea 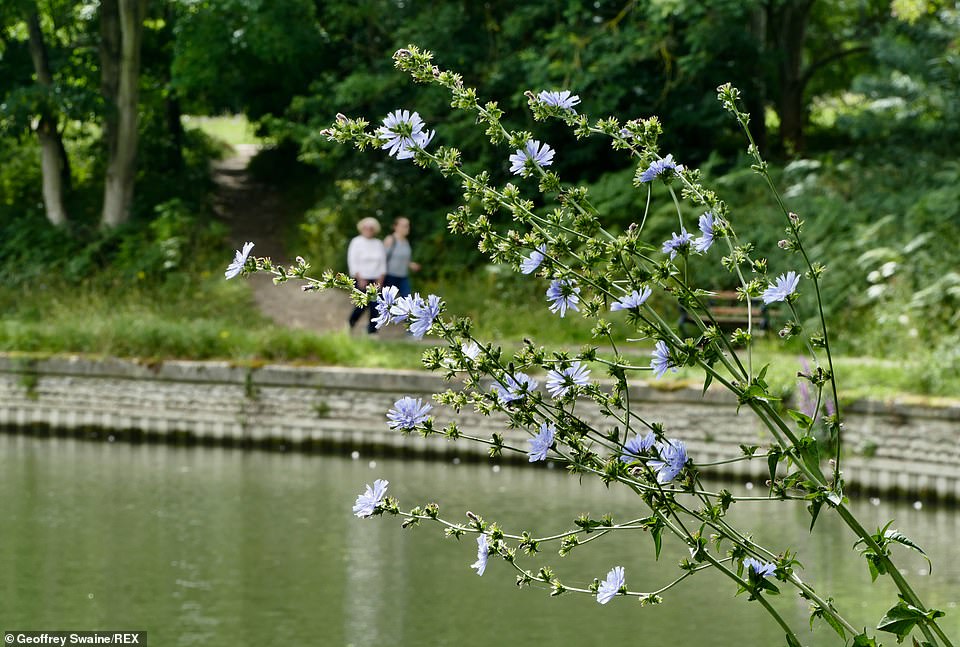 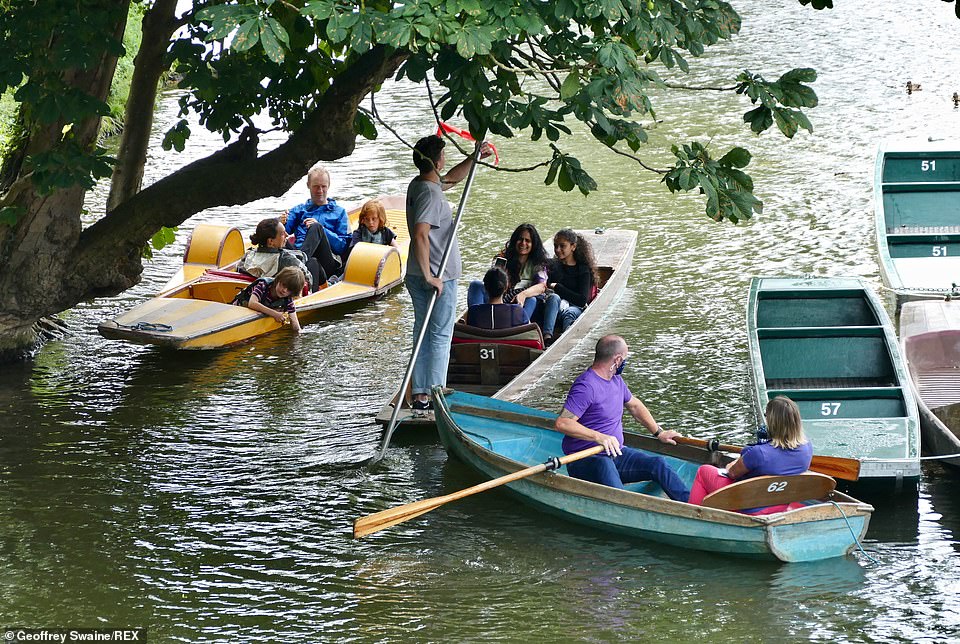 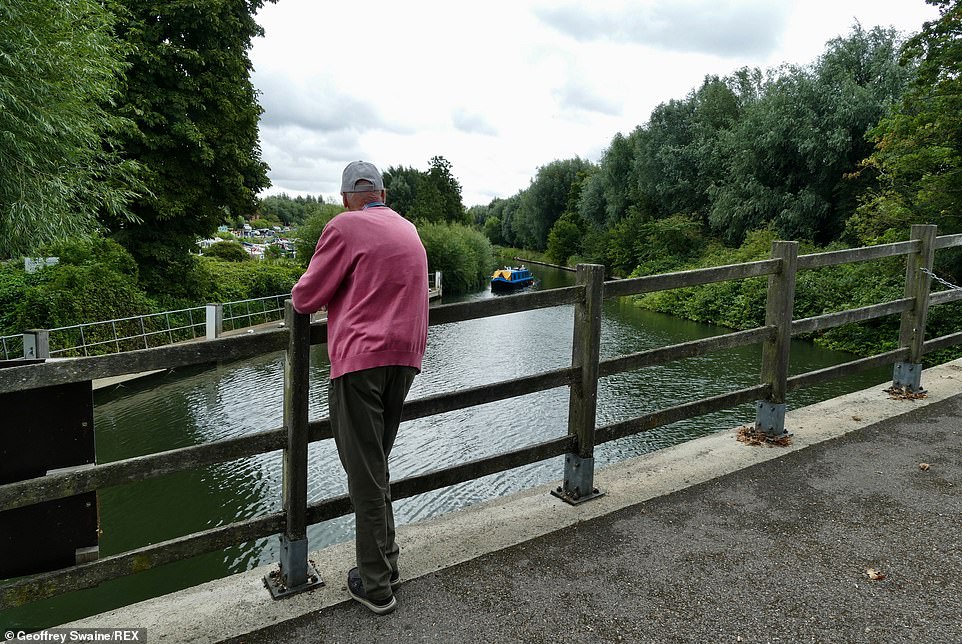 Despite the torrential downpours seen in some southern parts of the country today, in Oxford many were seen out and about enjoying the warm temperatures

On Sunday there will be some more persistent rain towards the North West of Scotland and it will be a little cooler than today with highs of 23 to 24C.

Forecasters are predicting a changeable start to the school holidays with unsettled conditions continuing through to at least the first week of August.

The Met Office’s forecast for the rest of the coming week states: ‘The unsettled theme seems likely to continue with scattered showers and strong winds interspersed with sunny spells across much of the country.’

Further rain and strong winds are expected at the beginning of August, with the ‘best of any drier weather’ in the South.

‘It is generally likely to be on the cool side for much of the country with any warmer spells more likely across south-eastern parts,’ the Met Office adds.