Britain faces five days of rain as forecasters warn of floods, 50mph winds and even SNOW

Forget April showers – parts of Britain are set for a deluge over the coming days.

Although tomorrow should begin dry and bright at first, a further low pressure area is due to arrive from northern Europe in the South East by evening.

The Met Office has issued a warning for Sunday evening and through the whole of Monday for more than two-and-a-half inches of rain.

Snow is also possible for a time on the North and South Downs – although it is unlikely to settle – along with winds of up to 50mph in exposed coastal areas.

More than an inch of rain fell in parts of the West Country in the 24 hours to yesterday lunchtime, and there was almost an inch in South Wales, while most areas of England and Wales were grey and wet yesterday. 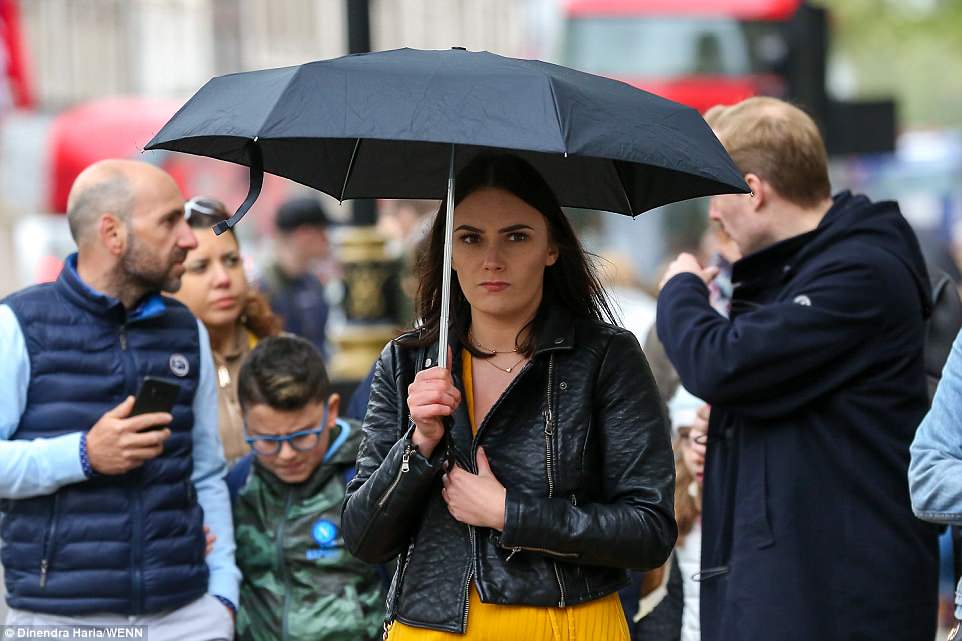 A woman holds an umbrella during rain in Westminster, central London, amid renewed wet weather in the UK 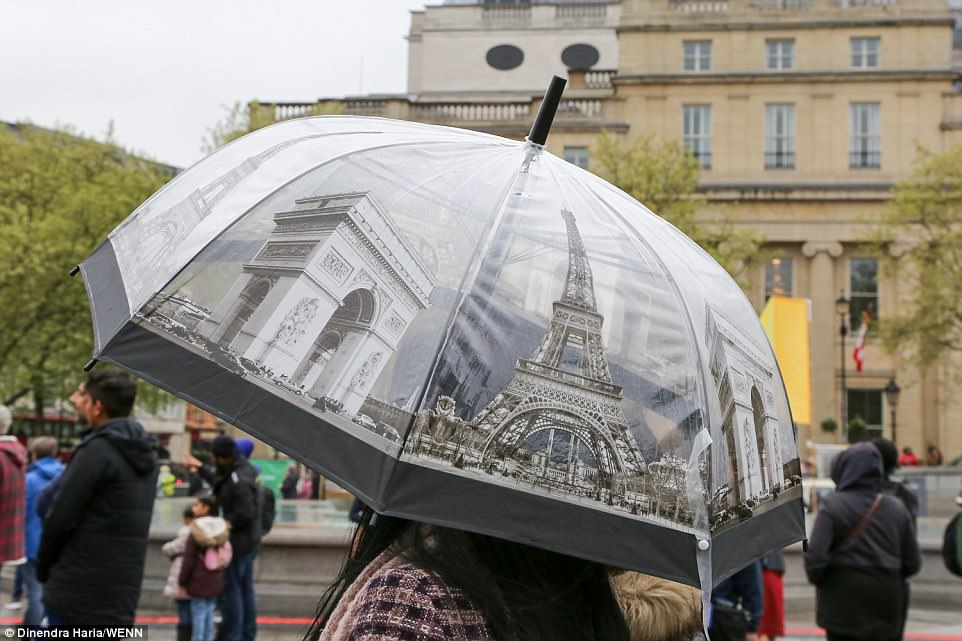 A tourist holds an umbrella decorated with Paris landmarks as she stands in Trafalgar Square, London, today 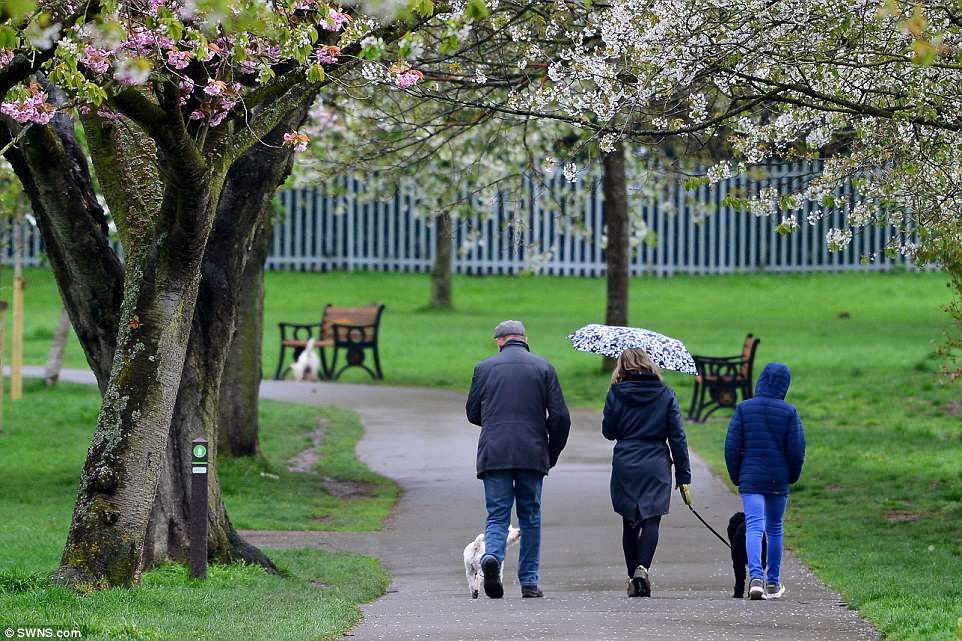 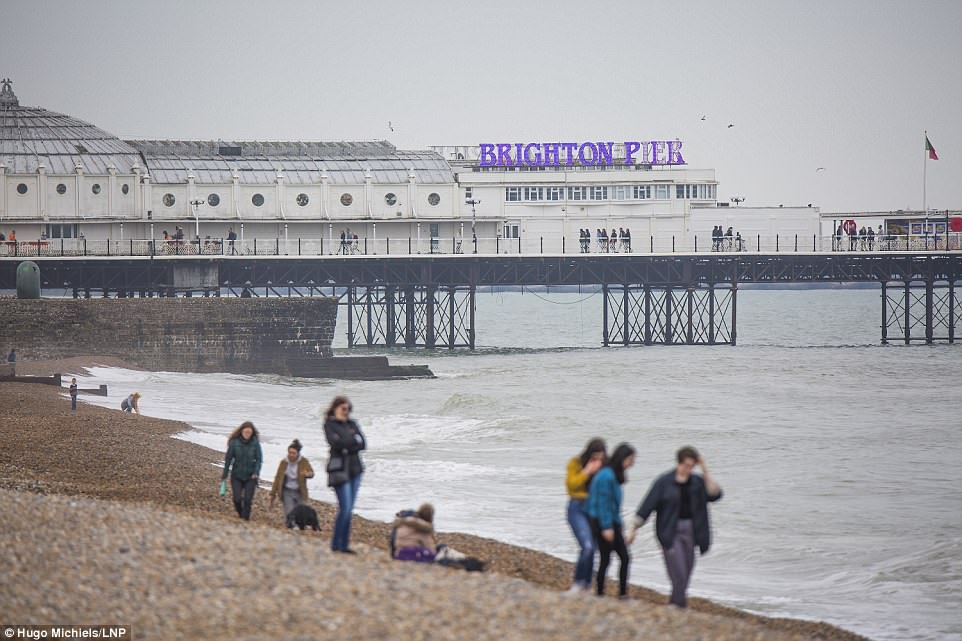 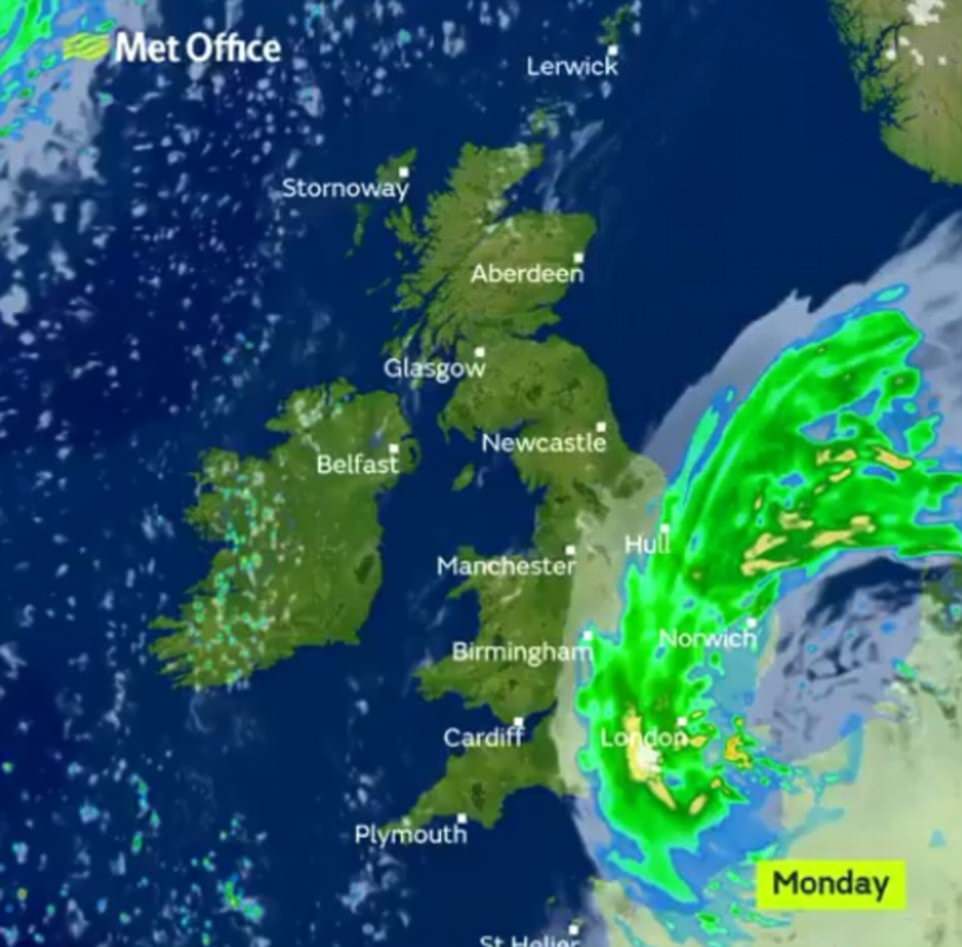 The warning for Sunday and Monday, first issued on Thursday for the South East and East Anglia, was yesterday expanded to cover the East Midlands and Lincolnshire up to the Humber Estuary.

Flooding and disruption to travel is predicted.

Heavy rain from the low pressure system crossing the country yesterday and today led to flood alerts being issued by the Environment Agency.

Officials warned people to be ‘prepared’ for the possibility of flooding on the River Kennet, in Wiltshire, and the Lower Avon, in Wiltshire, Dorset and Hampshire.

Met Office forecaster John West said: ‘The conditions are likely to hang around in East Anglia, the South East and Central areas throughout Monday although further north and into Northern Ireland and Scotland it will be a dry day.’ A ridge of high pressure on Tuesday is due to bring just a ‘brief respite’ before another area of low pressure arrives on Wednesday, Mr West said.

He added: ‘There’s some uncertainty about Wednesday’s weather but we are likely to be hit by another area of low pressure, this time from Iceland. 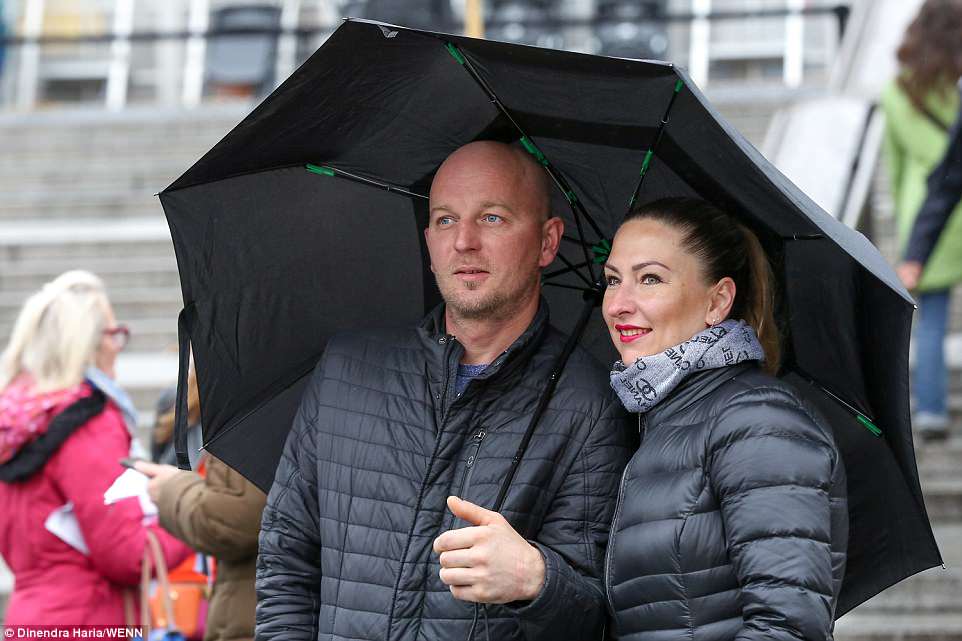 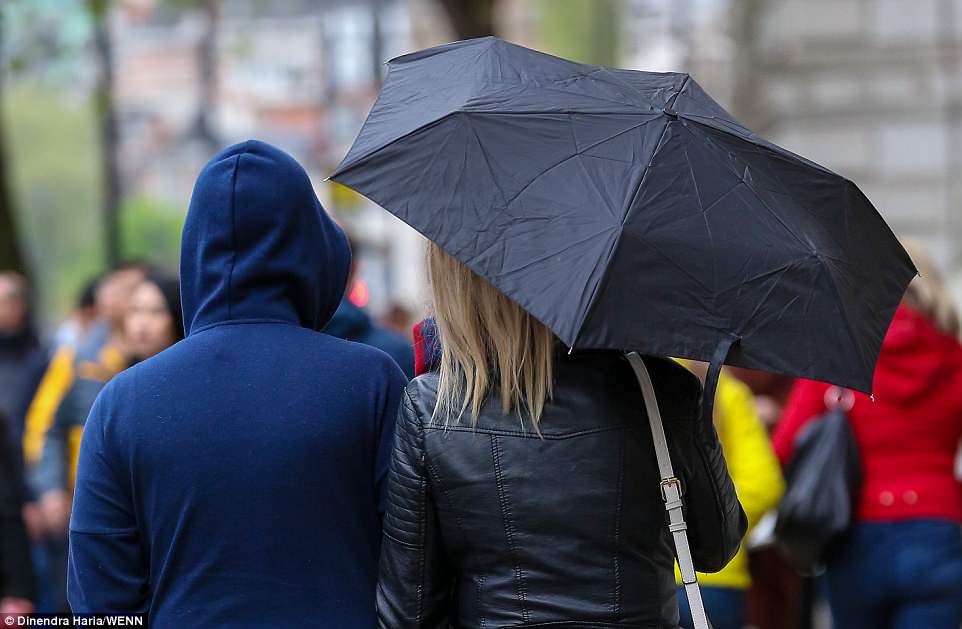 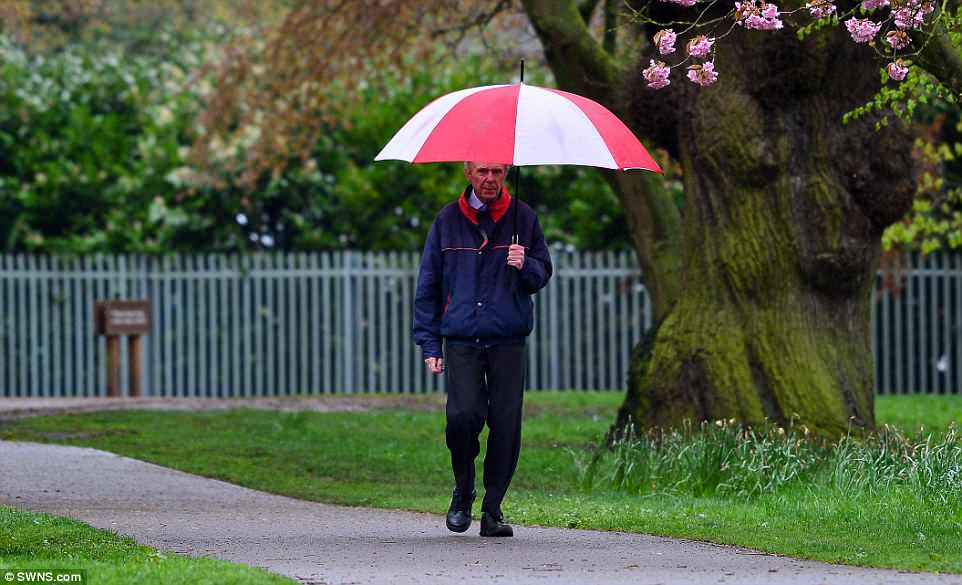 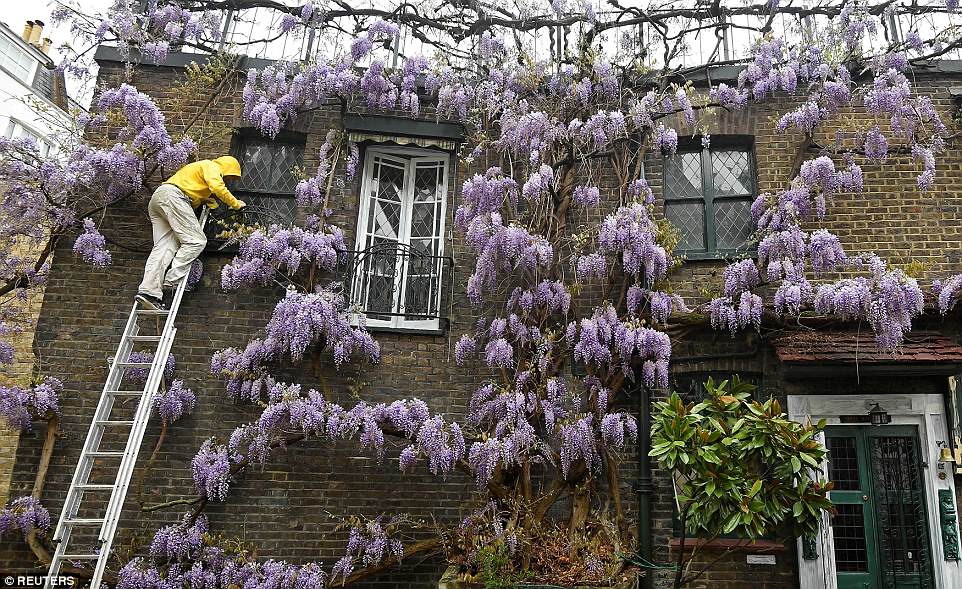 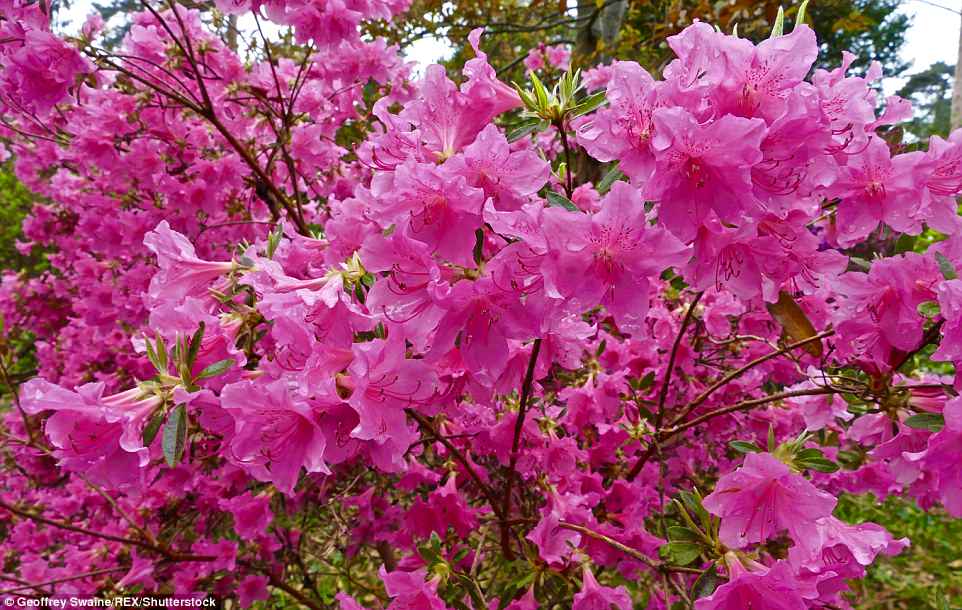 Azalea flowers are pictured after the rain in Brentry Woodlands, in Romsey, Hampshire, today 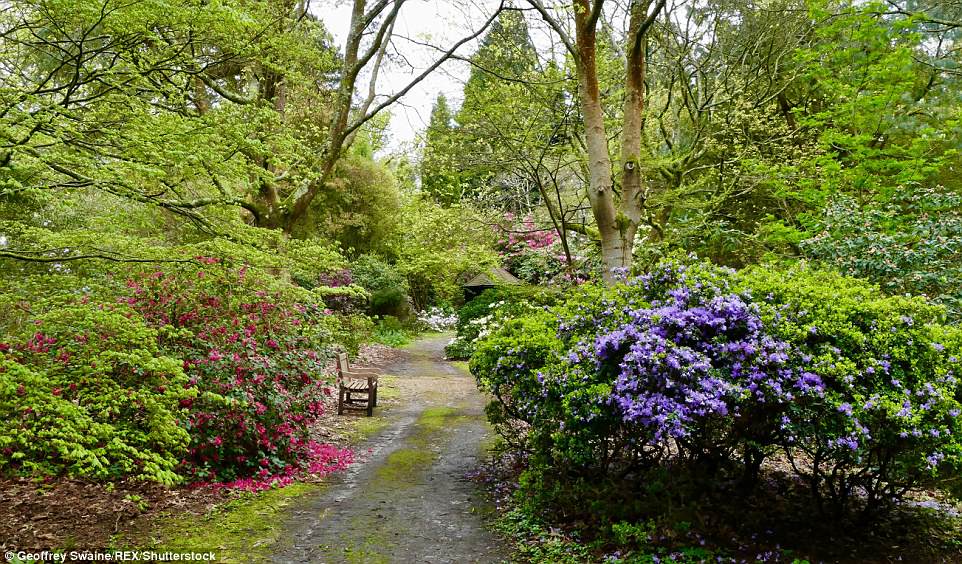 Azalea flowers are pictured after the rain in Brentry Woodlands, in Romsey, Hampshire, today

‘It doesn’t look like it will lead to anywhere near as much rain as the low pressure system on Sunday and Monday but it will be cool with wet and windy weather mixed in.

‘Changeable spring time weather is going to be the flow for the time being.’ The wet and windy conditions on Monday could result in maximum temperatures of just 46-48F (8-9C), while over the weekend, 54-55F (12-13C) possible in many areas.

It is a sharp drop in temperature since just over a week ago. 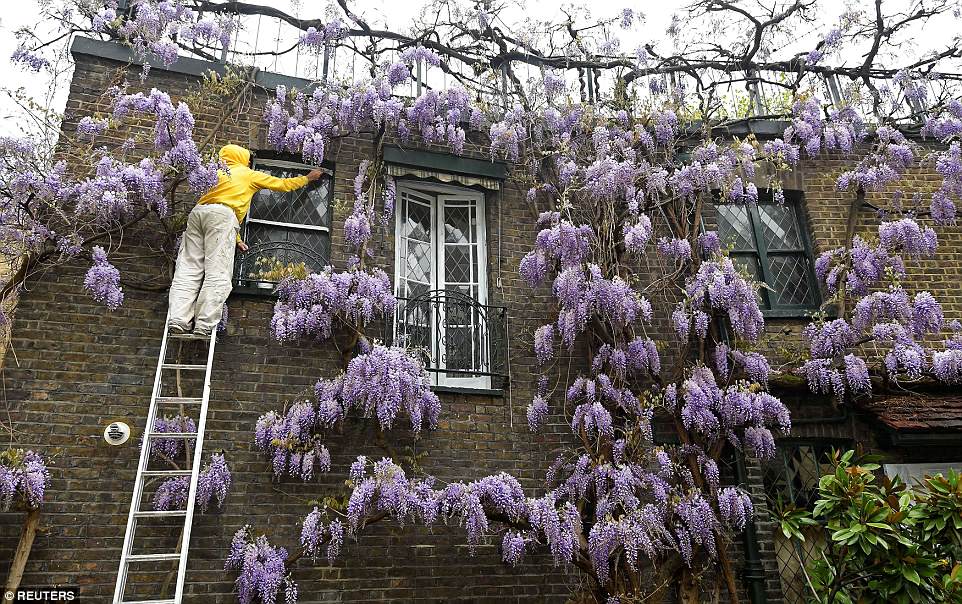 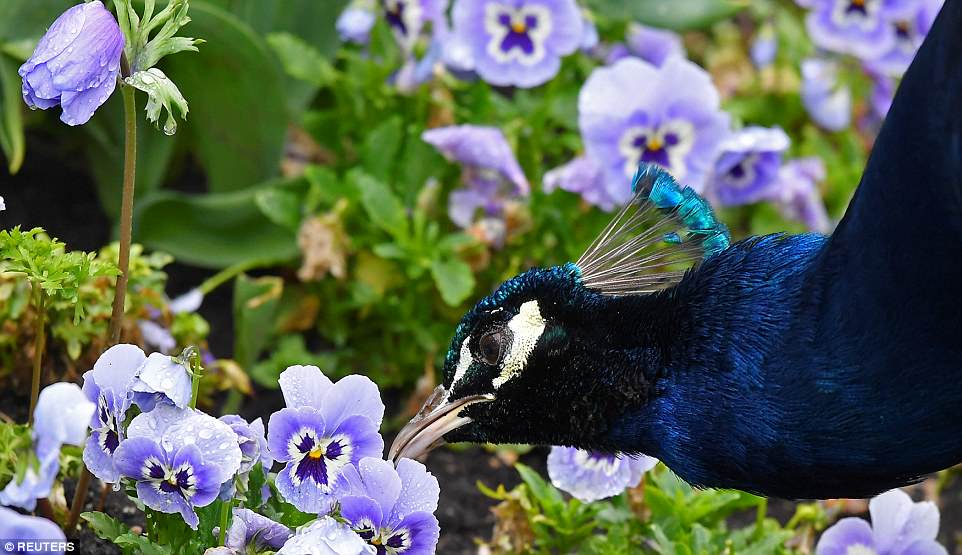 A peacock feeds amongst spring blooms in Holland Park in west London, amid rainy weather in the UK today 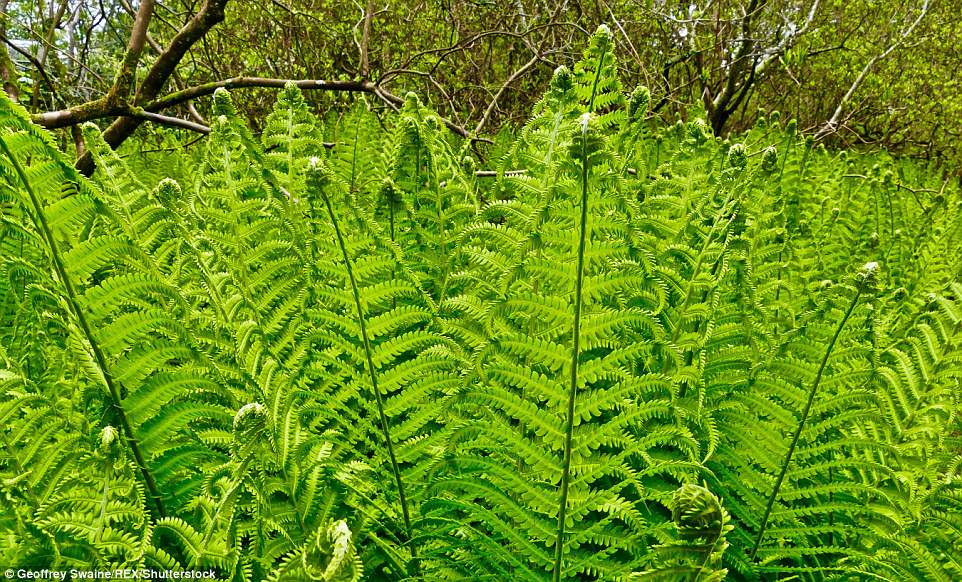 Ferns uncurl after the rain in Brentry Woodlands, in Romsey, Hampshire, today 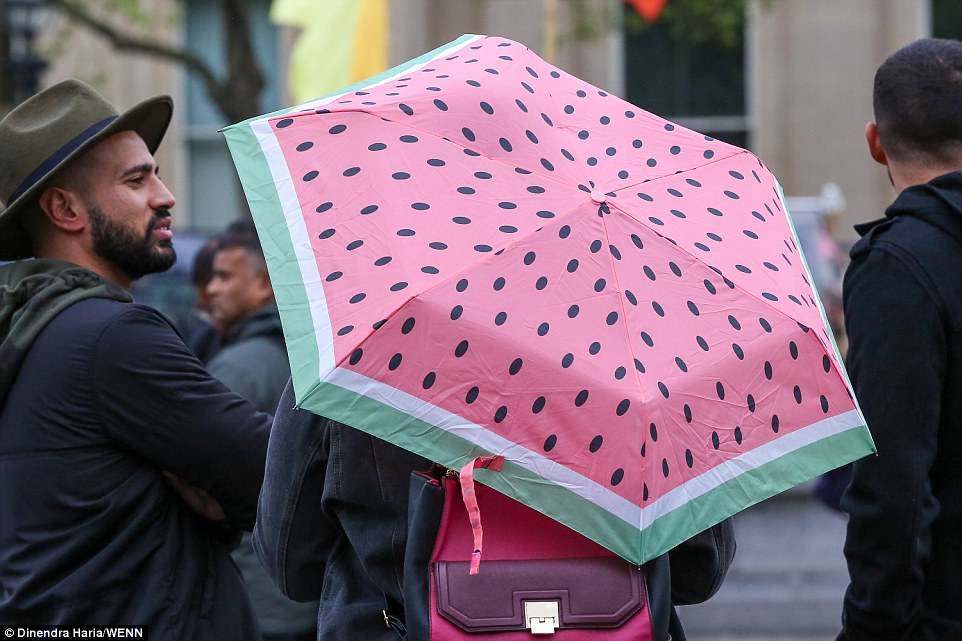 The Met Office forecast for the next week predicts ‘changeable weather with brisk winds and spells of rain at times’.

But there is an improved picture towards the bank holiday weekend.

It adds: ‘There will be a few drier and sunnier spells too, particularly in the south from next weekend onwards, although showers are still possible here.

‘Temperatures will start off fairly cool, although they will tend to recover gradually to near-normal or even a little above normal in the south. It will stay rather cool in the north throughout, so overnight frost remains possible here.’