A mother-of-two said today that she blames the deputy leader of Britain First for the death of her stillborn daughter after she was subjected to racist abuse in her home.

Jayda Fransen, 31, is accused of hate crimes alongside the leader of the far-right group Paul Golding, 36.

She and Golding were arrested over the alleged distribution of leaflets and online videos, which were posted during the trial of three Muslim men and a teenager, who were later convicted of rape.

She went to the Kent home of one of the defendants Tamin Rahmani and shouted abuse through the front door, Folkestone Magistrates’ Court heard.

His partner Kelli Best said she was alone with their two children, aged three years and 18 months, during the incident on May 9 last year.

She told the court that she was pregnant at the time and blames Fransen for the death of her stillborn daughter.

Giving evidence from behind a screen today, she said: ‘She (Fransen) was making racist remarks: ‘Dirty Muslim rapist, come out, we’re not going to leave until you’re gone, come out. Dirty scumbags’. 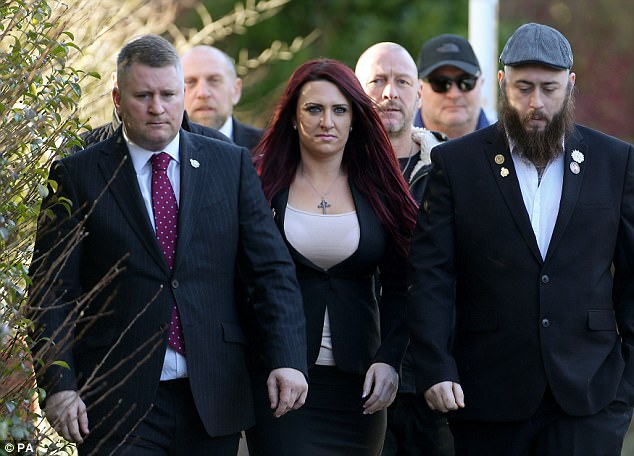 ‘It was directed at Tamin because she thought he was in there but he wasn’t.’

She added: ‘It made me feel very anxious, I didn’t go outside for a long time. I was also pregnant at the time it happened.

‘Two days after I started to bleed heavily and lost my daughter, she was stillborn. I blame Jayda Fransen because there was no other reason for it to happen.’

She said her young son still gets scared when anyone knocks on their door. ‘He would make remarks saying ‘I’m not dirty’, it’s really affected him,’ she added. 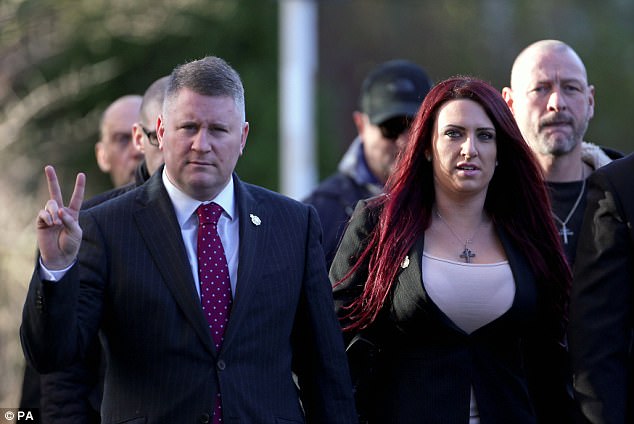 Fransen and Golding, both from Penge, South East London, are accused of hate crimes

On a video played in court, Fransen could be seen banging on the door and shouting: ‘Come out and face me you disgusting rapist, come on.’

Miss Best sat shaking and crying in the witness stand as the footage was played.

Earlier, the court heard how Fransen was previously convicted of racially aggravated harassment, relating to an incident in January 2016.

She approached a woman wearing a hijab in Luton town centre and told her she ‘had been hidden because your men can’t control their urges’, prosecutor Madeleine Wolf said.

The victim later told police that Fransen said ‘you cover because you don’t want to be raped’, the court heard. 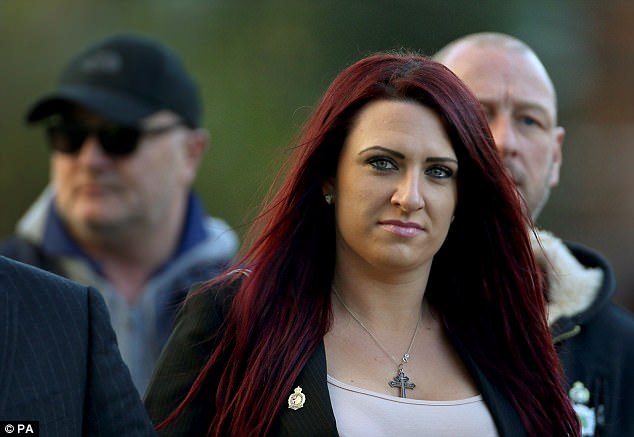 ‘This was a Christian patrol carried out by Britain First in Luton,’ Miss Wolf added.

Golding has a previous conviction for harassing a person in their home, relating to an incident in January 2015, the court heard.

He told a woman living there that her son was a terrorist and that ‘we want to evict him, we don’t want him to live there’, Miss Wolf said.

Golding also posted leaflets around the neighbourhood telling them there was a terrorist living near them, she added. The location of the incident was not given to the court.

The details were given during a prosecution bad character application, which was denied by Judge Justin Barron.