France should end current efforts with Britain to stem the number of illegal Channel crossings because they waste of millions of pounds of UK taxpayers’ money, the MP for Calais has suggested.

Pierre-Henri Dumont claimed that continuing with ongoing operations would just make French and British voters ‘angry and unhappy’ because ‘migrants will continue to cross’.

He questioned the point of cooperation between the two countries. And he suggested the millions of pounds being given to France was not enough, adding: ‘We are not your b***h.’

Last year, the UK agreed to pay France £54million to help expand the country’s efforts to stem the number of small boats crossing the Channel.

This included a doubling of the number of police patrolling French beaches. The agreement came on top of a £28million struck a year earlier.

Despite a recent 11-day pause in small boat crossings across the Channel, which has been attributed to rough weather, more than 250 people were reported to have made the perilous journey on Sunday.

In total, more than 7,000 migrants are estimated to have arrived in the UK after crossing the Channel this year so far.

An analysis of government figures found this is more than three times the number recorded for the same period in 2021 (2,390), and more than seven times the amount recorded at this point in 2020 (1,006).

In an interview with The Times, Mr Dumont suggested that no amount of money would stop the Channel crossings.

‘I strongly believe that we need to exit the relationship that we have right now with the UK, which is basically the UK is giving us money to do the job, because it makes both sides of the Channel angry,’ he said.

‘The UK taxpayer because they say “we’re giving money to the French, what are they doing, we still have crossings”.

‘So what is the point here?’ 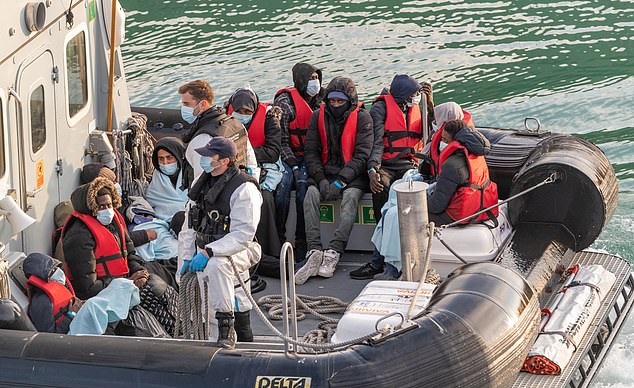 In total, more than 7,000 migrants are estimated to have arrived in the UK after crossing the Channel this year so far 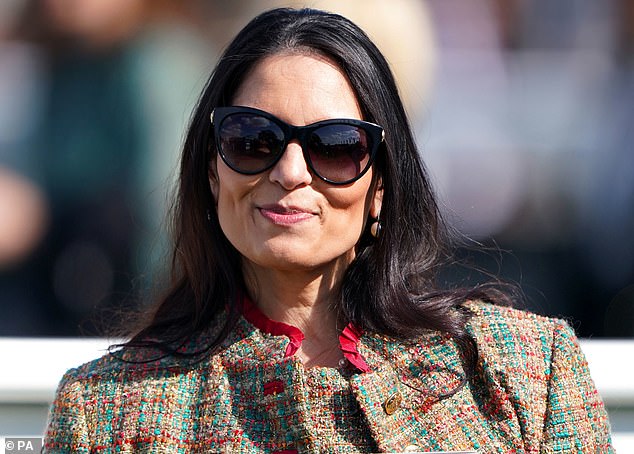 Home Secretary Priti Patel last year agreed to pay France £54m to help expand the country’s efforts to stem the number of small boats crossing the Channel. It came on top of a £28m struck a year earlier 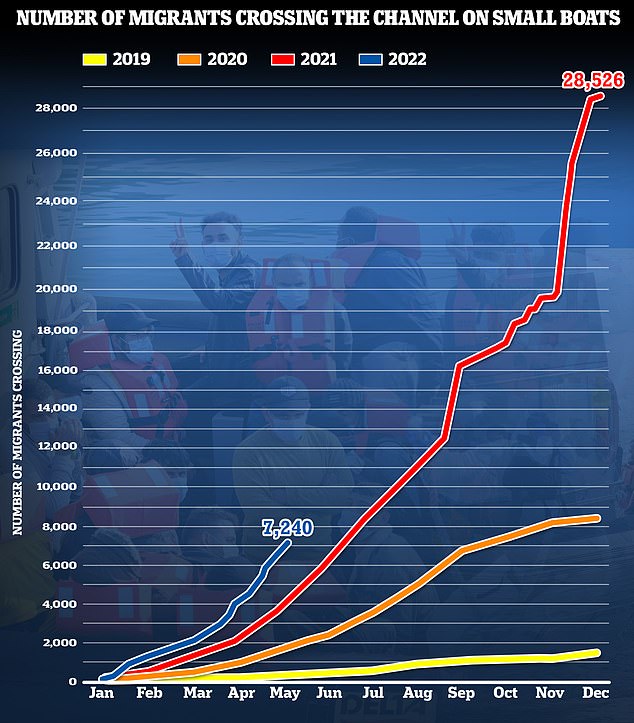 Home Secretary Priti Patel has attemped a fresh crackdown on Channel crossings with a new £120million deal to send migrants arriving illegally in the UK on a one-way flight to Rwanda.

But Mr Dumont claimed the agreement with Kigali would only make people-smuggling gangs richer and lead to migrants attempting riskier crossings with the prospect of more drownings.

‘With the Rwanda solution, it will make the smugglers richer and it will be that the trip will be more dangerous because the only solution for them not to be deported to Rwanda is not to be caught because they can live in the UK quietly without getting in trouble because there is no ID checks on the streets,’ he told the newspaper.

He added that because migrants now face the risk of deportation to Rwanda, they will ‘not call the British authorities, I am afraid, once they enter the British waters, they will go without calling them, with more and more risks of drowning’.

Mr Dumont insisted the UK should open a ‘legal route’ for eligible migrants to come to Britain by allowing applications on the Continent, before they reach British shores.

He suggested Britain could be included in European Union efforts to open new camps on Greek islands, despite no longer being a member of the bloc.

But the French politician stressed there would be no return to the EU’s Dublin arrangements, under which failed asylum seekers reaching the UK could previously be returned to the EU country they arrived from.