Great Britain’s eventers will go for Olympic gold in team and individual competitions on Monday after a vintage collection of cross-country performances at Sea Forest Park.

World number one Oliver Townend, Laura Collett and Tom McEwen hold a huge lead of 17.9 penalties in the team event.

Oliver Townend is in a strong position for two golds, in the team and individual events 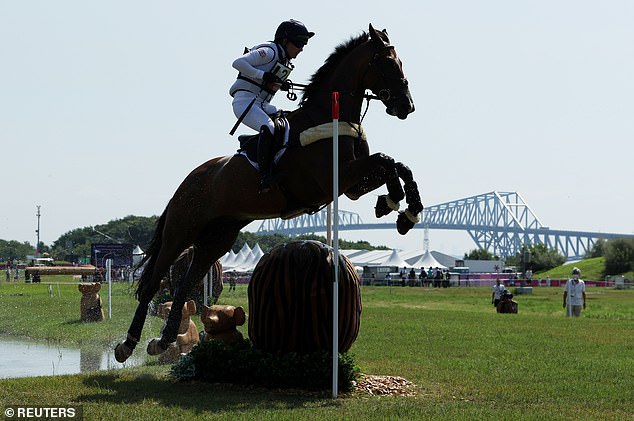 Laura Collett, who suffered serious injuries in a 2013 fall,  was in top form on her Games debut

Collett, who lost most of her sight in one eye and suffered multiple fractures following a cross-country fall eight years ago, proved in equally blistering form aboard London 52.

Then McEwen completed a glorious hat-trick on Toledo De Kerser, meaning that Britain lead the team event on a score of 78.30, with Australia second and France third. Ireland, meanwhile, lie eighth.

Townend was guaranteed top spot heading into Monday’s showjumping finale after overnight leader – double Olympic champion Michael Jung – knocked out a frangible fence pin two thirds of the way through his round on Chipmunk FRH to incur 11 penalties.

One round of showjumping will decide team medals at Tokyo Equestrian Park on Monday, followed by the leading individual contenders jumping again.

Huddersfield-born Townend, 38, won Burghley with Ballaghmor Class in 2017 and Kentucky’s five-star event earlier this year, and he said: “We know he is a special horse. He is tough and digs deep. 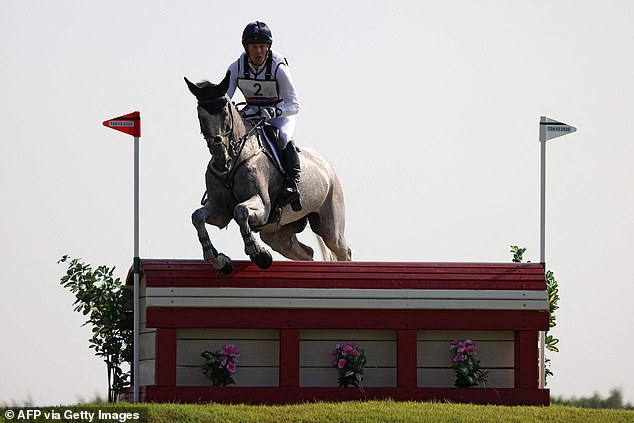 “It’s his mentality, more than anything. He is quirky, but he is tough, and the bottom line is he wants to do his job more than most horses.

“You look at the terrain and the intensity of the course, and I thought it was going to be tough, but then I convinced myself last night that it wasn’t!

“I am very happy. I will just keep concentrating on my job, and what will be, will be.

“The performance was second to none from everyone today. It is a very special occasion, and three incredible horses. I have never felt as relaxed and comfortable on a team.

All three British riders are making their Olympic debuts, and Gloucestershire-based Collett said: “I haven’t really got any words for it.

“I have always said he (London 52) is a superstar, and he just went out and showed everyone how good he is.

“I can’t tell you how proud I am of him. There was not a second to think out there, which was probably a good thing. Blink, and you missed it.

“I just do the steering. On a horse like that, it is about not interfering with him. He has come out here at the Olympic Games, and he is just a phenomenal horse.”

McEwen, who is based on the Princess Royal’s Gatcombe estate in Gloucestershire, added: “It felt incredible out there. He (Toledo De Kerser) was very keen, and I am just so pleased I could give him the ride he deserved.

“The other two riders gave me the most amazing feedback following their rounds, and the course rode amazingly – exactly what we thought.

“I am looking forward to tomorrow. It will be exciting.”