The UK government is in ‘panicked’ discussions to revive the Critical 5 alliance to combat the West’s dependence on China for its infrastructure.

Five Eyes countries – Australia, Canada, New Zealand, the United Kingdom, and the United States, are said to be in ‘feverish discussions’ to resurrect a branch of their agreement from 2015 which deals with critical infrastructure such as water, energy and communications.

‘Clearly, everyone is panicked,’ a source told the Daily Telegraph.

‘They haven’t met for five years but fears over supplies and our ability to secure ourselves have grown so great that the governments are resurrecting this historic body in order to tackle security together.’

The source added that many ministers in the UK Government see the Critical 5 initiative as an ‘oven-ready’ structure to deal with the challenge of China’s stranglehold on the supply chain on a ‘multilateral basis’.

The definition of critical infrastructure initially set out by the organisation was the ‘systems, assets, facilities and networks’ that supply crucial services for the respective nations. These services are ‘necessary for the national security, economic security, prosperity, and health and safety’ of the member states.

According to the Telegraph, it’s believed the members were unable to agree on six areas to call ‘critical infrastructure’, and that they have not meant since 2015 as a result. 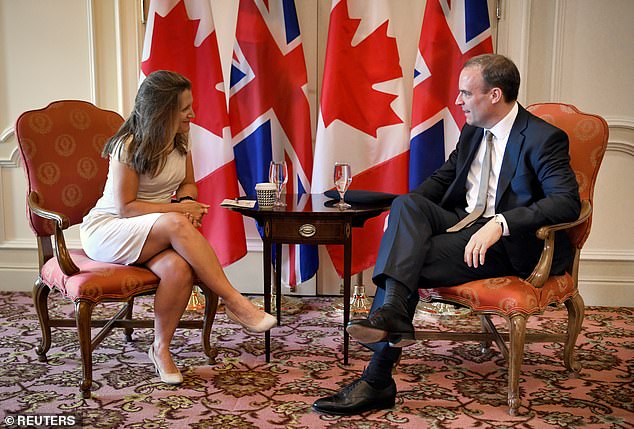 All members managed to agree that communications, healthcare, transportation, water and energy were critical.

Sam Armstrong, communications director for foreign policy think tank the Henry Jackson Society, told the Telegraph that ‘it is welcome’ the UK is now working with allies to disassemble its reliance on China.

‘Tackling a challenge as complex as China’s artificial dominance of great swathes of the world economy can’t be fixed without finally turning to our allies for help,’ he said.