Britain is soaked by rain after continental thunderstorms hit Europe

Parts of Britain were soaked by heavy downpours today with nearly half an inch of rain falling in six hours.

Showers in the South East of England gave commuters a miserable journey into work this morning and were associated with continental thunderstorms that saw France hit by 100,000 lightning strikes in just 12 hours.

The highest rainfall total in the South East this morning was observed at Kew Gardens in South West London, where there was 9.6mm (0.4in) of rain in the six hours between 4am and 10am.

Commuters wait in the rain this morning as they start to board the 29 bus to Trafalgar Square in Harringay, North London 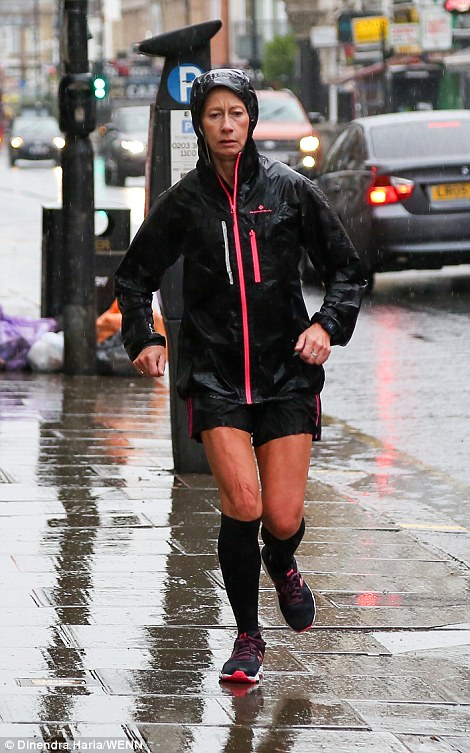 A woman runs along the wet pavement this morning in Harringay (left), while another wears a bobble hat in the rain (right) 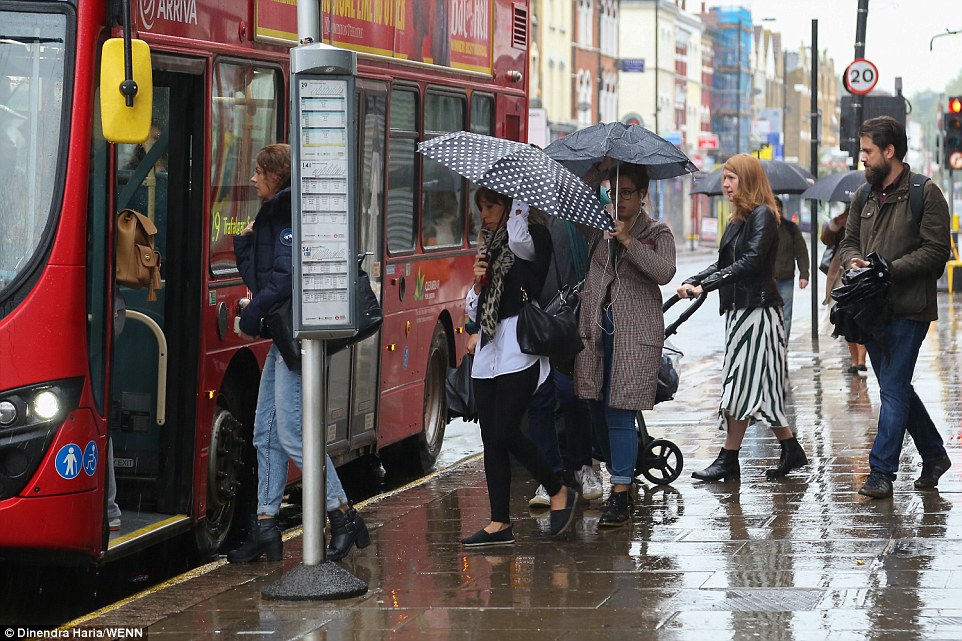 The Met Office warned of possibly thundery showers for the South East of Europe, but added that these should clear away by midday. The thunder is also not expected to be near the intensity experienced over the continent.

A band of increasingly light and patchy rain moved south-east across the UK today, but it will be followed by sunny spells and fresher weather that will herald a change in conditions going towards the weekend.

This evening will be dry with plenty of sunshine and settled conditions throughout the night, before similar weather tomorrow – despite areas of the South West being at risk of more persistent rain in the evening.

An area of high pressure is set to build from the end of the week over Britain, with temperatures of 75F (24C) possible in the South and 21C (70F) in the North by Saturday – then even 82F (27C) next week.

Friday will be fine and dry for central and eastern areas, while western parts will have more cloud with the risk of rain. Then Saturday will bring patchy cloud and drizzle for many, but it will be sunny and warm in the South East. A radar and satellite image shows the heavy rain in the South East this morning, associated with continental thunderstorms 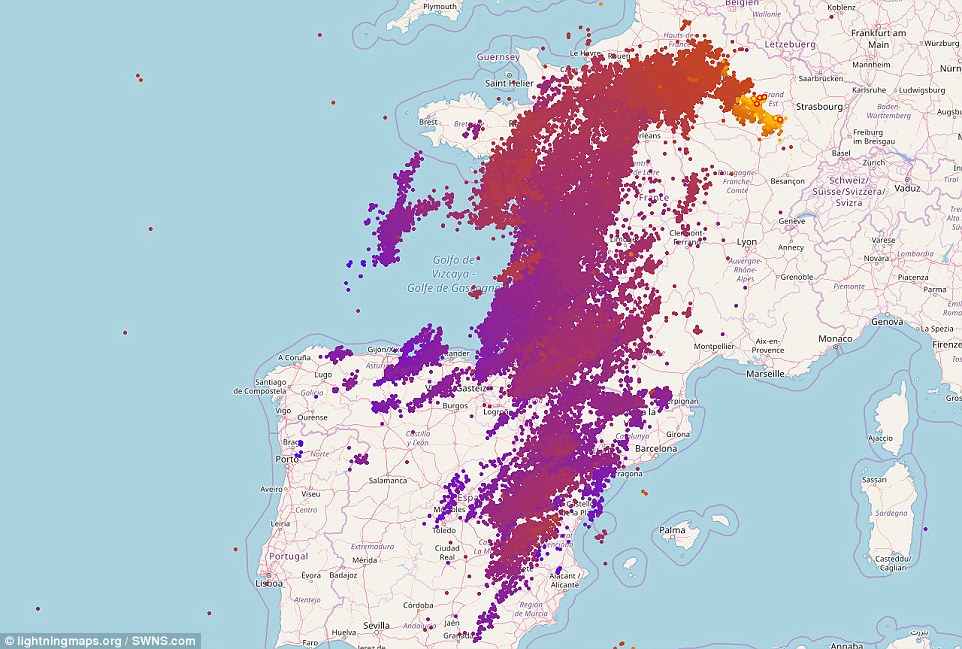 A map showing some of the 100,000 lightning strikes which have hit continental Europe including France in just 12 hours 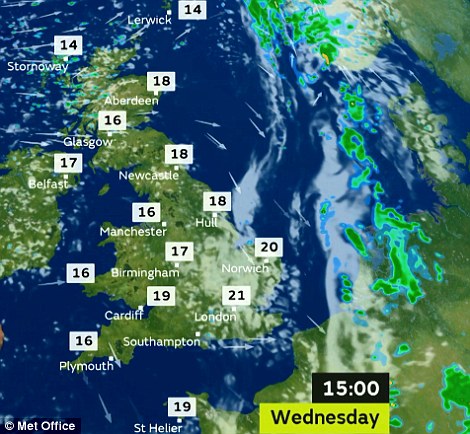 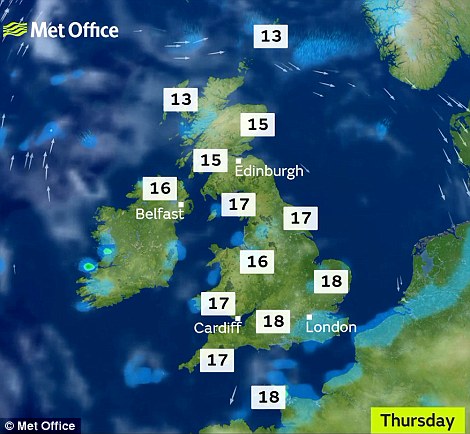 Temperatures are expected to reach 70F (21C) in parts of the South East of England today, then 64F (18C) tomorrow 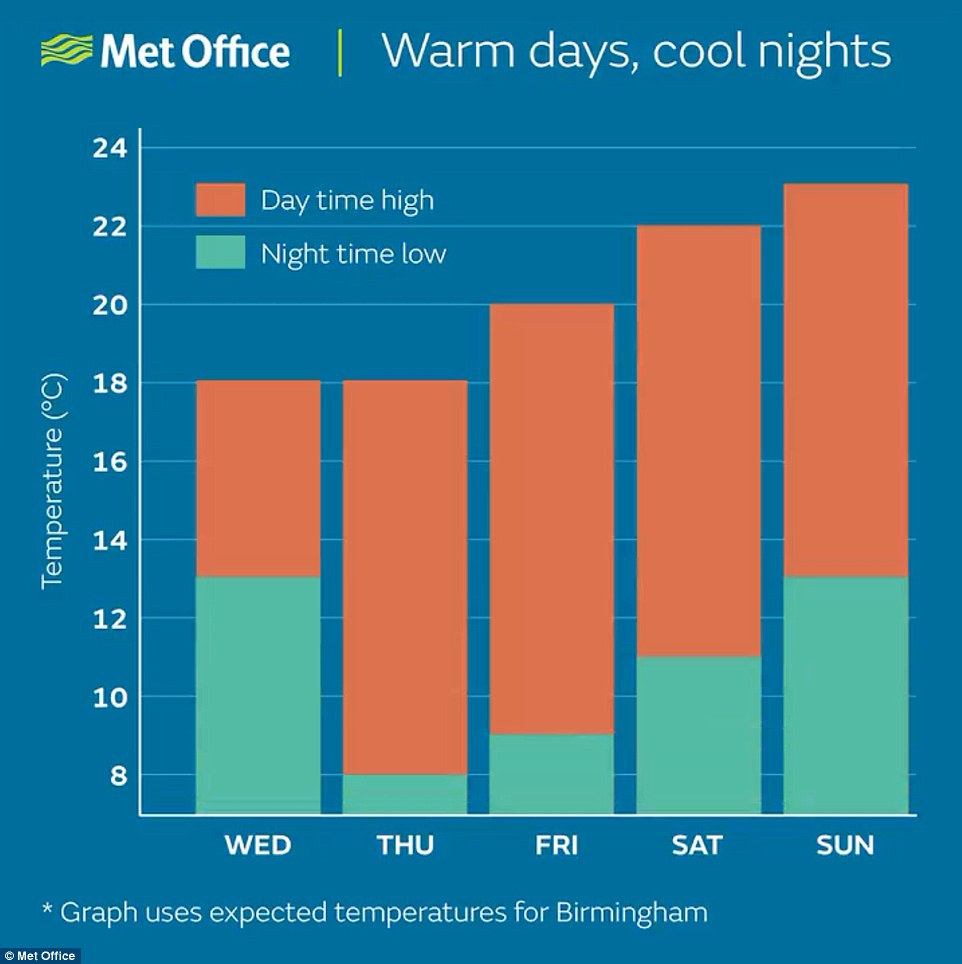 Looking further ahead, the Met Office’s long-range forecast for the middle of September predicts ‘a good deal of dry, warm and settled weather’ – interspersed with some spells of wet and windy conditions.

The coldest place yesterday was Aboyne in Aberdeenshire with 36.5F (2.5C). The wettest place was Waddington in Lincolnshire with 17mm (0.67in) of rain, while Tiree in the Inner Hebridges was the sunniest place with 7.6 hours.

Britain enters meteorological autumn this Saturday, while the start of astronomical autumn is on September 23.