Now we challenge Putin: Britain sends tanks, attack helicopters, artillery and 8,000 soldiers to Eastern Europe in one of the largest deployments since Cold War

Around 8,000 British Army troops and dozens of tanks will take part in exercises across eastern Europe to combat Russian aggression in one of the largest deployments since the Cold War.

Tens of thousands of Nato troops will join the British forces that will be deployed to countries ranging from Finland to North Macedonia this summer under plans that have been enhanced since the invasion of Ukraine.

The Joint Expeditionary Force alliance, which includes Finland and Sweden, will also be taking part.

The Ministry of Defence (MoD) said the purpose behind the exercises is to demonstrate how the British Army has modernised into a ‘lethal, agile and global force’.

The action had been long planned, but that it had been enhanced in response since Russia invaded its neighbour in late February.

The British Army will send 8,000 troops and dozens of tanks to take part in military exercises in eastern Europe this  (Pictured: a Challenger 2 tank) 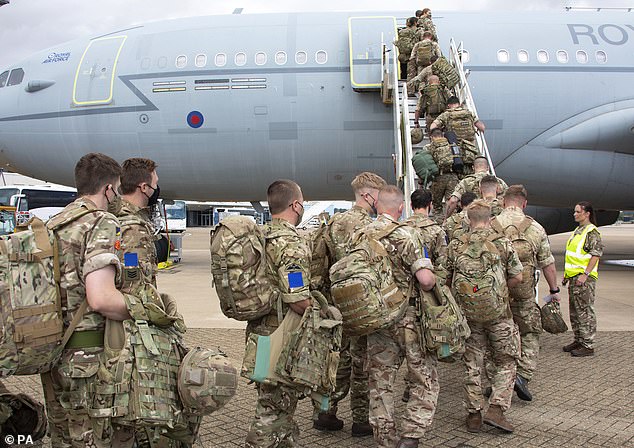 Only yesterday was the first UK casualty in Ukraine confirmed, Scott Sibley, a veteran of the British armed forces had served in the Commando Logistic Support Squadron in Afghanistan.

Commander Field Army Lieutenant General Ralph Wooddisse emphasised the importance of the exercises, he said: ‘The UK makes a significant contribution to the defence of Europe and the deterrence of Russian aggression.

‘The British Army’s series of exercises is fundamental to both.

‘The scale of the deployment, coupled with the professionalism, training and agility of the British Army, will deter aggression at a scale not seen in Europe this century.’

The UK deployment is expected to build to a peak of around 8,000 personnel operating in mainland Europe between April and June.

Troops from B Squadron of the Queen’s Royal Hussars have already deployed to Finland, which shares an 830 mile land border with Russia, to take part in Exercise Arrow. 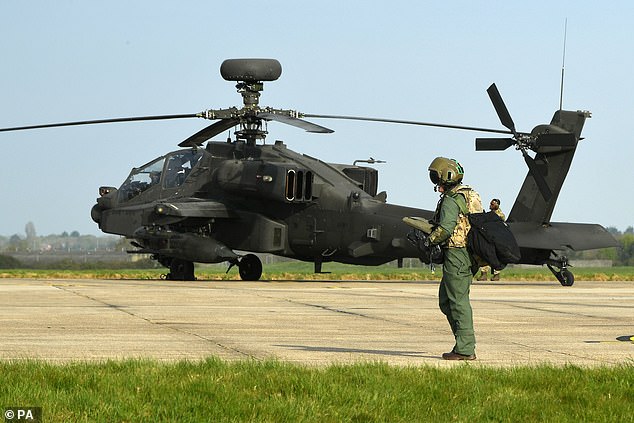 Exercise Hedgehog next month will involve the Royal Welsh battlegroup and the Royal Tank Regiment, with exercises planned on the Estonia/Latvia border alongside 18,000 Nato troops.

Hedgehog, the biggest military exercise in Estonia, takes place every four years and will involve a range of units including light and airborne forces, helicopters, armoured forces, artillery and air defence.

Exercises alongside American troops are also taking place in Poland.

‘These exercises will see our troops join forces with allies and partners across Nato and the Joint Expeditionary Force in a show of solidarity and strength in one of the largest shared deployments since the Cold War.’