The UK is ready to deploy drones to strike targets in Afghanistan if the Taliban allows terrorists to operate, Ben Wallace has said.

The Defence Secretary said British forces would ‘do what they have to do’ to prevent threats as he delivered a warning that the new rulers must keep their promises.

On a visit to RAF Waddington in Lincolnshire yesterday, where a fleet of next-generation ‘Protector’ drones will be based from 2023, Mr Wallace said he feared the ‘reservoir’ of potential extremists was probably deeper than before the September 11 attacks.

He suggested Nato’s abrupt withdrawal could inspire groups including Islamic State, al-Shabaab and Boko Haram to mount attacks and that under international law Britain had the right to defend itself from such plots.

‘I’ll do whatever I have to do to protect Britain’s citizens’ lives and our interests and our allies’ when we are called upon to do so, wherever that may be,’ he told The Times and the Guardian.

The UK’s 20-year military deployment in Afghanistan concluded at the end of last month with the final RAF evacuation flight. 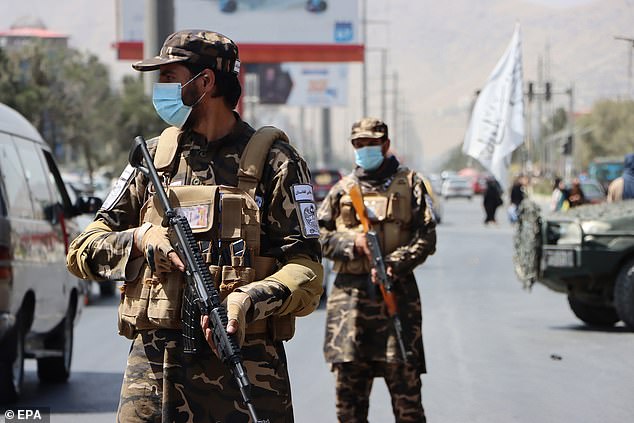 The Taliban has insisted it will not allow Afghanistan to become a base for terror groups again. Pictured, fighters on patrol in Kabul this week

The Protector is first British military drone permitted to fly in airspace used by commercial aircraft.

The Ministry of Defence has ordered 16 at a cost of £260million, and from 2023 they are due to replace nine Reaper drones that have been used in Afghanistan and Iraq.

The Protector can fly a maximum of 5,000 nautical miles for up to 40 hours without carrying weapons – nearly three times longer than the slower Reaper.

Because it can be flown remotely in commercial airspace it could be used for surveillance in the UK during natural disasters or emergencies such as flooding – or for monitoring migrants in the Channel.

Mr Wallace played down fears of an immediate surge in terrorism coming from Afghanistan.

‘We certainly see a group of people who have the knowledge of doing terrorist attacks and we see people trying to communicate with each other to do that in the future,’ he said.

A convention has emerged that a vote is held in Parliament before military strikes are undertaken, but Mr Wallace insisted that would not necessarily happen if there is an ‘imminent threat to life’.

‘One of the options is to deploy anywhere in the world where there is an imminent threat to life, British life or our allies, where international law enables us to take action,’ he said.

Air Chief Marshal Sir Mike Wigston, chief of the air staff, said there were terrorists that were ‘quite willing to commit atrocities on the streets of the UK and we have got to be ready to tackle them along with our allies’. 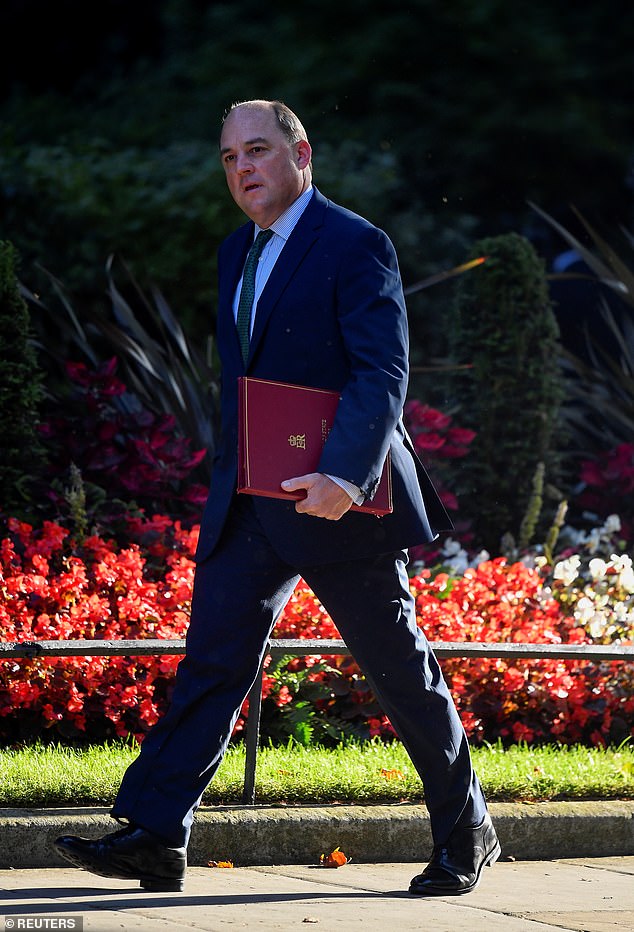