Hotter than Barbados! Britain will sizzle when 93F hottest day of the year arrives on Wednesday after empty beaches on soggy first day of school holidays

Britain will be hotter than Barbados this week as a 700-mile wide ‘Moroccan heat’ arrives on Wednesday – which is anticipated to be the hottest day of the year at 95F (35C) in parts of the UK.

It comes after the country was battered with heavy downpours yesterday and today which saw the school summer holidays get off to a soggy start.

But those going on a staycation will be relieved to hear the weather will turn from Sunday when the sunshine comes back in most areas – apart from the North West.

The 700-mile wide ‘Moroccan heat ‘ is shown, set to deliver 43C (109F) highs to Spain and roast Britain throughout the week 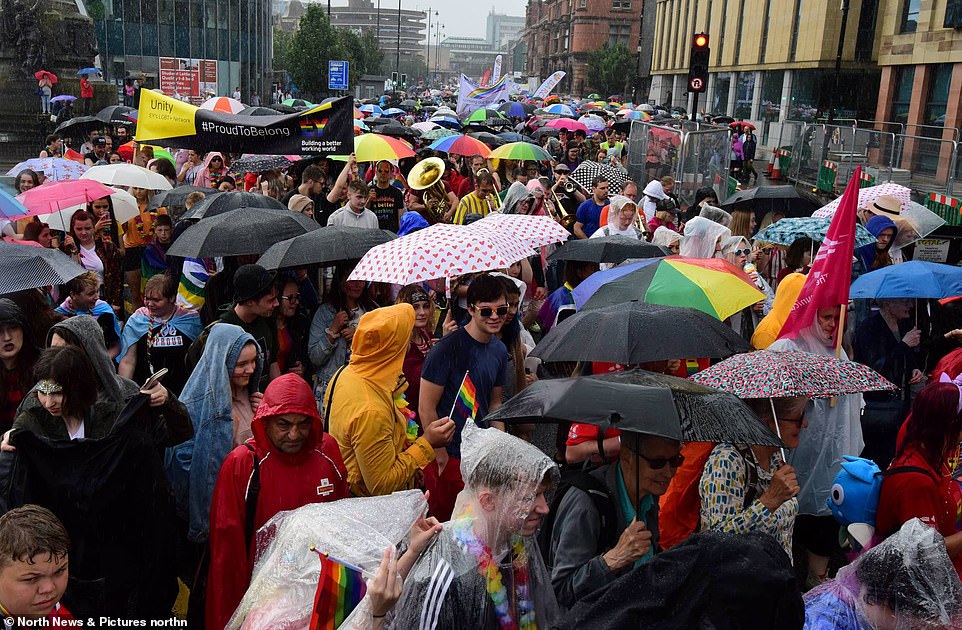 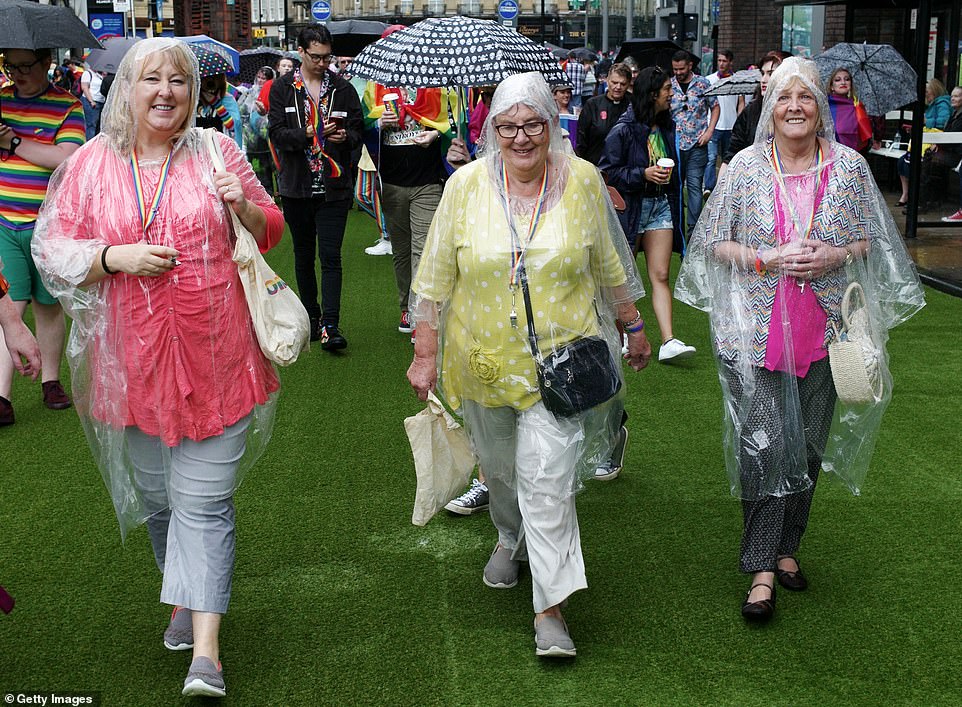 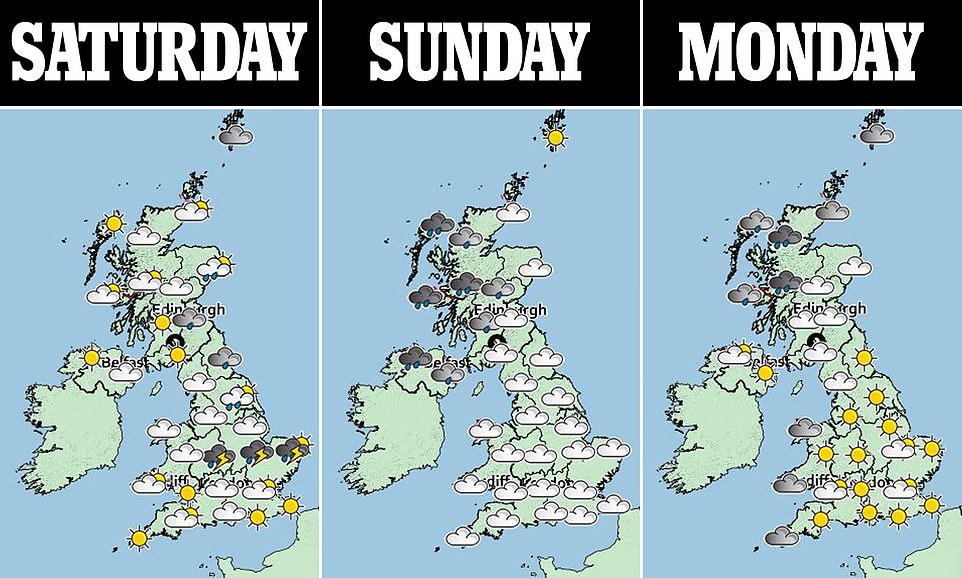 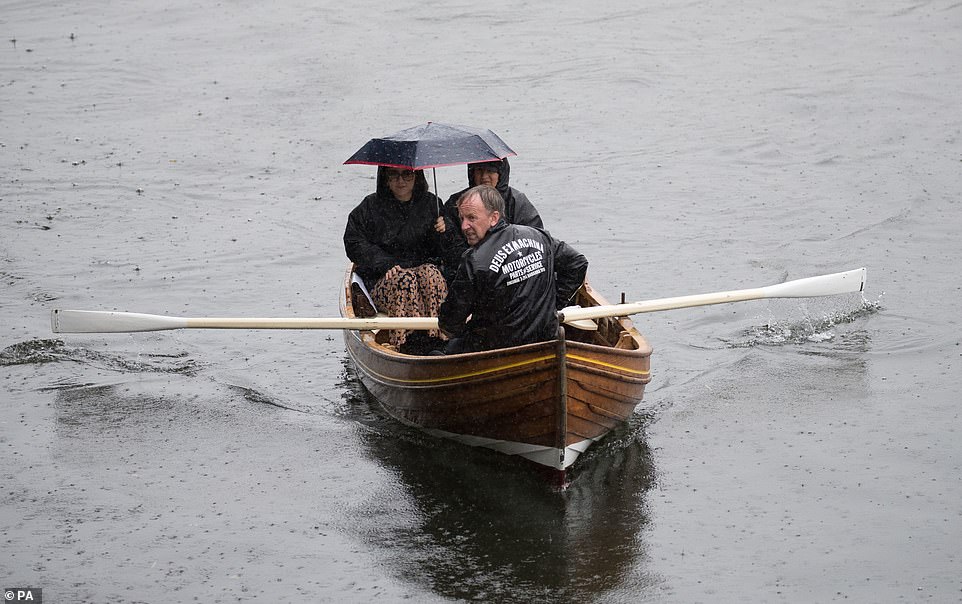 Two people shelter from the rain as they are rowed along the River Thames on Friday in Henley-on-Thames, Oxfordshire 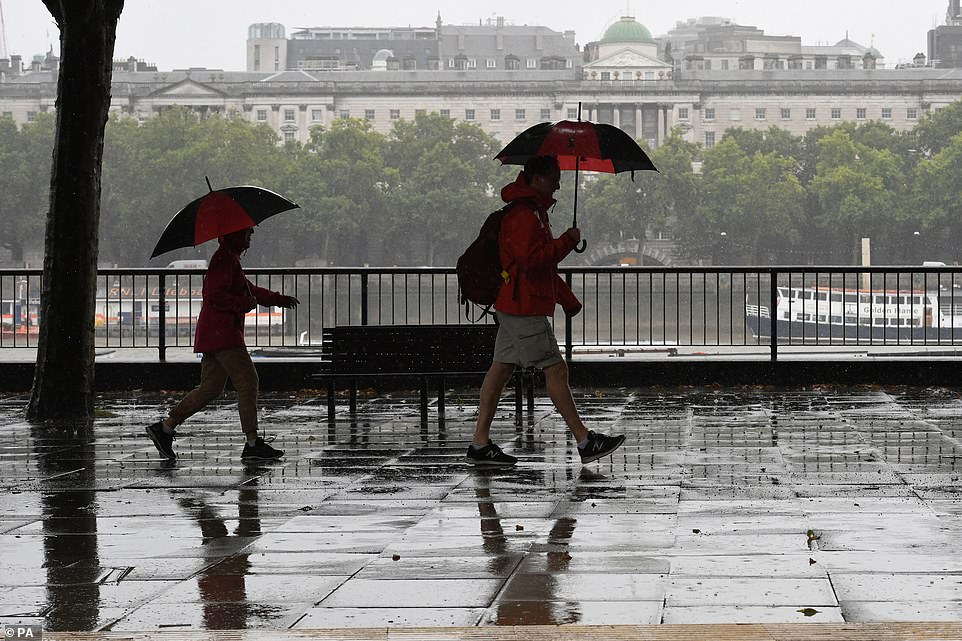 The hot weather is forecast to peak next Tuesday and Wednesday, which could set a new record for the UK’s hottest day of the year so far – beating the 93F (34C) recorded in West London on June 29.

Temperatures will steadily rise throughout the week, from 84F (29C) on Monday, 91F (33C) on Tuesday, and then expected to reach heights of 95F (35C) on Wednesday, according to The Weather Outlook. 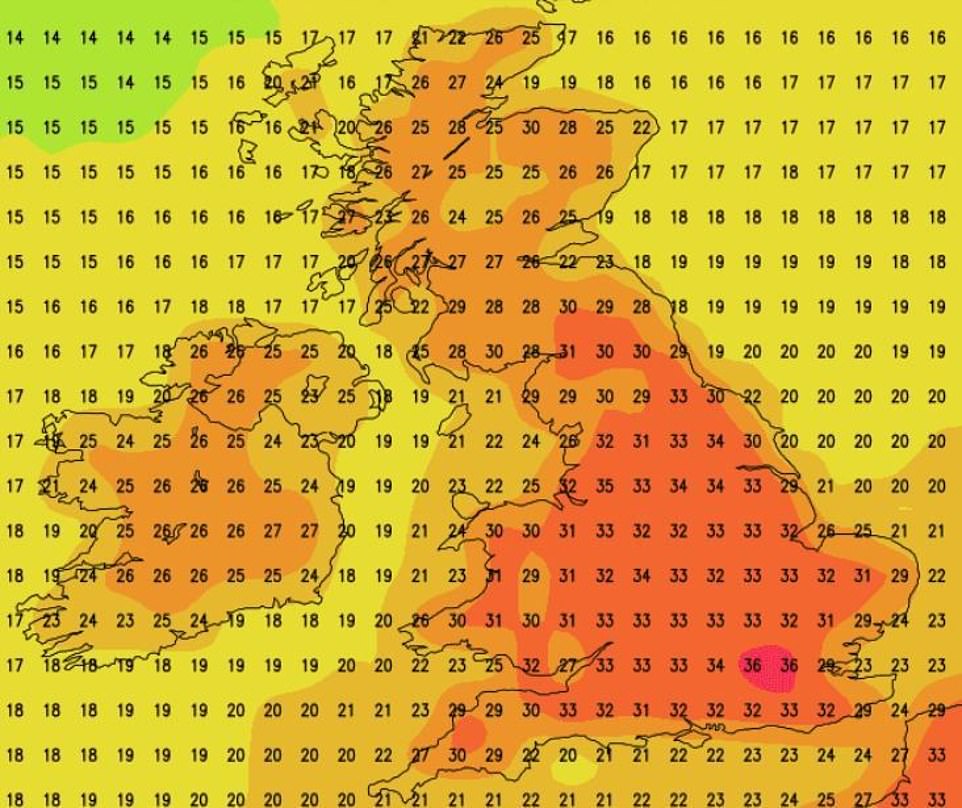 Temperatures will steadily rise throughout the week, from 84F (29C) on Monday, 91F (33C) on Tuesday, and then expected to reach heights of 95F (35C) on Wednesday, according to The Weather Outlook

Sunday marks the start of the better weather with sunny spells and patchy cloud away from western Scotland and Northern Ireland, where there will be increasing cloud and rain outbreaks, and winds will strengthen through the day.

Met Office deputy chief meteorologist Dan Harris said: ‘As we head into next week we are expecting some parts of the country to see some very warm weather, which could reach heatwave thresholds. However, in the cloudier, windier and wetter parts of the North West temperatures will be nearer normal despite high humidity.’

Following speculation about a ‘continental heat dome’, Mr Harris added: ‘A high-pressure system will develop over the near continent, bringing warm continental air into the south and east of the UK.’ 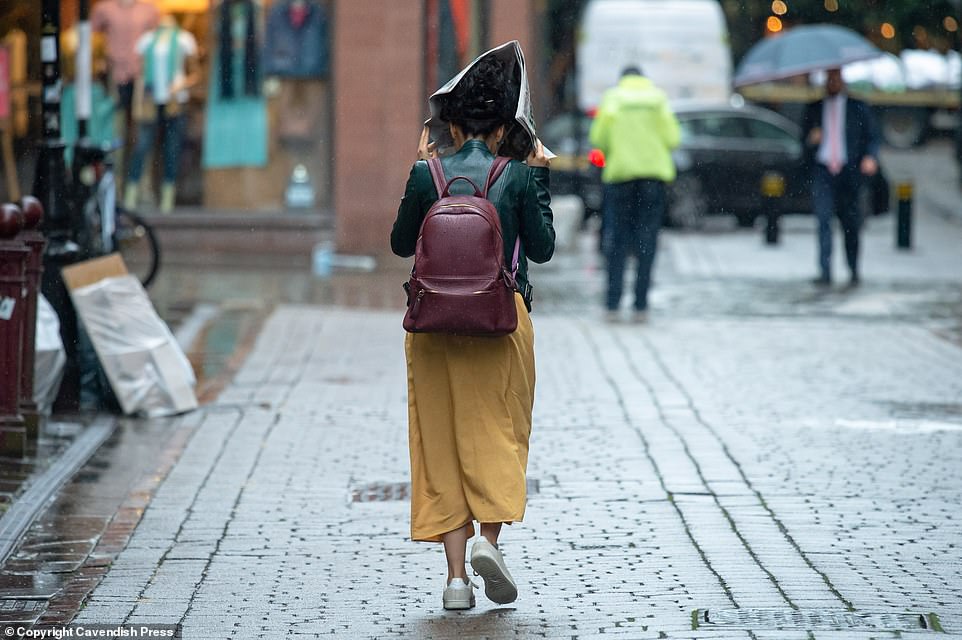 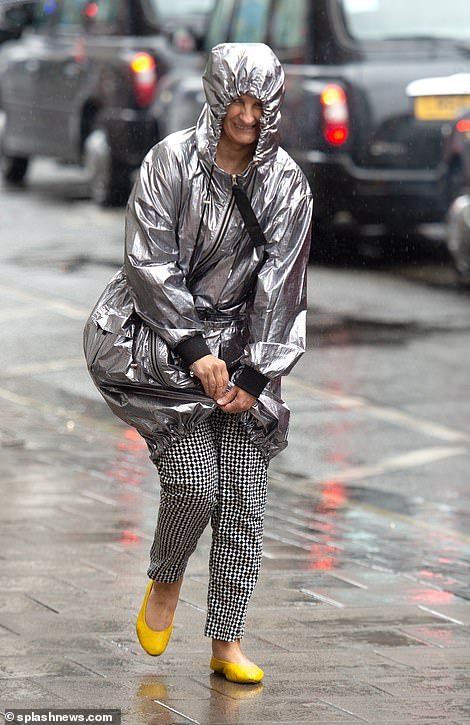 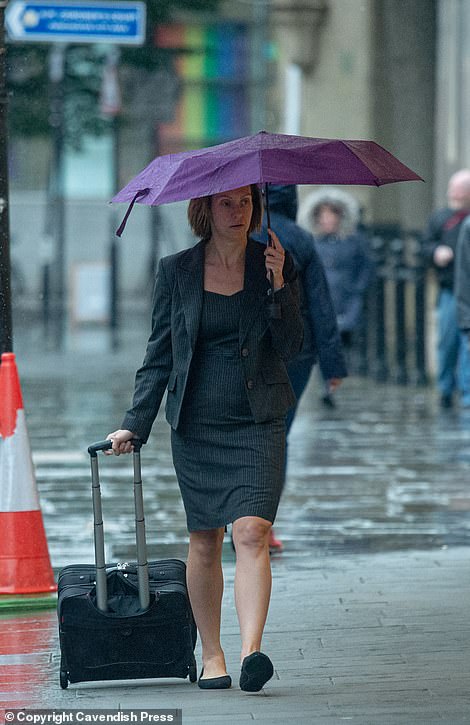 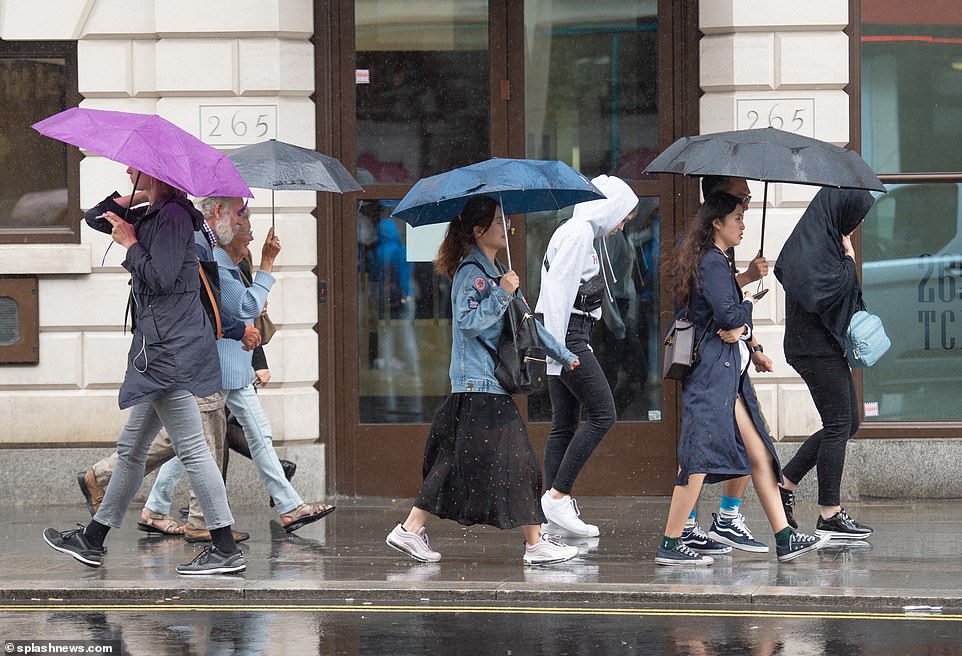 The top temperature of the week so far was 81.3F (27.4C) on Tuesday in Suffolk. Temperatures this week have been generally warm, but well short of the July record of 98.1F (36.7C) set in 2015 at London Heathrow Airport.

Met Office forecaster Greg Dewhurst said: ‘After a wet start, plenty of hot sunshine is ahead for the first week of school holidays.

‘Hot air is moving up from north Africa and the Mediterranean into Spain with some hot air moving on into France and the UK. But thunderstorms could be seen on Wednesday and mainly Thursday, in the West then the East.’

Ex-BBC and Met Office forecaster John Hammond of weathertrending said: ‘A brief blast of heat may see the hottest weather of the year so far. But the thundery breakdown following looks potentially explosive.’