Britain’s most remote walk: Ordnance Survey reveals 44-mile stretch of the Cairngorms which is the longest where you won’t cross a road

Many families use a Boxing Day walk as an opportunity to burn off some of the Christmas Day turkey, but even those who us who have stuffed our faces the day before might think this might be a step too far.

A new 44-mile route revealed out by the Ordnance Survey (OS) mapped out a three-day walk across Scotland which doubles up as the UK’s longest without meeting a road.

Adventurers could challenge themselves to a trek from Cock Bridge at the northeast corner of Cairngorms National Park to the Pass of Drumochter in the southeast.

According to researchers at Ordnance Survey (OS), the longest walk in Britain without coming across around is a stretch in Scotland in the Cairngorms National Park

With a high point of 3,870ft at the summit of Beinn a’Bhuird, the most hardy of climbers will need to come prepared with crampons and ice axes in order to navigate their way through the course.

The route has some of the most beautiful natural scenery anywhere in the British isles, from the stunning Corgarff Castle, which was the site of the 16th-century massacre, to the hills range the Cairngorm plateau.

It comes after a member of the public asked the OS geographers what the longest route is in Britain without encountering a road. 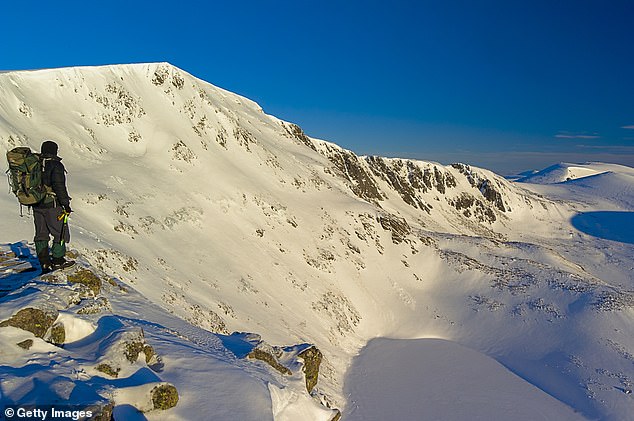 With a high point of 3,870ft at the summit of Beinn a’Bhuird, the most hardy of climbers will need to come prepared with crampons and ice axes in order to navigate their way through the course

The national mapping agency found out by dividing the country into polygons bounced by roads. From there, they were able to finger the largest areas without roads and measure the distance between their edges.

Eddie Bulpitt, one of the geographers who found the route, warned the trek is not for the faint-hearted.

He said: ‘I wouldn’t recommend anyone do it unless they are very conversant with a map and compass. It is not following known tracks and paths. If I was to do it I’d give myself three days.

‘There are a few little scrambles – they’d be quite challenging. And a few watercourses. I’d certaintly take good waterproof boots.’

He warned thrill-seekers to wait until the weather began to brighten up before considering if they were up to the task.

Mr Bulpitt said: ‘It might be best to leave it until the weather is a bit better and you only have to struggle with the midges.’ 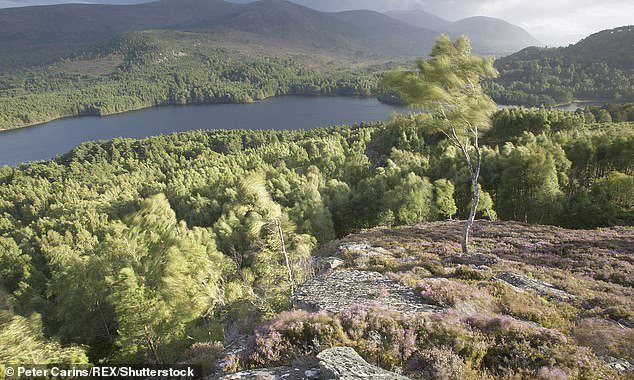