Britain’s ‘BEST’ cities to live and work in

A survey of the country’s most economically significant cities has ranked Edinburgh as the most attractive city in which to live and work in the whole UK.

The city’s green spaces, education and healthcare resulted in it beating London to the top spot in a study commissioned by the Royal Mail.

Researchers also used employment rates to assess job opportunities and collating data on start-ups and patents to consider the strength of business communities. 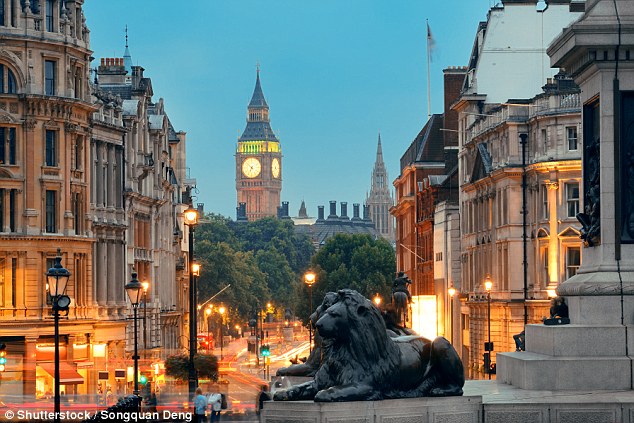 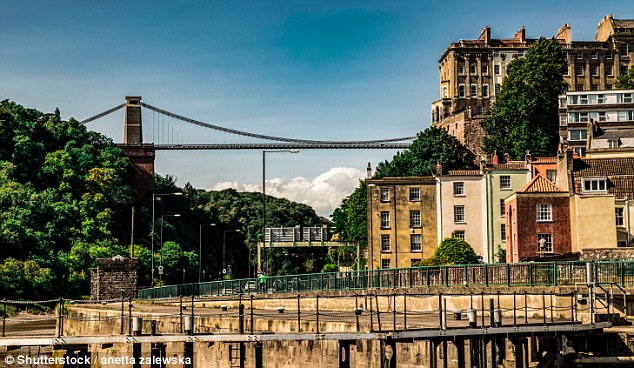 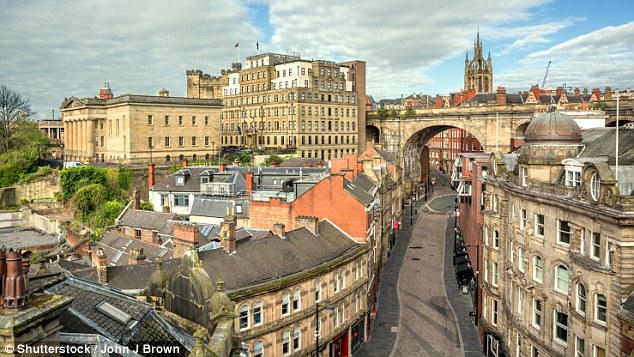 Despite having some of the lowest earnings in the top 12, Newcastle-Gateshead was voted as the fourth best place to live and work

The number of theatres and libraries in a location gave it a cultural services score and the other categories covered were earnings, housing affordability and office costs to produce a list the 12 most desirable places.

But Scotland’s capital was best in the UK in terms of education access and also edged out competition due to its green spaced sprawling across 28 per cent of the city. 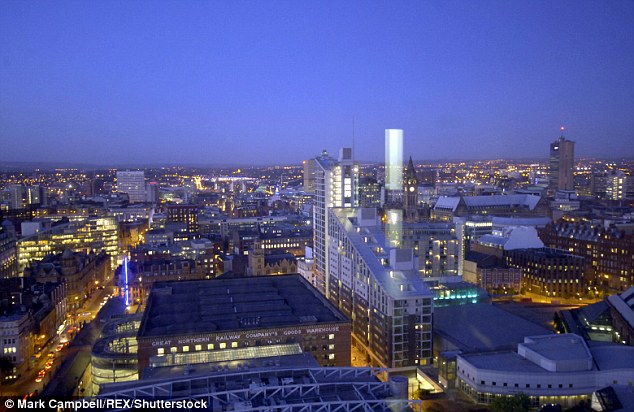 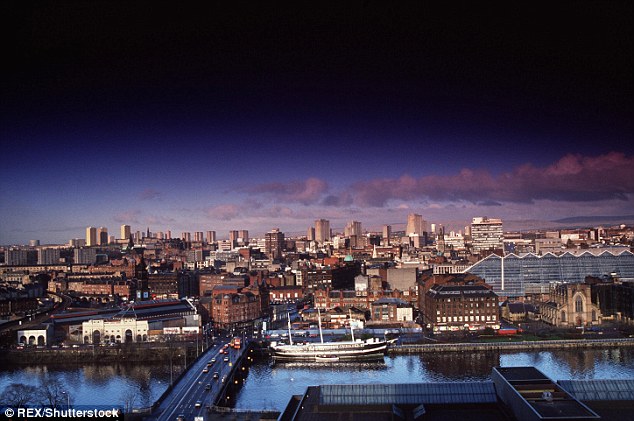 Edinburgh was also the second-highest earning city, with an average weekly wage of £578 but its office spaces were half the cost of London’s and it boasts a 70.8 per cent employment rate.

London’s affordable housing along with having the country’s highest office costs meant it lagged in second place overall despite having average weekly earnings of £697 – the UK’s highest.

Bristol came in third place and was also the highest-ranked in the UK for job opportunities. Newcastle-Gateshead was fourth – though it came eleventh for earnings – and was followed by Manchester.

The north-west city was second overall for green spaces but fared badly on earnings, coming in at tenth.

Although it finished sixth overall, Glasgow came first for the most green space, with it covering 35 per cent of the city.

The study, which was produced in collaboration with Cente for Economics and Business Research, put Leeds in seventh.

The West Yorkshire city was followed by Cardiff, Sheffield, Liverpool, Belfast and Birmingham. 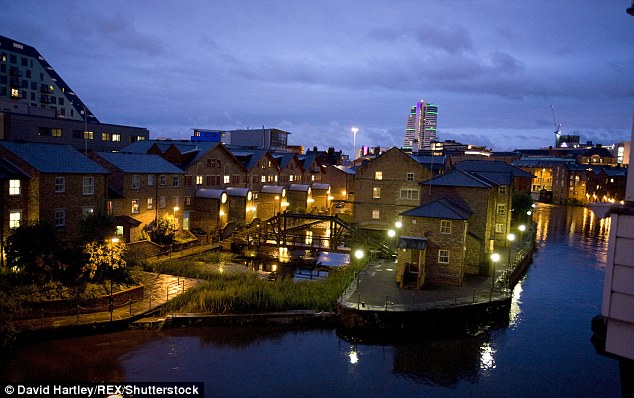 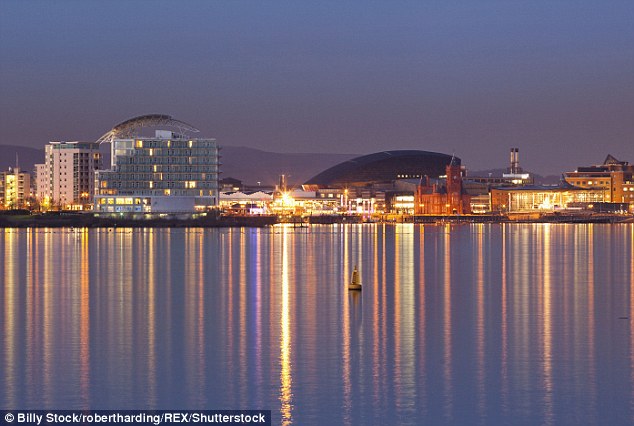 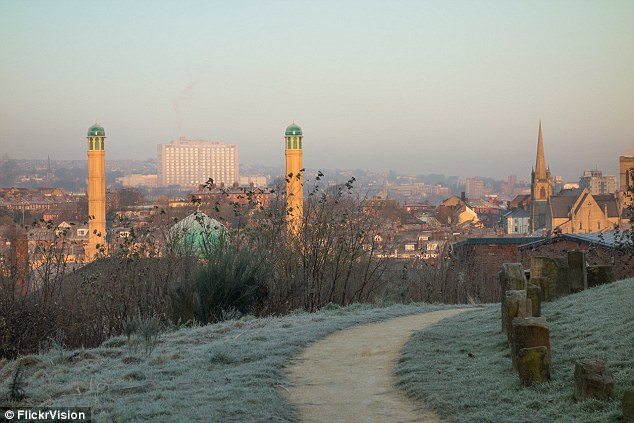 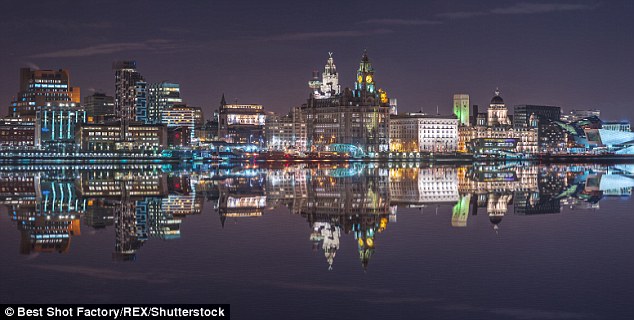 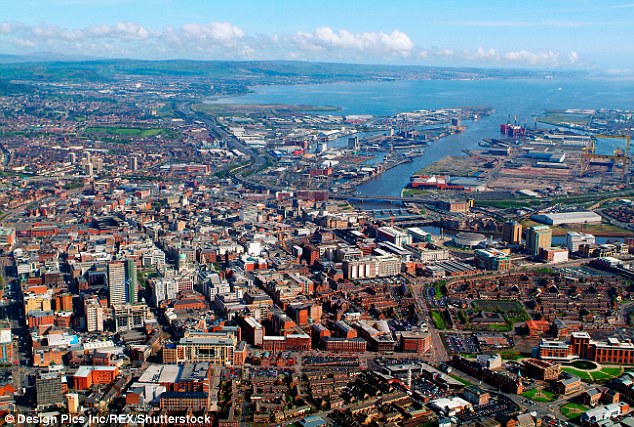 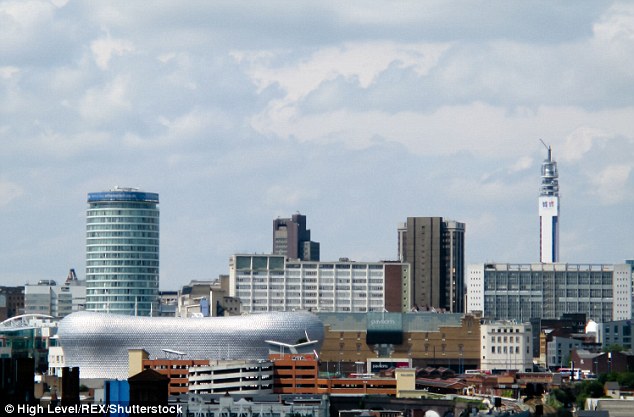 Royal Mail spokesman David Gold said: ‘This new research from Royal Mail shows there is hot competition among the UK’s leading cities to be the most attractive location for people to live and work in.

The research considered the top 10 most economically significant cities and the capital cities of Wales and Northern Ireland. 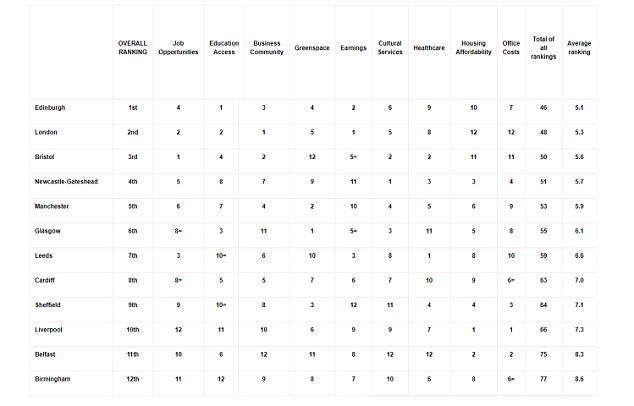 This graph shows that cities were awarded scores based on where they finished in terms of place when compared with other locations, with the lowest number winning overall