Britain’s biggest solar farm – the size of almost 1,000 football pitches – gets green light in Kent countryside despite fears it will harm the local area

Britain’s biggest solar farm sprawling the size of 600 football pitches will be capable of generating enough electricity to power more than 91,000 homes.

The £450million project Cleve Hill solar park has been given the green light and will be able to produce 350 megawatts.

The scheme is so big – providing over 50 megawatts of energy – that it is the first of its kind to be classified as a Nationally Significant Infrastructure Project (NSIP).

Environmental groups are divided in how they feel about the solar park. Friends Of The Earth welcomed the news but other organisations such as the Kent Wildlife Trust and RSPB oppose it, The Times reported.

Kent Wildlife Trust warned rare marsh harriers could be displaced by the panels as they breed in that area.

Friends Of The Earth suggested other environmental campaigners had overstated the risks.

‘No one wants to see damage to local habitats, but the site of this planned solar farm is not some lovely, untouched meadow,’ head of policy Mark Childs said, as reported by The Times.

He added: ‘It’s intensive arable farmland with all of the associated issues. Changing the use of the site from intensive agriculture will reduce the high level of chemicals currently harming insects and wildlife.’

This meant it needed to be signed off by the Secretary of State for Business, Energy and Industrial Strategy (BEIS) Alok Sharma and yesterday he gave the project his seal of approval.

A BEIS spokesman said: ‘The decision to grant consent for the Cleve Hill solarpark was taken after careful consideration.

‘Solar power has the capacity to play an important role in the UK ending its contribution to climate change by 2050.

‘This project will help power nearly 100,000 homes, making it a world-leading solar and storage project.’ 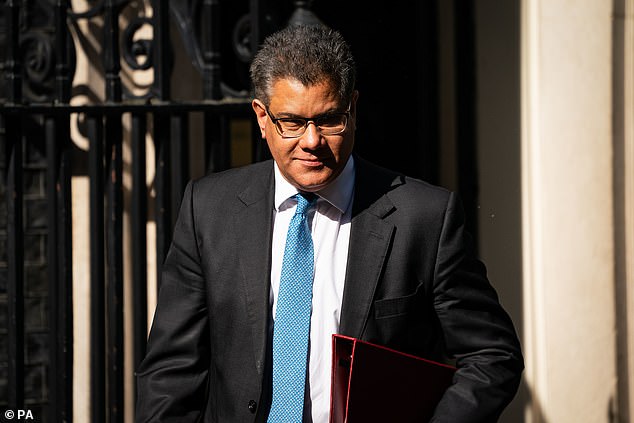 Secretary of State for Business, Energy and Industrial Strategy Alok Sharma yesterday gave the project his seal of approval

The proposed site is near the village of Graveney, one mile north east of Faversham and three miles west of Whitstable.

The farm may also include one of the world’s largest batteries to help meet demand and store the power.

The development on the Thames Estuary is also set to hold one of the world’s largest energy-storage facilities, dwarfing the lithium-ion battery built by Tesla’s Elon Musk in South Australia by three times. 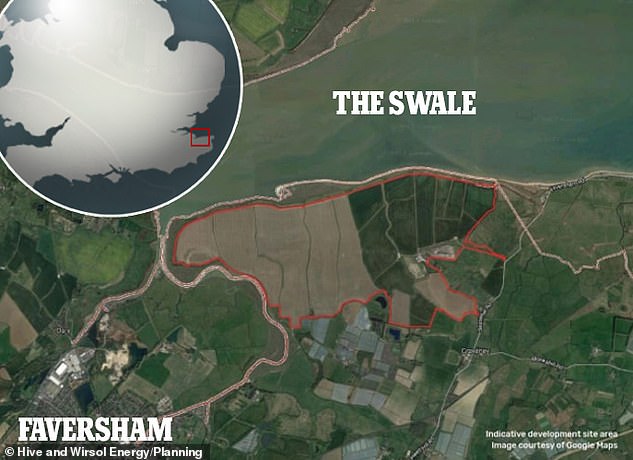 The proposed site is near the village of Graveney, one mile north east of Faversham and three miles west of Whitstable

Construction on the site could begin as early as next year with an aim for clean energy production by 2023.

Electricity will be sent to the nearby London Array sub-station, which already receives power from the offshore wind farm.

A development consent order was sent to the Planning Inspectorate in November 2018.

An extensive examination was held last year to iron out controversial topics with locals such as wildlife, traffic, visual impacts and battery safety.

The largest solar farm is currently in Shotwick in north Wales.