Britain’s biggest speed camera which can catch bad drivers nearly a mile away is set to rake in £250,000 from 1,200 motorists in its first month including one doing 126mph on 70mph road

Britain’s biggest and newest speed camera dubbed ‘The Long Ranger’ has snared more than a thousand drivers in its first month in action.

The super high-definition mobile device can picture bad drivers speeding or not wearing seat belts from more than half a mile away.

It can pick up a host of other offences including drivers using their phones and licence plate offences.

The new mobile camera has caught 1,293 speeders on the A417, which has a 70mph limit, in less than a month since it was deployed.

The average cost of a speeding ticket in the UK is £188, meaning the camera is estimated to have raked in £243,084 in November alone.

Police claim the new camera can produce clear images at twice the distance of a normal one.

PC Sean Graham is one of a number of officers tasked with testing the new long-range camera. He is pictured here on the A417 in Gloucestershire 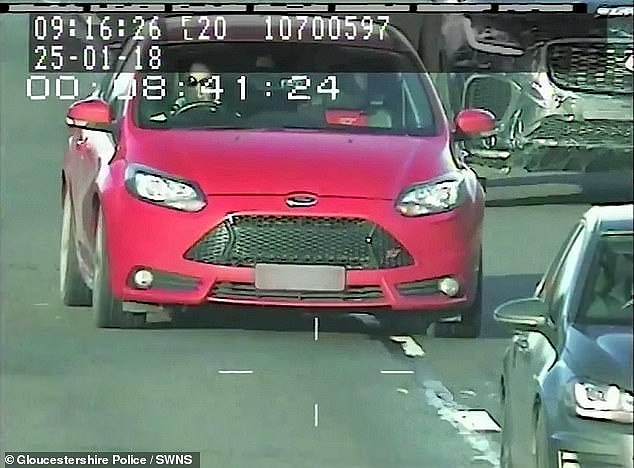 The worst offender was clocked at 126mph, with nine others caught at more than 100mph.

Its operation is centred on an A road in Gloucestershire which carries up to 35,000 vehicles per day between the M4 and M5 and has one of the UK’s worst accident records.

Police and Crime Commissioner Martin Surl said: ‘This is not about bashing the motorist.

‘I’m just as pleased to see police were there to help drivers in trouble as well as being able to challenge those breaking the law.

‘Many people have come to me with their concerns about speeding and other safety issues along this road.

‘This is a new model of collaborative roads policing which, if it proves a success, can be put into practice elsewhere.’

Officers use the long-distance camera and automatic number plate recognition (ANPR) to check on what vehicles are on the roads and how they are being driven.

They said the main aim was to educate people about how to drive more safely, to prevent accidents that can kill or seriously injure people.

Some drivers will be given advice about their driving while others, who have committed offences, will be prosecuted.

The operation was launched in a lay-by on the A417 known as Granny’s Pumps. It is between Cirencester and the outskirts of both Cheltenham and Gloucester.

If the pilot is successful, it could be applied to other roads in the county.

Speaking earlier this year, Mr Surl said: ‘This is one of the county’s busiest roads which also has one of the worst accident records due to the way it’s used.

‘Many people have come to me with their concerns about speeding and other safety issues along this road.

‘We now have a chance to test a new model of collaborative road policing which, if it proves a success, can be put into practice elsewhere.

‘The aim is not just to penalise motorists but to uphold the law by creating a change in people’s behaviour. But the police will enforce the law when necessary.’ 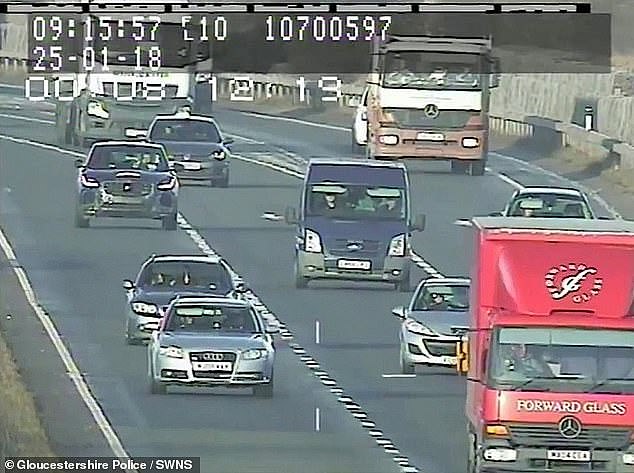 The new mobile camera has caught about 1,200 speeders on the A417, which has a 70mph limit, in less than a month since it was deployed