Competition judges have praised the ‘amazing’ collection of images that have been shortlisted for the annual Royal Air Force photography competition.

Over 1,000 images, celebrating every aspect of the men, women and machines that make up the UK air defence force, have gone on show at the RAF Museum in Hendon.

‘As ever the quality of imagery is extremely high so the three judges have a difficult day ahead of them,’ a spokesperson said.

The competition includes 13 categories, ranging from Current RAF Equipment to Operations and Exercises and even a Video category.

The photographers, all serving members in the RAF are based at several stations in the UK, such as a RAF Cranwell, as well as oversea bases like RAF Akrotiri in Cyprus.

Showcasing a wide range of topics, top shortlisted photos include an adorable picture of a young boy in uniform saluting the Red Arrows, veterans on parade, and stunning action shots with a Chinook pilot’s perspective.

Three GR4 jets that took part in the final farewell tour of the Tornado over the UK. With almost 40 years of Royal Air Force service coming to an end, the iconic Tornado jet is undertaking a series of finale flypasts around the UK 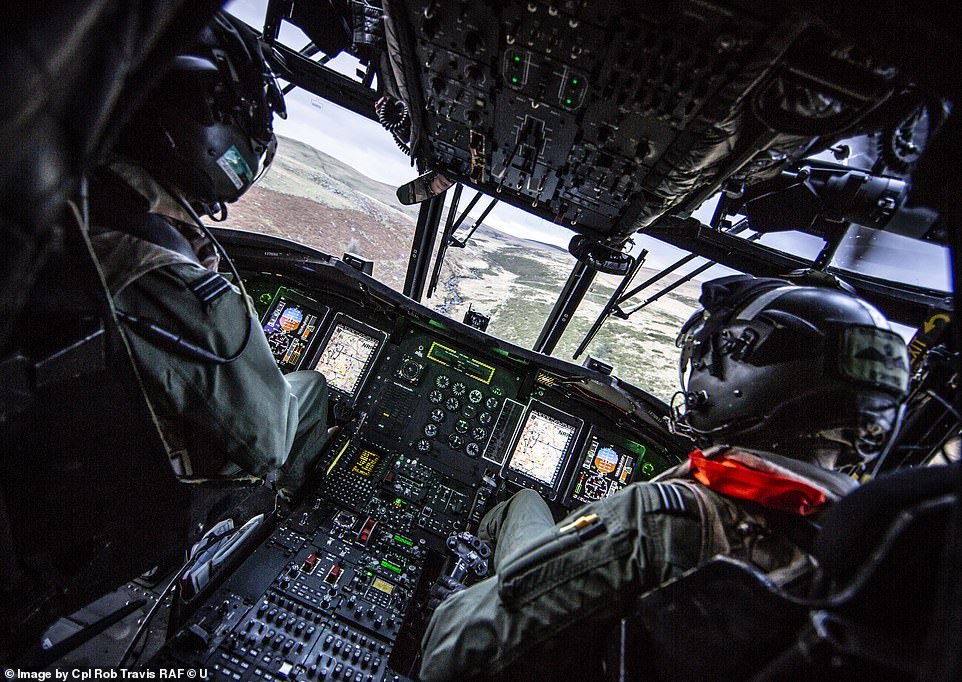 The cockpit of Chinook Mk5 from 27 Sqn flying a Tactical evaluation sortie over Dartmoor. This Included moving Royal Marines as part of their own Training Exercise Low level Flying and undertaking a rear wheel Landing on one of Dartmoor’s many tors. The picture was taken by Corporal Rob Travis 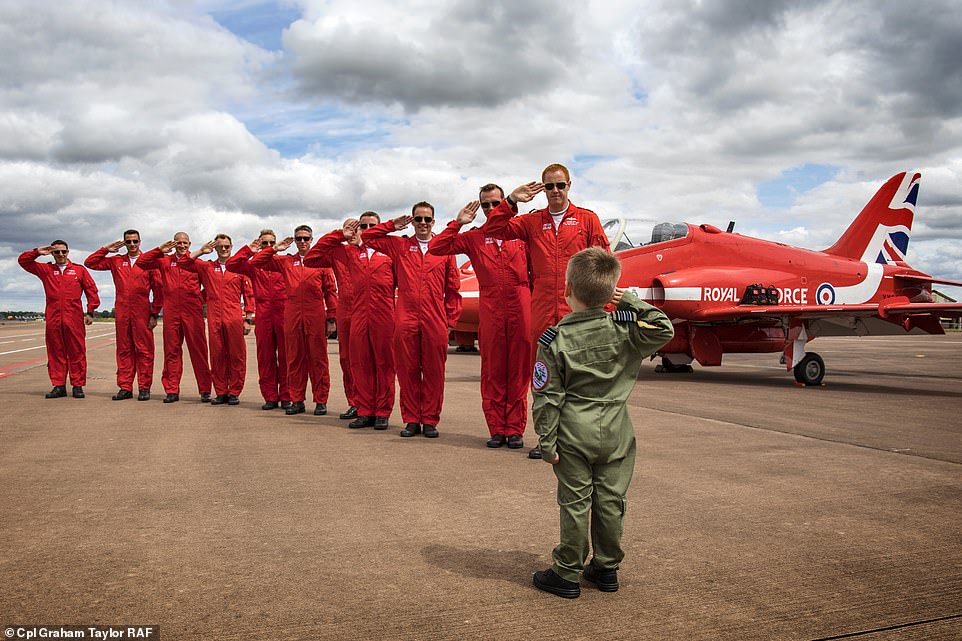 Jacob Newson, five, takes a salute from his heroes the Red Arrows pilots, at the Royal International Air Tattoo. His father Andrew tweeted to say how Joshua wants to be a Typhoon pilot. Corporal Graham Taylor captured the image 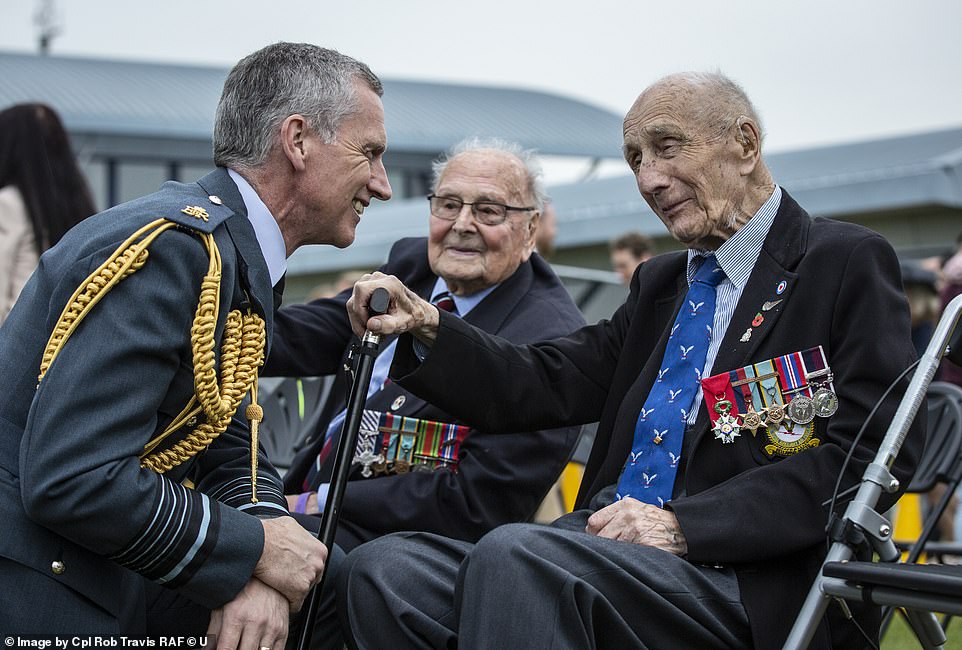 A serving officer speaks to veterans at a Royal Air Force Benevolant Fund event at RAF Oldham, to celebrate the 100th birthday of the fund. The fund’s logo was recreated using lights held by CAS, Station personnel and their families and RAFBF Members. Picture taken by Cpl Rob Travis 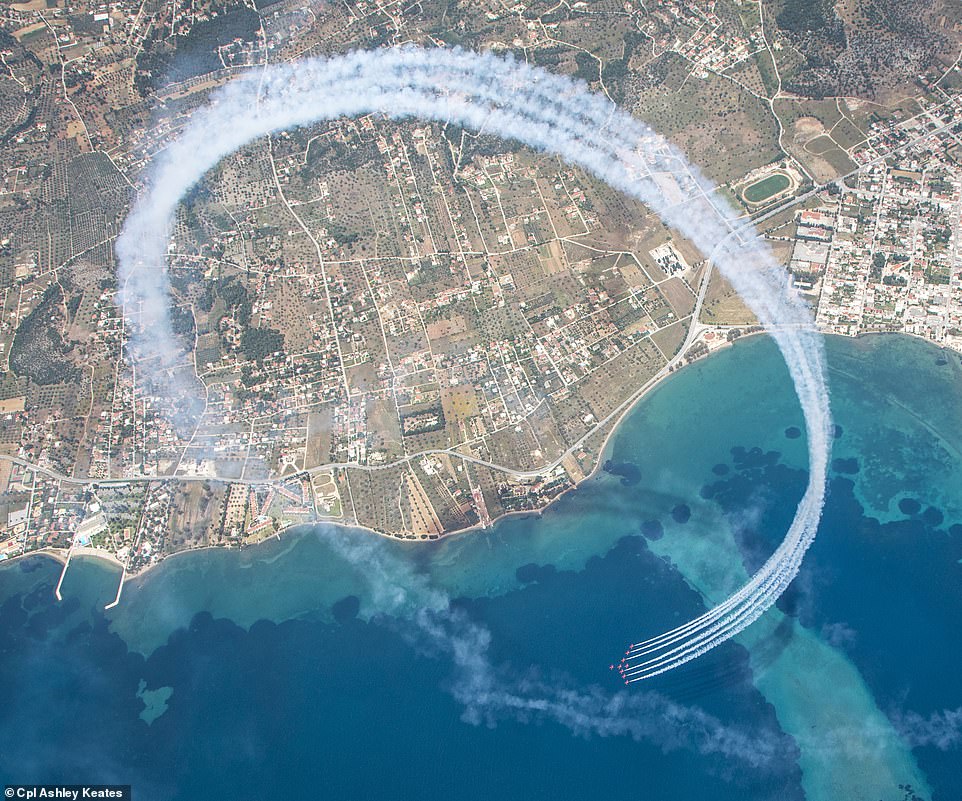 The Red Arrows complete a Cygnet loop during Ex Springhawk 2019 in Greece. Cpl Ashley Keates, a Royal Air Force Photographer who joined the force in 2003, took the photo and is currently based at RAF Scampton with the Royal Air Force Aerobatic Team 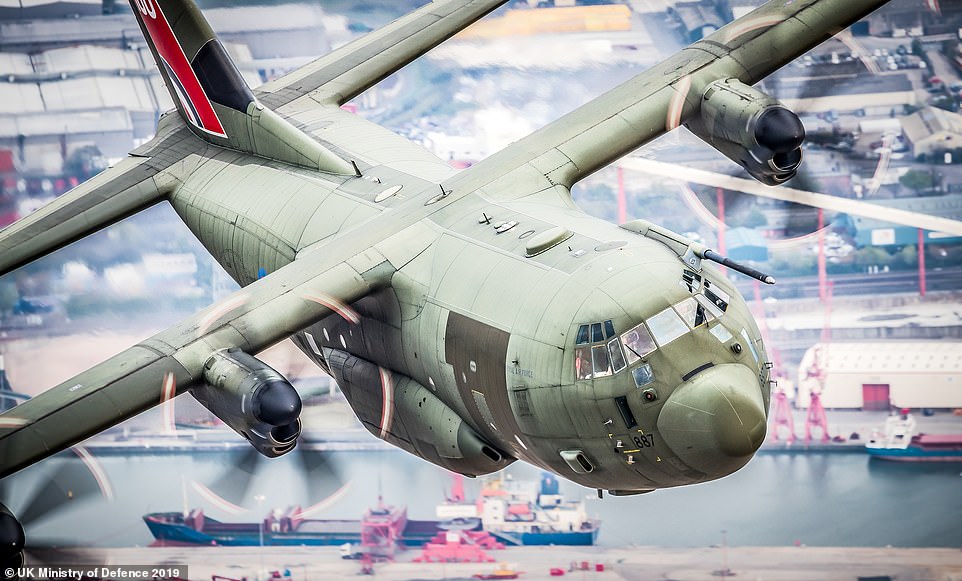 A single C-130J Hercules flies over the Severn Estuary alongside another two Hercules to perform some three-ship aerial training. The planes took off from RAF Brize Norton, went over RAF (USAF) Faiford before completing number of passes over the Bristol Estuary 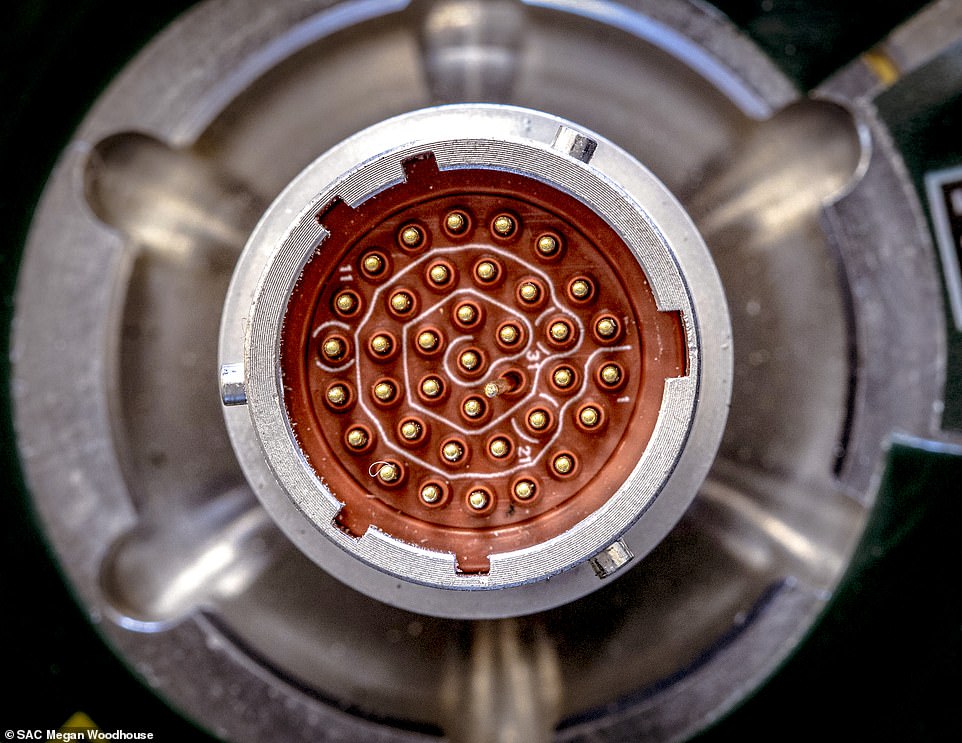 Senior Aircraftwoman (SAC) Megan Woodhouse captured this image of a damaged connector that was used for an engineers report. It was entered under the Technical/Engineering category of the photography competition 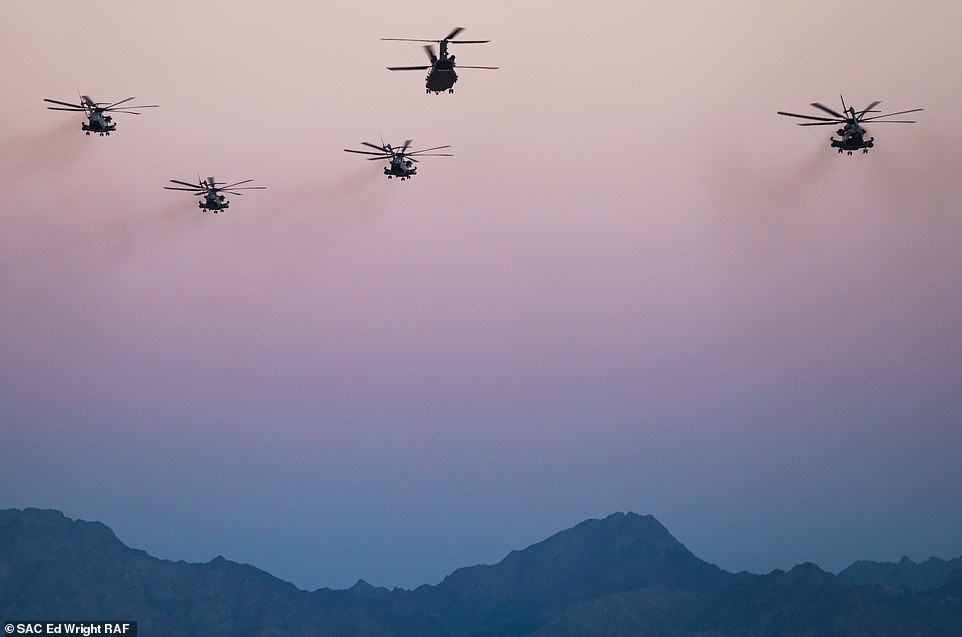 A Royal Air Force Chinook from 27 Sqn, RAF Odiham, flies alongside three USMC CH-53 Super Stallions near to Marine Corps Air Station Yuma in Arizona, USA to take part in a twice-a-year training a development programme known as WTI. It was taken by SAC Ed Wright 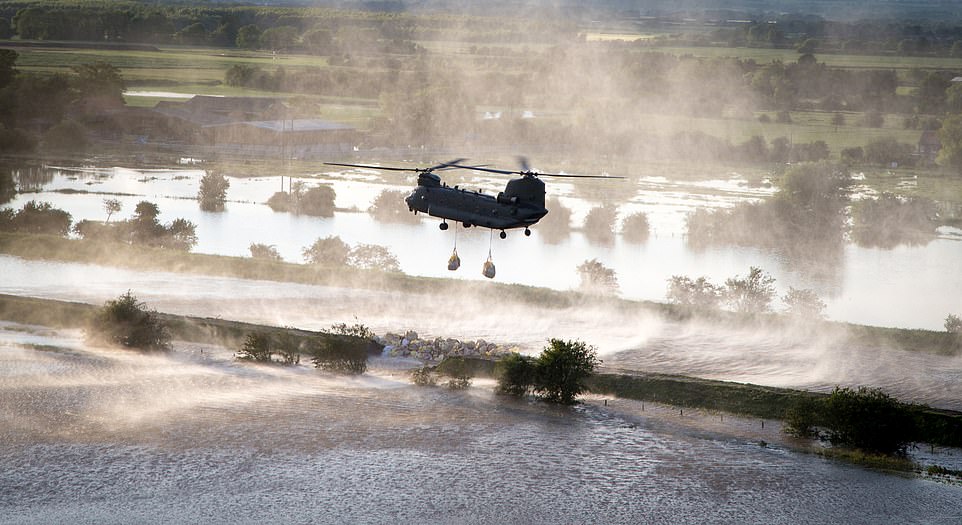 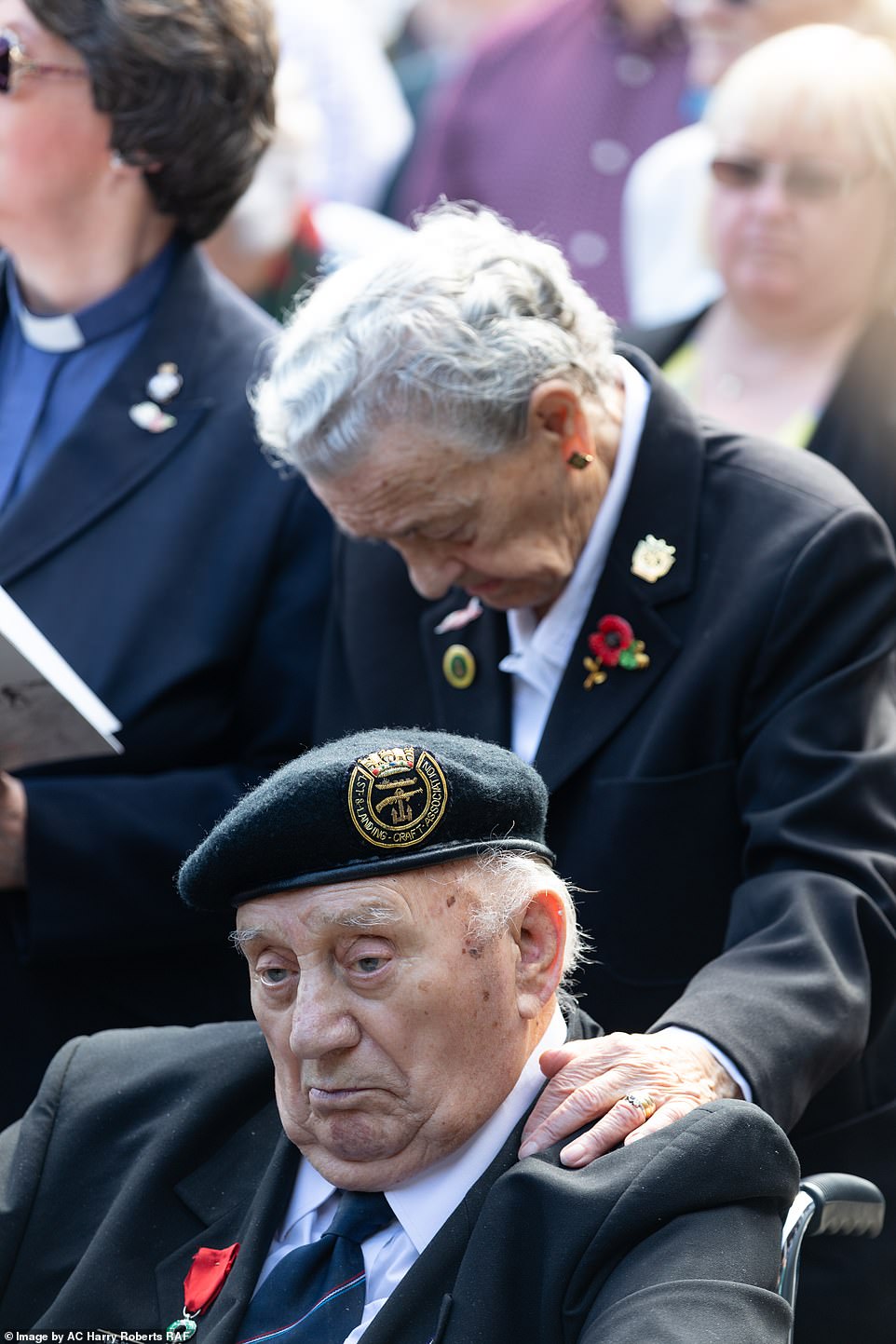 A veteran comforts another comrade at an event at the National Memorial Arboretum (NMA) to commemorate the 75th Anniversary of D-Day and the Battle of Normandy. The image was taken by AC Harry Roberts 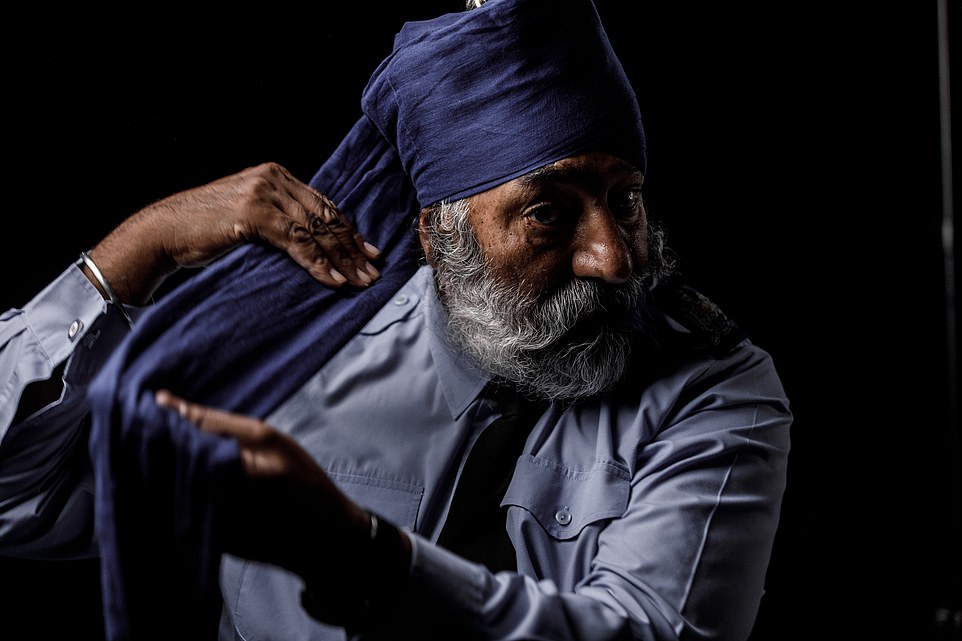 Warrant Officer Balbir Singh Flora prepares his turban prior to having a formal portrait. The image, taken by Paul Saxby from RAF Cranwell, was used as part of a Black Asian Minority Ethnic (BAME) recruitment campaign 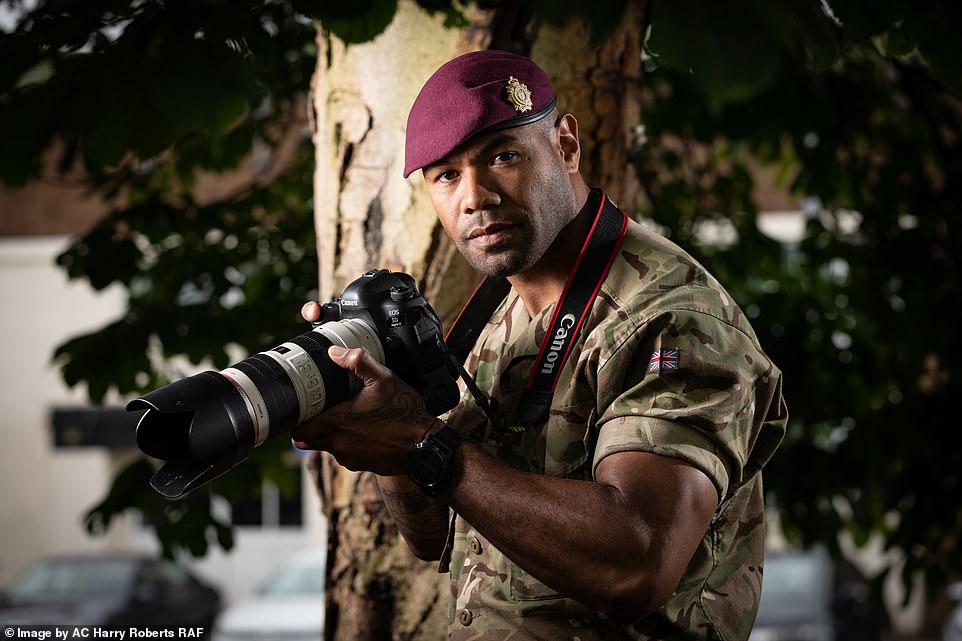 An environmental portrait of Corporal Tanuku at RAF Cosford, Wolverhampton, that was taken by his colleague AC Harry Roberts 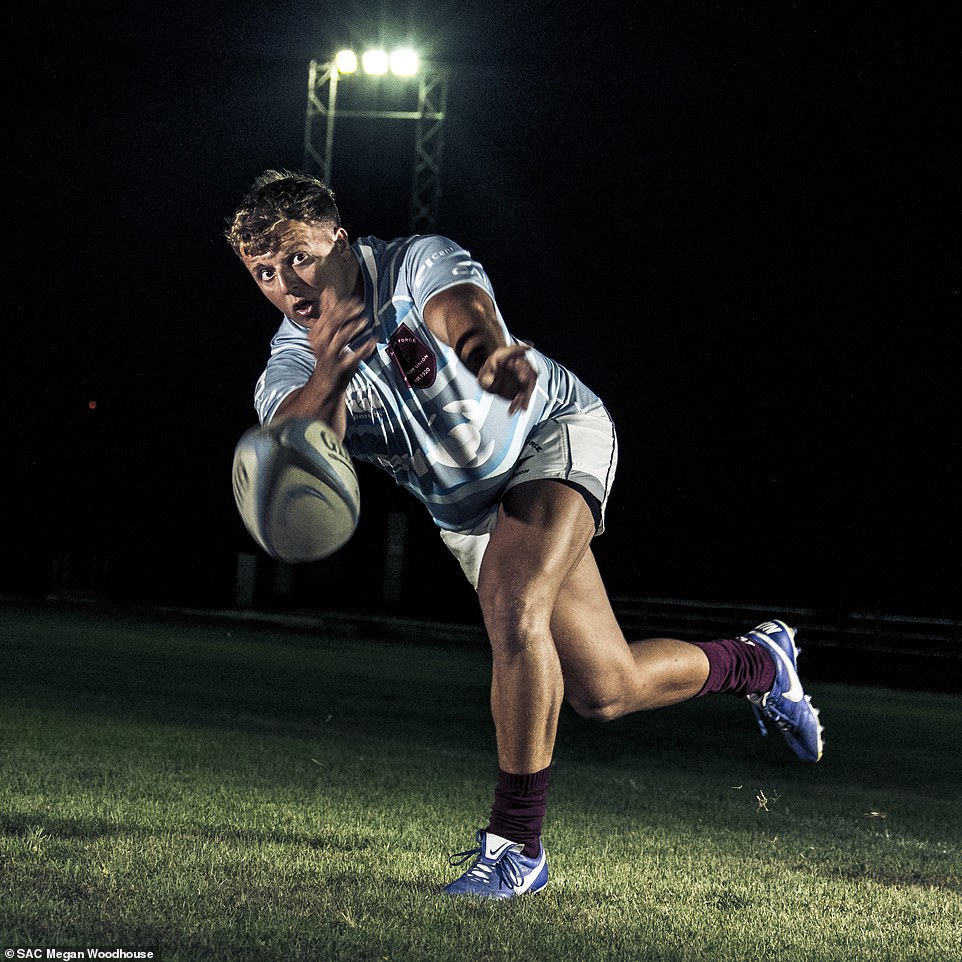 Liam Eaton throws the rugby ball towards the camera at RAF Akrotiri. Eaton represents the Royal Air Force at rugby. The picture was taken by SAC Megan Woodhouse