Britain’s first Down’s Syndrome couple to marry fear separation after 24 years of wedded bliss as husband, 61, battles dementia and faces being put in a care home

Britain’s first Down’s Syndrome couple to wed could be forced to separate after 24 years of marriage as the husband battles dementia, their family revealed today.

Tommy, 61, and Maryanne Pilling, 48, have lived together in a flat packed with Elvis Presley memorabilia in Southend-on-Sea, Essex, since they tied the knot in 1995.

But Mr Pilling was diagnosed with dementia five years ago and has tragically sometimes started to forget who his wife is late at night, leaving her ‘hysterical’.

Tommy, 61, and Maryanne Pilling, 48, from Southend-on-Sea, have been married for 24 years 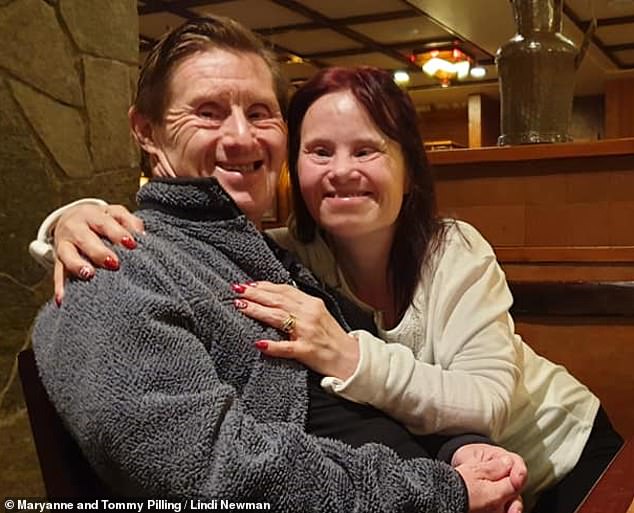 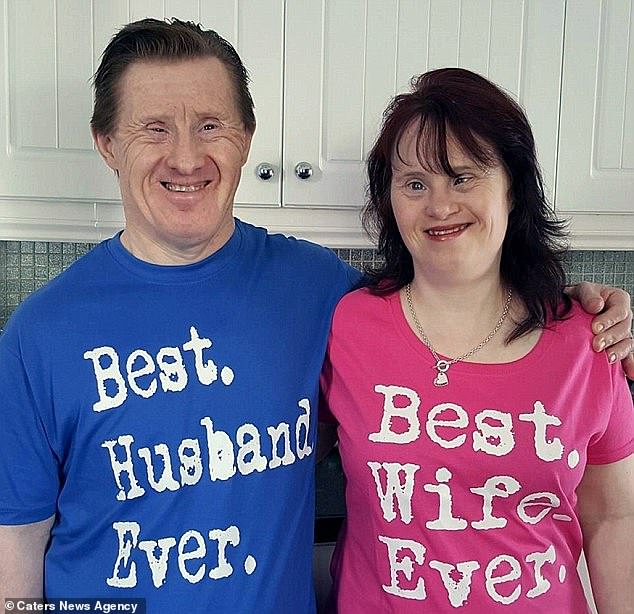 He is also now struggling to complete normal day-to-day tasks such as tying his own shoelaces and washing his hair, and now could be placed in a care home.

‘He pushes her away and says, ‘I don’t know who you are’ and ‘I don’t love you’. Maryanne takes that to heart and is absolutely crushed and hysterical.

‘She calls me up and I throw on my shoes and go across the road to try and calm them down. It’s scary for Tommy too, but then he forgets anything has happened.’ 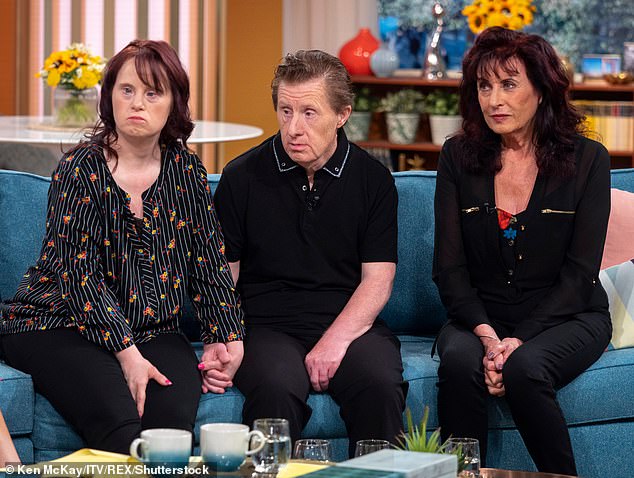 In July 2018, Mr Pilling dissolved into tears while discussing his love for his wife on ITV’s This Morning. The couple are pictured together with Mrs Pilling’s mother Linda 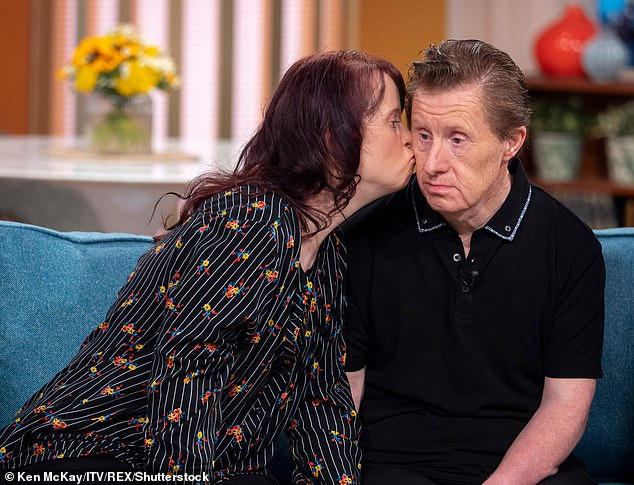 Ms Newman added that she tries to reassure Mrs Pilling by saying her husband is forgetting things ‘because his brain’s a bit poorly and he’s getting older’.

About half of people with Down’s syndrome develop dementia due to Alzheimer’s disease when they get older.

People with Down’s are born with an extra copy of chromosome 21, which carries a gene producing amyloid precursor protein (APP).

Too much of this protein leads to a build-up of protein clumps called beta-amyloid plaques in the brain.

Almost all people with Down’s have these plaques by the age of 40, including other protein deposits called tau tangles which affect the functioning of brain cells and increase the risk of dementia.

People with Down’s normally begin to show symptoms of Alzheimer’s in their 50s or 60s, according to the US National Institute on Aging.

However, the family have been told that Mrs Pilling would not be able to join her husband if he needs residential care, which would have a ‘horrific impact’ on them.

Speaking to the Express, Mr Pilling told how he sings Love Me Tender to his wife ‘every day’ and pointed to his ring, saying: ‘I wear this every day. I married her, I did.’

Mrs Pilling added: ‘We just like spending time together. My wedding day was the best day of my life. I love my husband very much. He is my best friend.’

In July 2018, Mr Pilling dissolved into tears while discussing his love for his wife on ITV’s This Morning, as they spoke to Philip Schofield and Holly Willoughby.

Mrs Pilling’s mother Linda was also the show, and told how she was criticised for letting her daughter get married, saying the couple’s relationship was ‘magical’.

The Pillings first met at a day centre in Southend in 1990 and were instantly besotted with each other, dating for about 18 months before he proposed.

He popped the question with a toy ring from a vending machine, before the couple married in front of 250 guests at St Mary’s Church in Shoeburyness in 1995. 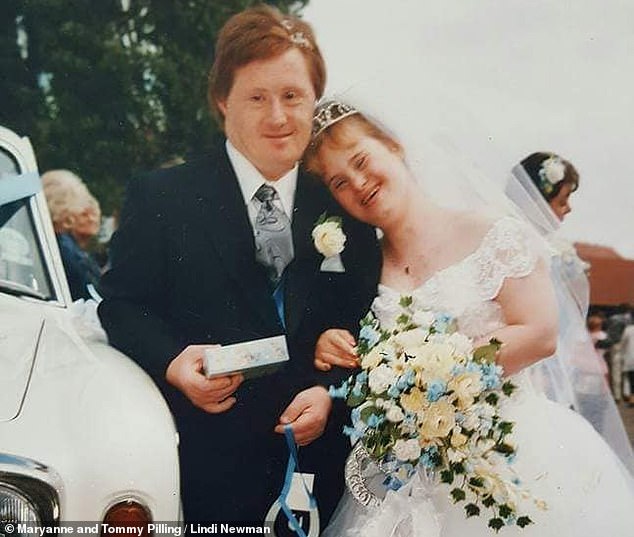 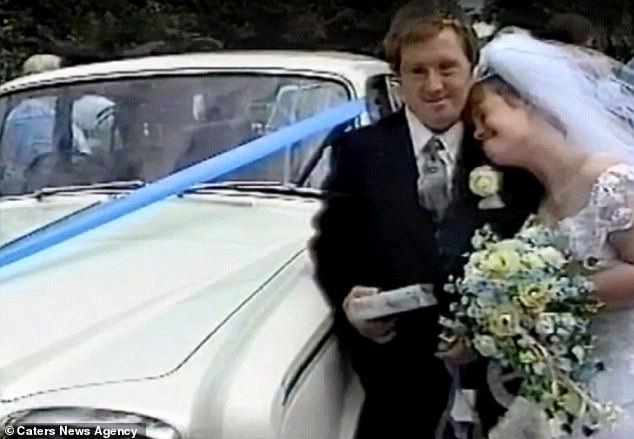 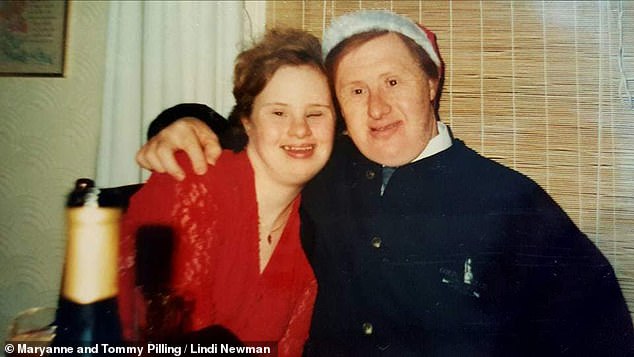 For their first seven years of their marriage the couple lived with Mrs Pilling’s mother, but now live on their own next door.

Ms Newman later set up a Facebook page which follows the couple’s romance with pictures and videos, and it now has more than 60,000 followers.