The bitter truth is that more than two decades of overseas takeovers, many of them by predatory, private equity firms, has hollowed out the UK’s command and control of its own economy.

Decisions about great swathes of industrial infrastructure from ports, airports and power production to water, steel and aerospace are made not in the national interest but on behalf of financially driven investors in far-off places.

A bridge too far?: Infrastructure champion John Laing, which managed the construction of the second Severn crossing (pictured),  is now in private equity hands

No part of the economy has been unaffected and in the pandemic the private equity sharks have been buying key firms as if there were no tomorrow.

Among those in the wrong hands are the world’s largest security company G4S, employing 533,000 people across the globe, and infrastructure champion John Laing, which managed the construction of the second Severn crossing, the Prince of Wales Bridge.

Most buyers are more interested in short-term returns, rather than ‘Building Back Better’ or ‘levelling up’ – the favourite mantras of the Government. There has also been private equity interest in the UK’s depleted aerospace and engineering sector at engineer Senior and Ultra Electronics.

If you want to understand why there is so little consistency in the way Whitehall handles bids for British industrial and manufacturing gems, look no further than the grandiloquently named but universally deprecated Department for Business, Energy and Industrial Strategy.

It has become a temporary resting place for rotated secretaries of state with four occupants in as many years. Greg Clark, Andrea Leadsom and Alok Sharma all left a trail of unfinished business.

The latest incumbent, Kwasi Kwarteng, came to office early in 2021 with a pledge to clean up capitalism.

His initiative of audit reform is struggling to find parliamentary time. Kwarteng also is distracted by the ruin of Sanjeev Gupta’s Liberty Steel empire – employing 3,000 people in the UK – itself the product of unsafe private finance provided by disgraced financier Lex Greensill and non-existent accountability. Gupta’s GFG Alliance is the subject of a Serious Fraud Office probe.

Rapacious investors with private equity models have been allowed to make huge inroads. Four years of Brexit uncertainty, when the eyes of the political class were elsewhere, drove down valuations for many quoted firms on the London stock market. It has been open season for predators looking for bargains.

Aerospace is a depressing example – one of the sectors where Britain with its tremendous innovative history has punched above its weight.

Fortunately, the giants at the core of the sector – defence manufacturer BAE Systems, home of the Tornado and Typhoon fighters; and Rolls-Royce, maker of the world’s most sought-after aero engines – are guarded from takeover by a ‘golden share’ held by the Government.

But we have seen the rest of the sector decimated. UK-quoted engineer Melrose, which boasts a private equity model including extraordinary financial rewards for its founders, bought GKN – which made cannonballs used in the Napoleonic Wars and the Spitfire in the Second World War – for £8billion in 2018. 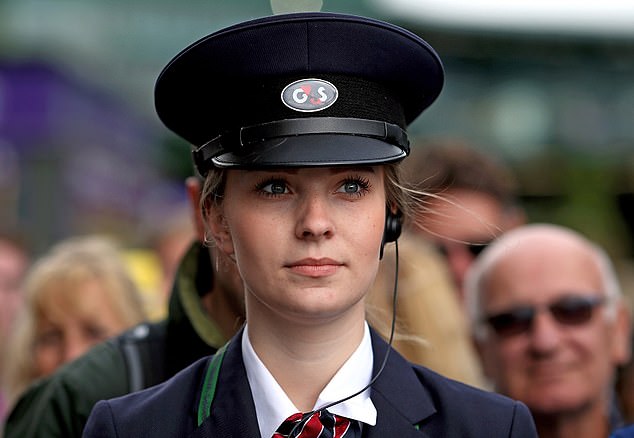 Mayfair-based Melrose shut GKN’s Midland HQ and in 2019 axed the Kings Norton factory. It closed with the loss of 170 jobs over a two-year period.

Dorset innovator Cobham was bought in 2020 by Boston private equity outfit Advent which has been busy dismantling the world’s leading maker of flight refuelling equipment ever since. Some £2.7billion of assets have been sold and vital UK tech lost.

The sales of Cobham and Inmarsat fatally denuded UK space expertise as the UK looked to withdraw from Europe’s Galileo platform, leaving the Government scrambling for alternatives.

In March this year private jet facilities group Signature Aviation was the subject of a break-up bid by three private equity firms, one controlled by Microsoft founder Bill Gates.

Another critical aerospace firm, Meggitt, which makes components for civilian and fighter aircraft, is being sized up by a debt-fuelled US competitor.

As a result, the UK’s supply lines have been eroded and valuable avionics and space-age research and development diverted away into less safe hands. The threat to national security has been palpable yet most of these transactions were nodded through.

During the pandemic predators have taken advantage of corporate weakness. G4S is hardly the UK’s most popular firm yet it is the world’s largest security and surveillance firm and guards nuclear facilities and runs prisons. It was sold to US private-equity-backed Allied Universal for £3.8billion.

The narrative behind most of these calamitous deals, which also has seen leading chip maker Arm and famous engineers such as Laird and Aggreko fall into overseas hands, is similar. Funded with cheap debt, assets are bought at low prices and flipped to new buyers swiftly.

The buyers are aided by feeble directors because deals trigger big payouts. Melrose chief Simon Peckham and senior colleagues could reap tens if not hundreds of millions in bonuses if their ‘buy, improve and sell’ private equity model produces super-returns from the dismemberment of GKN.

Melrose is transparent, as a quoted company with a private equity model, so every move is properly and fully disclosed and accounted for. That is far from the case in most private equity deals – where owners operating behind closed doors escape opprobrium for their actions.

What I find most disturbing is the way in which Britain’s industrial base and its knowledge-based economy are undermined.

The greatest frustration is that our politicians and policy makers don’t seem to understand what is happening.

It is only when companies such as Liberty Steel, custodians of the UK’s great traditions in speciality steels, are brought low that policy makers confront the reality. By then it is too often too late to save the skills, R&D, manufacturing capacity and jobs vital to global Britain.

In allowing the skills and R&D to pass into the uncaring hand of financial engineers we are betraying future generations.