Britain’s most trodden paths revealed, from Snowdon’s summit to villages of the Peak District

The walk to the summit of Snowdon in Wales is Britain’s most trodden path, according to Ordnance Survey (OS).

But the village of Edale in the Peak District is the most popular area for ramblers and hikers to set off on a walk from, the mapping agency revealed.

It made the discovery by analysing over 818,000 public walking and cycling routes created over the past year using its digital map and planning tool, OS Maps.

The summit of Snowdon in Wales, pictured. New analysis by the Ordnance Survey has found the walk to the summit of the peak is the most popular hike in the UK 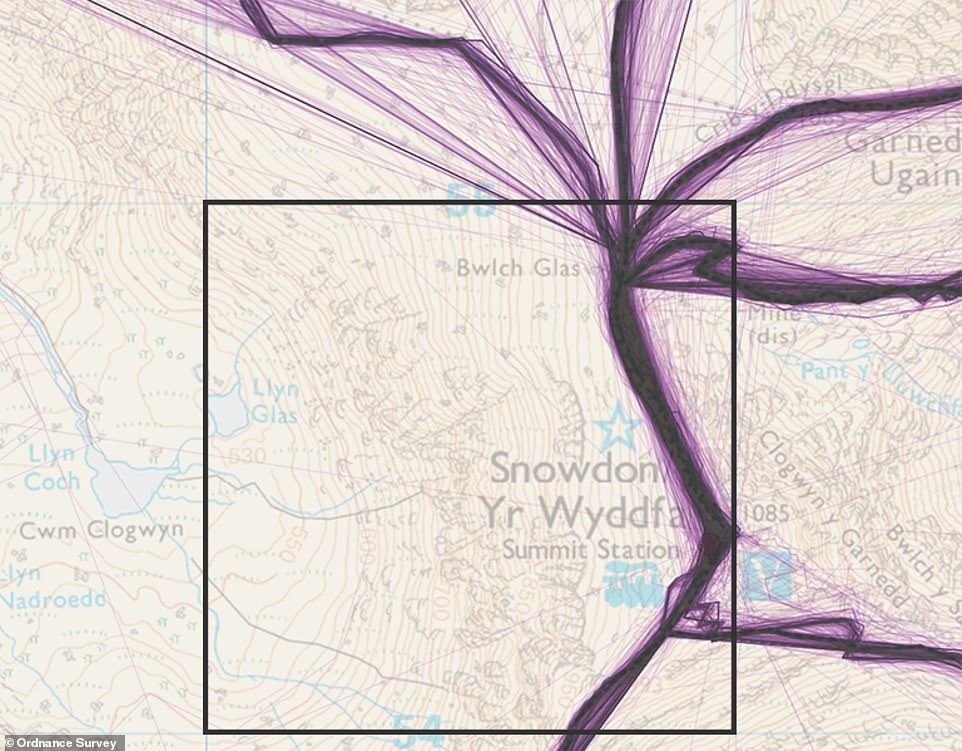 A map showing the 2,370 routes that have been taken around Snowdon by walkers, runners and cyclists over the past year

By breaking down the country into square kilometres and counting the number of routes passing through each square, OS has produced a league table that sees Snowdon top with an impressive 2,370 routes.

Second place is Edale, with 2,300 routes recorded over the past year.

Number three on the list is the walk around Scafell Pike while fourth is Allen Crags and fifth is Great End/Long Pike – all three are in the Lake District. 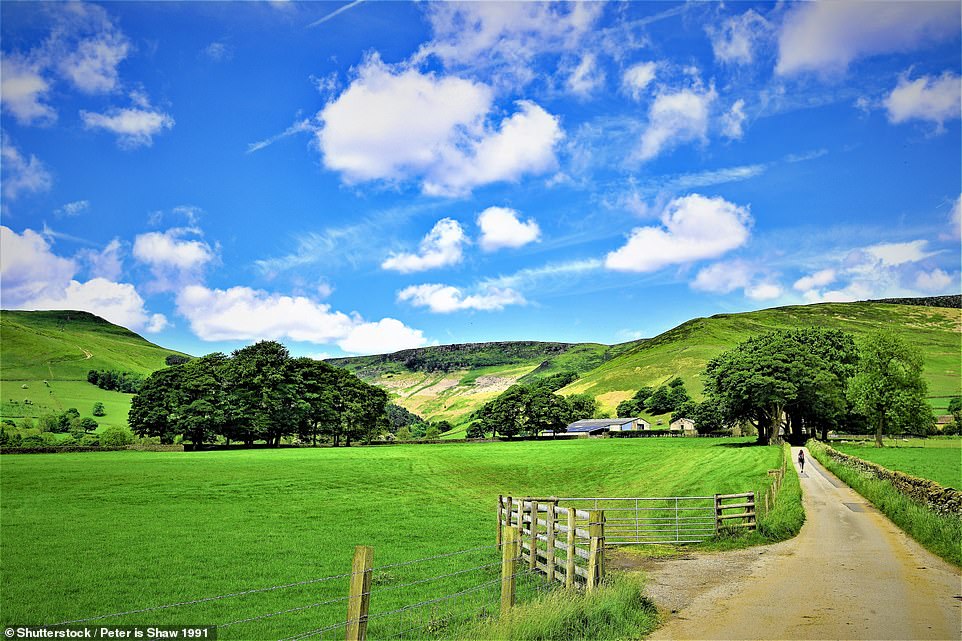 The second most popular walk in the UK is around Edale (outskirts pictured), a small village in the heart of the Peak District 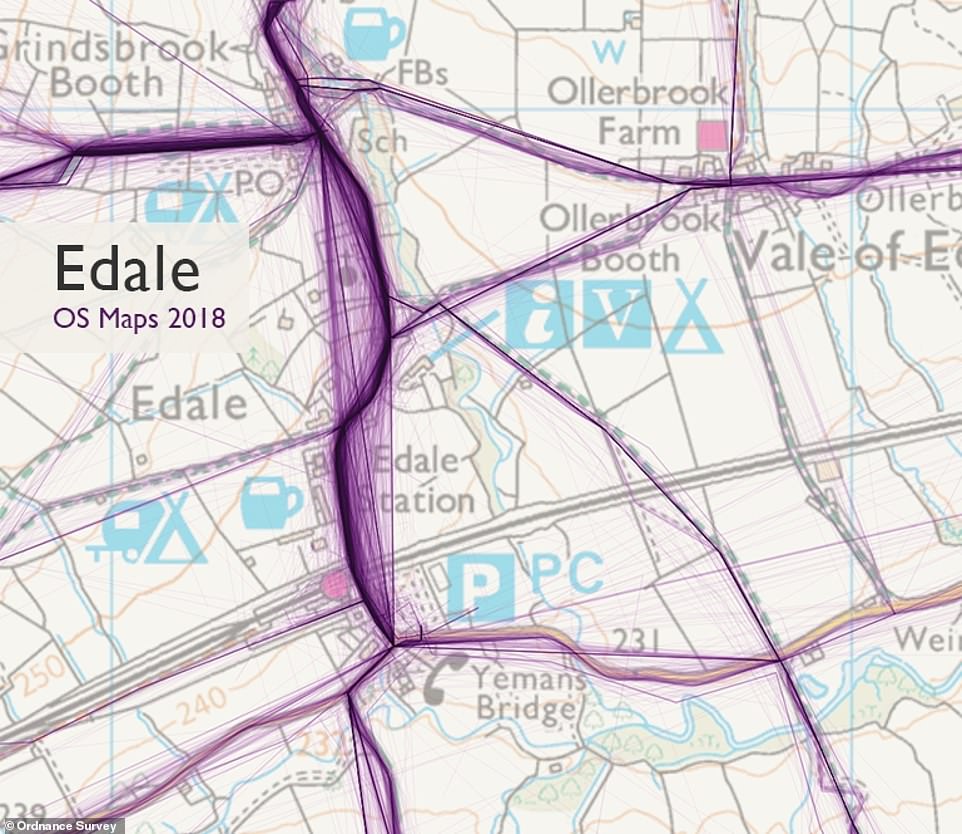 Over 2,300 routes were recorded over the past year around Edale, which was found to be the most popular place to start a walk 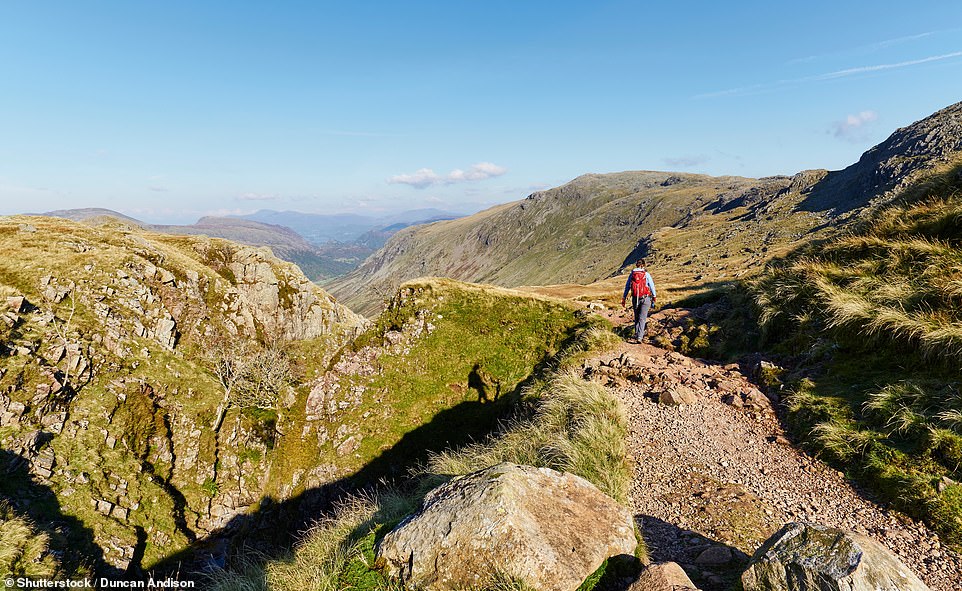 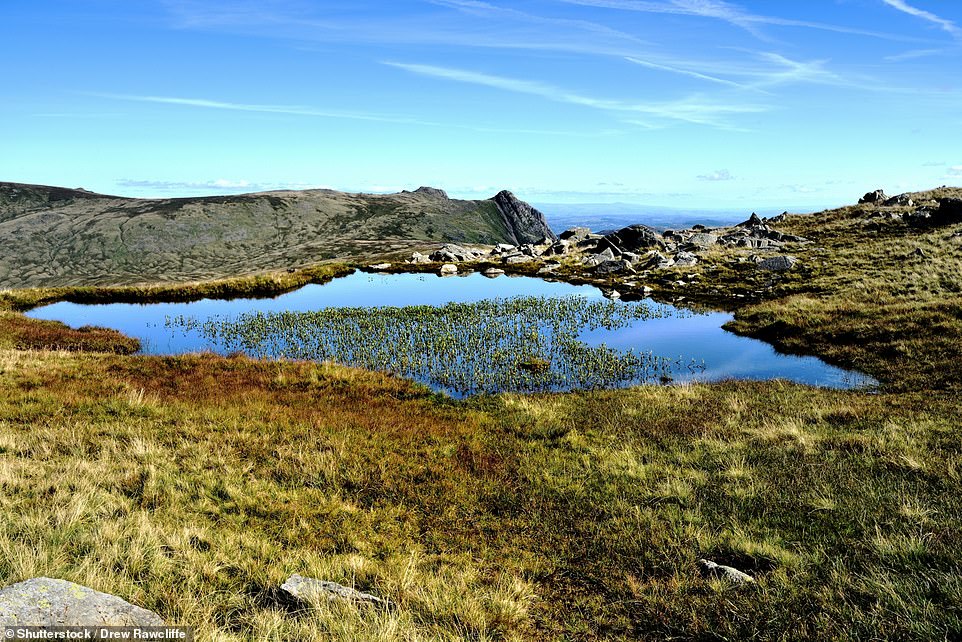 The fourth most popular route is around Allen Crag, a series of hills in the Lake District

The data also showed that the area where most routes end is Fairholmes in Derbyshire, which offers spectacular scenery and reservoirs that were used for practice runs by the legendary Dambusters air crews.

The most popular city for walking, meanwhile, is London, followed by Manchester and Wakefield in third place.

Birmingham takes fourth place while Sheffield is in fifth.

The rest of the top ten is made up of Bristol (sixth), Southampton (seventh), Winchester (eighth), Brighton and Hove (ninth) and Bath (10th).

Last year the average length of route created using OS Maps was 10 miles. The total length of the publicly shared routes totals 2.95 million miles, which if walked 10 miles a day would take 808 years to complete. 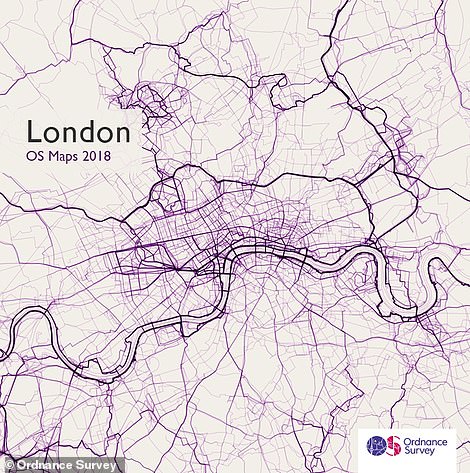 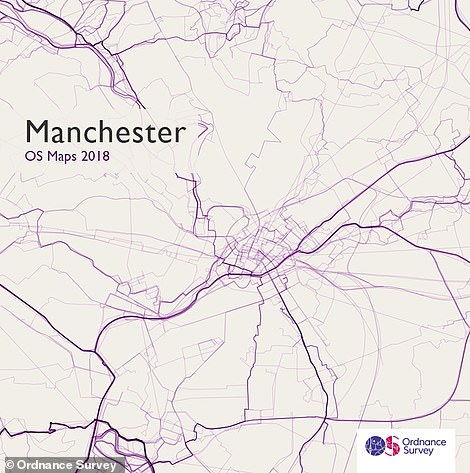 The most popular city in the UK for walks is London

Meanwhile the fantastic summer of 2018 is probably why May, June and August were the most popular months for people to create routes.

Understandably, the National Parks are the most popular places to find routes but the rest of Carmarthenshire, west of the Brecon Beacons, is one of the areas of Great Britain with the fewest recorded routes.

‘These routes can be viewed on a map, or as 3D fly-throughs and even in real-life Augmented Reality (AR) using the Tabletop 3D feature. 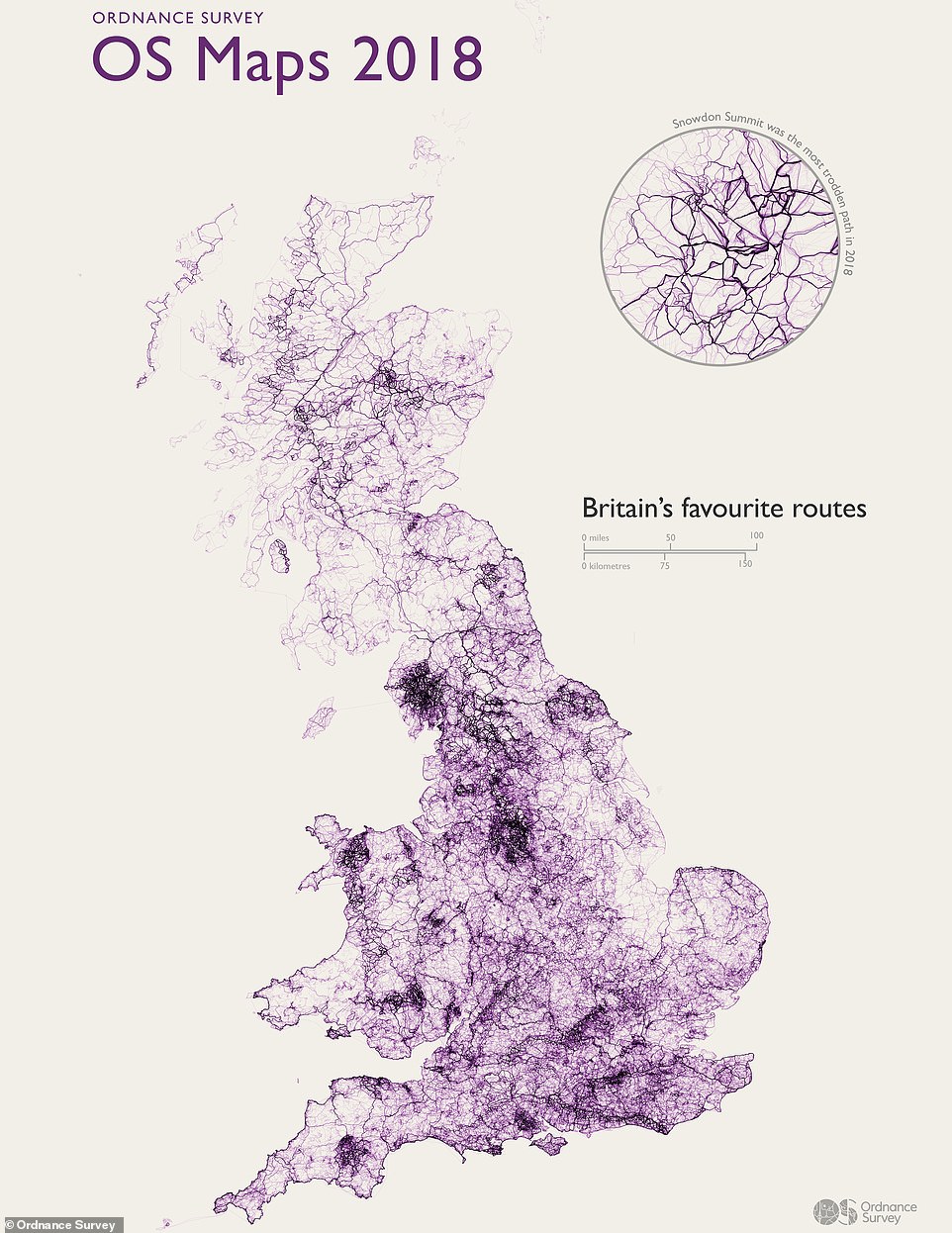 The Ordnance Survey analysed over 818,000 public walking and cycling routes created over the past year using its digital map and planning tool, OS Maps

‘Then when you’re out in the wild you can switch on an AR function to help you identify points of interest and landmarks on your horizon.

‘To get outside as much as you can, whether that’s a short walk or bike ride around your local park, or something a little bit more adventurous, is one the best ways to enjoy physical and mental health.

‘It’s free exercise that stimulates the senses and heals, and we are on a mission to encourage more people to get outside more often by making outdoor activity more enjoyable, accessible and safe for people of all ages and abilities.’

THE MOST POPULAR WALKS IN BRITAIN REVEALED

Source: Ordnance Survey. The table was produced by analysing 1km grid squares and collating the number of routes going through that square.