Britain’s super rich may be focusing on avoiding the taxman today, but 100 years ago some of the nation’s wealthy had the opposite intention, it has been revealed.

The national debt after the First World War was seen as a shared burden and donations to the Treasury flooded in.

Some donated a few pounds to honour the fallen, but others gave away fortunes. And those handing over the biggest cheques had little in common – except that most of them were Scottish.

Attorney general, Jeremy Wright has now asked the High Court to allow access to the fund which was started by an anonymous donor, to bring down the deficit. 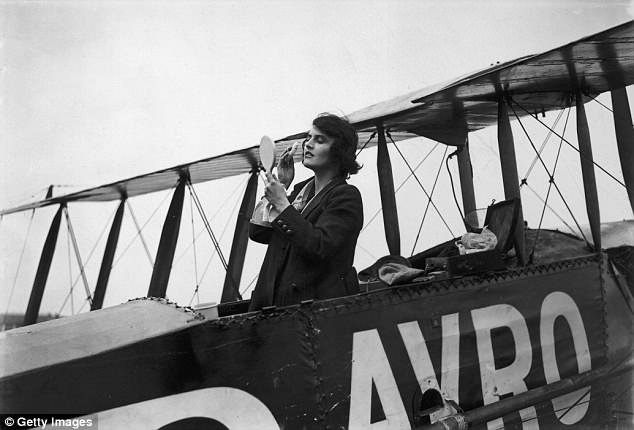 Silent film actress and aviatrix Poppy Wyndham in the cockpit of her Avro biplane. she was the daughter of P&O shipping chairman James Lyle Mackay, the Earl of Inchcape

However the great-great-grandson of the largest donor to the fund – Sir Alexander Park Lyle, 1st baronet of Glendelvine in Perthshire – has questioned the plan.

Alexander Linklater’s great-great grandfather and his charitable friends had set out to keep the nation free of debt.

Mr Linklater believes if the former shipping tycoon’s money is merely swallowed up, it does not honour his wishes when he donated in 1929.

He told The Times he has reservations over the idea of ‘throwing it into a bottomless pit’.

‘It would be wrong to dissolve it just because it was convenient,’ Mr Linklater said to The Times.

‘They were giving money, whether £10,000 or £2, because they had been brought to the existential brink. I would think that the properly interpreted wishes of the original donor should be honoured. If that half-billion is swallowed up in the deficit in a few months, then what’s the point?’ 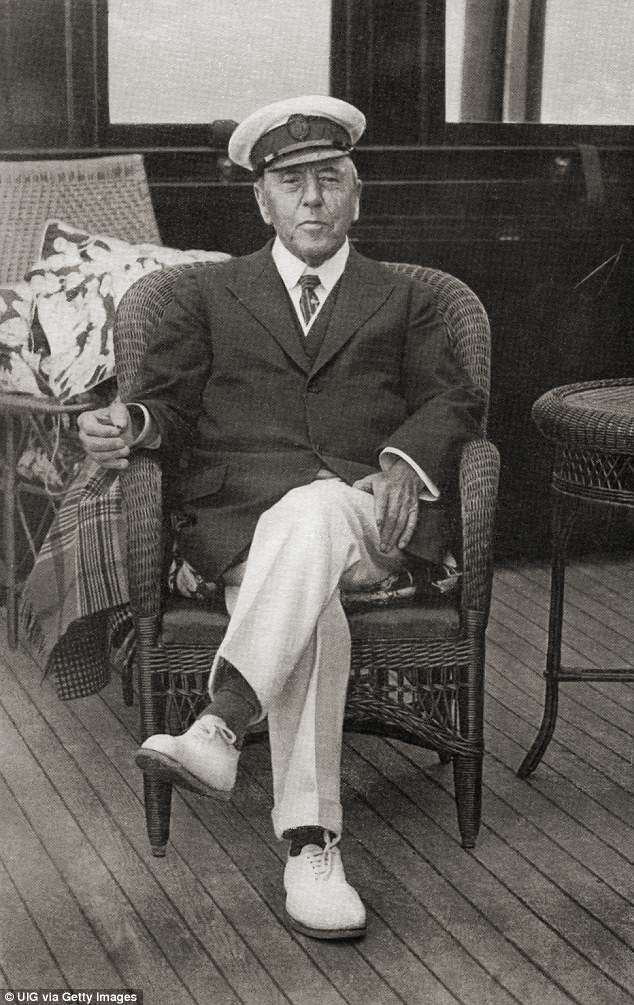 Lord Inchcape, the chairman of P&O created a The Elsie McKay Fund in 1928 after his daughter went missing. Pictured in 1932 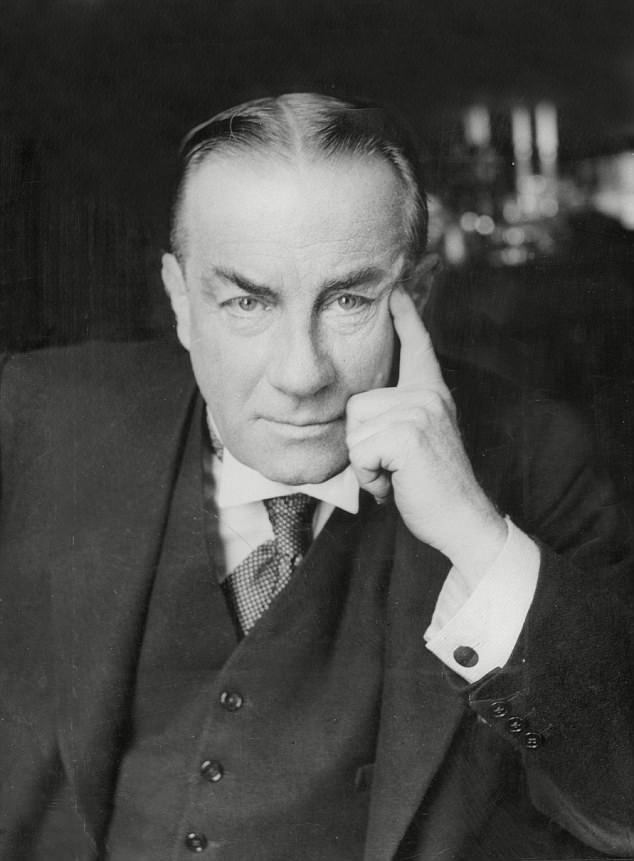 British Conservative politician Mr Baldwin believed the richest had a duty to their country to help out. Now, many divert funds to avoid huge tax bills at home

Sir Lyle was brought up a Presbyterian and did not approve of debt, his relative said.

Conservative leader Stanley Baldwin, a businessman turned politician encouraged his peers to work with him to help the nation reduce its debt in his role as secretary to the Treasury.

Mr Baldwin became rich through his father’s company which he helped run, Baldwins Ltd, one of Britain’s largest iron and steel firms.

By the time of his death he had donated an entire fifth of his family wealth to funds for Britain.

The Government has previously cracked open donated pots meant for balancing the books.

Lord Inchcape, the chairman of P&O created a similar fund in 1928 named the Elsie Mackay Fund after his daughter.

Ms Mackay, also known as Poppy Wyndham, disappeared aged 35, as she tried to fly across the Atlantic with Captain Walter Hinchliffe in 1928.

The pair, a distinguished pilot and a society lady, set off from Cranwell in their monoplane Endeavour hoping to become the first to fly the Atlantic from east to west non-stop but were never seen again. 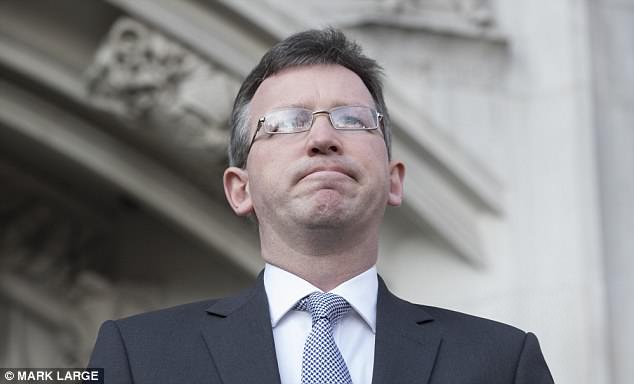 Other contributors included former journalist and MP Lord Dalziel in 1936 who left £400,000 from his will.

In a letter to the Times in 1919, Mr Baldwin wrote: ‘It is so easy to live on borrowed money; so difficult to realise you are doing so … How can a nation be made to understand the gravity of the financial situation; that love of country is better than love of money? This can only be done by example and the wealthy classes have today an opportunity of service which can never recur.’

In a statement, Attorney General Mr Wright said it is time to use the money donated almost a century ago.

He said: ‘Almost 90 years ago, an anonymous donor bequeathed money to the nation.

‘Yet we have not been able to put it to good use.

‘We have been working with the Treasury, trustees, and the Charity Commission to find a solution consistent with the donor’s original objectives of extinguishing the national debt.