Britain’s top private schools are ‘awash with Class A drugs’, according to new study

Drug use is rife among teenagers at some of Britain’s top private schools and many are starting at age 12, according to Tatler.

An investigation by the society magazine found taking Class A drugs is ‘normal’ among pupils at some fee-paying schools, including elite boarding schools.

A series of interviews with dozens of youngsters reveals many are recruited to drugs via their peer group at school, with older ones acting as dealers.

The most popular drugs are MDMA, ketamine, cocaine, magic mushrooms, cannabis and LSD, they said, but many are also on Xanax and so-called study drugs Ritalin and Adderall.

Drugs probe: Class A drugs is ‘normal’ among pupils at some fee-paying schools

Part of the problem is that a large proportion of such pupils come from extremely well-off families, meaning they have the money to splash on drugs.

The teenagers, whose identities were protected by the magazine, said psychotic episodes and addictions among peers had led desperate families to pay up to £70,000 for rehab.

But they added that these potential dire consequences were no deterrent, because they thought ‘it would not happen to them’.

One 17-year-old boy at a ‘well-known liberal boarding school’ told Tatler: ‘In the last year, I haven’t been on a night out or even to a friend’s house where there hasn’t been a person taking drugs.

He said he started taking MDMA when he was 14, and moved on to ketamine soon after.

‘It’s very hard to resist if everyone’s taken the same drug and you haven’t,’ he said.

‘You can’t have the same night if you haven’t taken it.’

Meanwhile, Emily, a 17-year-old girl at a co-ed boarding school, said up to 90 per cent of her friends were take drugs.

Chloe, a 19-year-old ex-pupil of a prestigious London all-girls day school, said one friend used to take MDMA before his least favourite lesson ‘so it would be more fun.’ 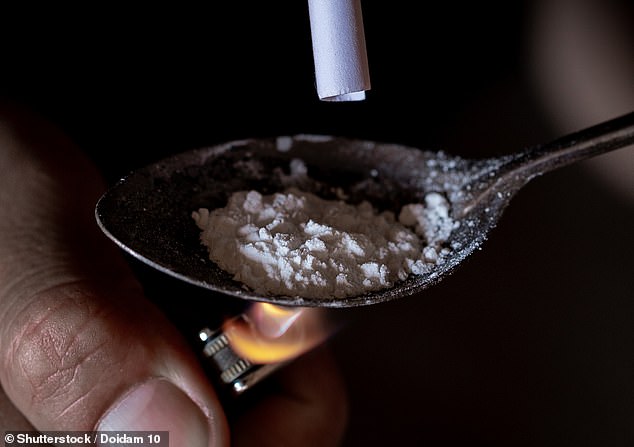 Another 17-year-old girl said she knows people who take cocaine every single day, even at school.

One teenager added: ‘It’s just so normal for us to be doing drugs. We all do them.’

‘While teenage drug use is nothing new, what is striking – indeed radically different to times past – is just how run-of-the-mill, how ordinary, it is for this group of adolescents.

‘Now, every exeat is one big MDMA-, ketamine- or coke-fuelled adventure, depending on your vice of choice.’

The magazine said there was a ‘burgeoning number’ of children now being sent to rehab clinics or boot camps to tackle the problem.

Such rich families do not rely on the NHS – and will pay up to £70,000 for the best programmes all over the world – particularly in Holland and the USA.

And many of the teenagers said drugs were now much easier to get hold of, whether on the dark web or social media.

‘There’s no faffing around with fake IDs and, if you’re using the dark web, you never even have to meet a dealer if you don’t want to,’ Tatler said.

‘And, while money seems not to be much of an issue to these privately educated teenagers, social media can help those strapped for cash too.

‘Some, hungry for drugs, sell their clothes over Facebook or on the shopping app Depop.’

The full investigation is in the September issue of Tatler, available on digital download and newsstands today