Britain’s top prosecutor admits innocent people may be in prison

Britain’s new top prosecutor has admitted innocent people may be in prison because of failures to disclose vital evidence.

Max Hill QC, the Director of Public Prosecutions (DPP), said it was ‘impossible to know’ if anyone had been wrongly convicted and locked up after blunders.

He said prosecutors and police had made errors in some ‘serious and sensitive cases’ which had led to the collapse of a string of rape trials.

In several cases, crucial texts, emails and photographs indicating a suspect was not guilty had not been handed to defence lawyers.

In his first keynote speech as DPP last night (TUES), Mr Hill – the former independent reviewer of terrorism legislation – said that issues of disclosure was the ‘biggest challenge’.

Earlier this year, his predecessor Alison Saunders came under fire for insisting no one innocent was in prison after being mistakenly convicted because of failures in disclosure.

A review this year into disclosure failings by police and the Crown Prosecution System (CPS) found that in 47 rape and sexual assault cases, information which should have been given to defences was not passed on. As a result, 14 people were released.

Mr Hill, who became CPS head on November 1, said he was ready to re-examine earlier cases in which potential problems emerged.

But when asked on Radio 4’s Today programme, in his first interview since taking up his new post, whether any innocent people were in jail because vital evidence had been withheld, he said he did not know.

He said: ‘How can I answer that question? It is impossible for me to know. In any case where an issue is raised either pre-trial, during trial or post-trial we are committed to looking into that to find out if there is anything that is hidden. I don’t shirk from it. There have been failings in serious and sensitive cases.’

He also said prosecutors should not search through the mobile phones of people reporting sex offences.

‘We are very clear that seeking to examine the mobile telephones of complainants and witnesses is not something that should be pursued as a matter of course in every case,’ he said.

‘It is of vital importance that the personal information of those who report sexual offences is treated in a way that is consistent with both their right to privacy and with the interests of justice.’

Mr Hill’s predecessor Alison Saunders stood down as Director of Public Prosecutions after the Government declined to extend her contract following a string of controversies, including the scandal over evidence disclosure.

Nearly 1,000 people had charges dropped last year because police and prosecutors failed to hand over evidence to defence lawyers. 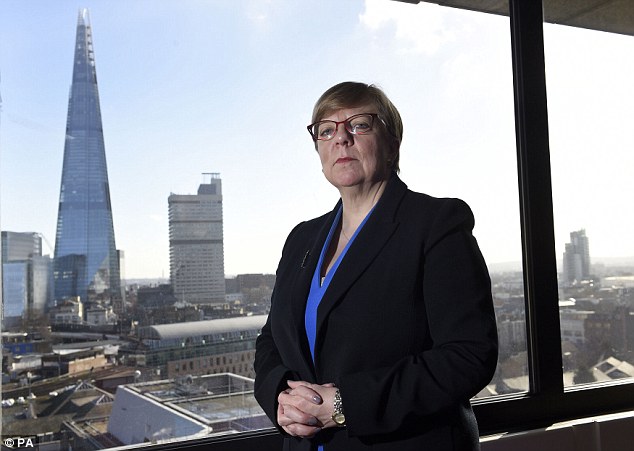 Last December the trial of criminology student Liam Allan, 22, who was charged with six counts of rape, was halted by a judge after it emerged his accuser had sent hundreds of messages to friends which would have cleared him immediately.

Father-of-two Isaac Itiary, 25, who was charged with 11 crimes including the rape of an underage girl, also walked free after mobile phone messages supporting his claim that the girl posed as a 19-year-old were finally disclosed while he was in the dock.

Last night Mr Hill said prosecutors and police were under pressure when dealing with cases because the ‘quantity and nature of digital material has exploded over recent years.’

In 1997, when disclosure rules were introduced, only 16 per cent of households in the UK owned a mobile phone and social media such as Facebook and Twitter had not been launched. By 2017 there were 92 million mobile subscriptions in the UK.

Giving his address to the Criminal Bar Association, he said: ‘Astonishingly, the technology in most of our pockets is more advanced than that which powered the first NASA missions – and having seen the film First Man [about Neil Armstrong] recently that fact really struck home.’

He added: ‘The challenges of examining enormous volumes of digital material are no longer confined to allegations of substantial fraud or terrorism.

‘In more routine cases, officers and prosecutors are faced with reviewing large amounts of digital material in multiple formats, identifying the evidence, considering whether material falls to be disclosed and presenting the material at trial.

‘This requires more work on every case and different skills.’

Mr Hill said the mobile phones of complainants and witnesses should not be examined ‘as a matter of course’.

He said: ‘It is crucial that only reasonable lines of inquiry are pursued, to avoid unnecessary intrusion into a complainants’ personal life.’

Some police forces have been criticised for routinely asking rape victims to hand over smartphones, tablets and laptops for possible examination – raising concerns this is to check if a complaint can be undermined.