A man dubbed the ‘ultimate nightmare neighbour’, who battered a mother with a stair banister in a 20-year campaign of terror, has been jailed for the fourth time – prompting locals to throw a street party to celebrate.

Stephen Lawson, from Tow Law, County Durham, also smeared someone’s windows with black paint so they couldn’t see out, made fake 999 calls about other people on his road and even played audio of barking dogs to annoy them.

The 59-year-old, who locals say was out of work for years and stuck bizarre notices on his windows slamming ‘liars and hypocrites’, has now been jailed for 18 months after breaching a criminal behaviour order. 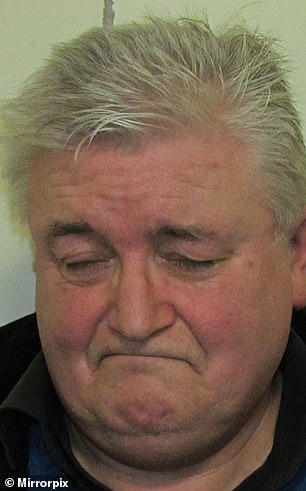 Stephen Lawson, from Tow Law, County Durham, was seen on CCTV in 2014 throwing rubbish in his landlord’s shed before throwing rubbish into it (left). He is pictured on the right in a mug shot after being jailed last month for breaking a criminal behaviour order

Tim Edwards, 46, lived next door to Lawson for two years and told The Sunday Mirror: ‘He could start a row in an empty room. I don’t normally have much sympathy for prisoners but I feel sorry for anyone who gets stuck with him for months on end.’

Maria Bishop, another local, said: ‘We’ve had a street party.

Lawson first fell foul of the law in 1996 when he was convicted of criminal damage while living in Shildon.

Police recorded him harassing an 87-year-old widow whose health problems left her unable to leave her house, while others said he had been slashing their car tyres.

In 1998, then living in Darlington, he assaulted 32-year-old Tania Cleave and was sent to prison. Ms Cleave, now a barmaid, called him ‘Britain’s worst neighbour’.

He was only out for a month in 1999 when he was convicted again, this time for threatening a female neighbour.

Teeside Crown Court banned him from Darlington so he moved to Tow Law 20 miles away, where he was seen on CCTV throwing rubbish into his landlord’s shed before flicking two fingers to the camera. 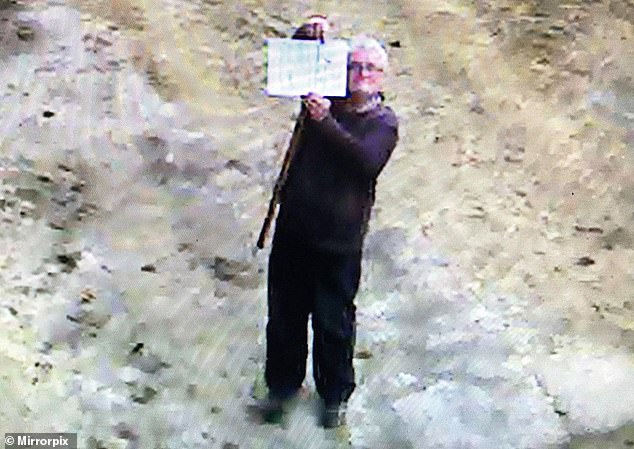 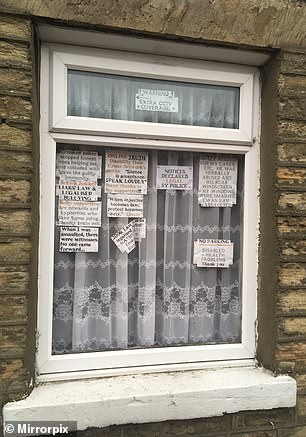 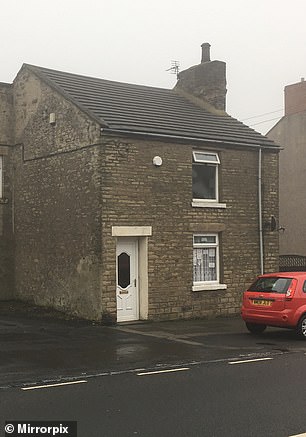 Lawson, from Tow Law in County Durham, left bizarre notes on the front window of his house (pictured this week)

He moved elsewhere in the village, where he began harassing 62-year-old Stephen Mason – including falsely reporting him to the fire brigade for pouring dangerous chemicals on the street.

Magistrates handed him a criminal behaviour order after he sneaked next to Mr Mason’s home at night and shovelled mud and rubbish over his fence.

But he continued a campaign of harassment against Mr Mason and was given a suspended sentence for breaching the order last year.

In September, he received an 18-month sentence for breaching it a second time, after posting papers through his victim’s door with ‘bullies’ scrawled on them. 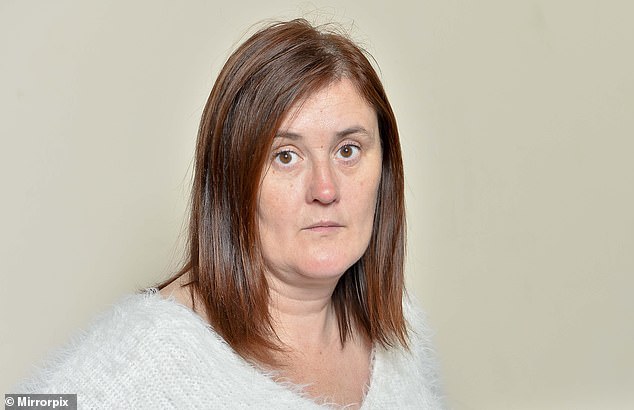 In 1998, then living in Darlington, he assaulted 32-year-old Tania Cleave (pictured this week) and was sent to prison