A British academic accused of spying has said he feels no resentment towards the Emirati friend who reported him to the United Arab Emirates (UAE).

Matt Hedges expressed a profound disappointment at the second home that he felt ‘betrayed’ him.

Mr Hedges said that the person who had reported him to the state was someone he had met through work and described them as friends.

‘It would be easy to feel anger towards him but I have no clue under what circumstance he has got in touch with the state security. I can’t blame him. He might not have had another option. It’s impossible to hold any form of resentment because he himself is a victim of the system.

‘We were friends, yes. He was in court and gave evidence against me. He was someone I met through work.’

Mr Hedges then said he was ‘really disappointed with the UAE and says he still has no idea why he had been targeted.

He now claims he was being watched, followed and his phone bugged from the moment he arrived in the Arab state.

‘I put it down to paranoia. I never thought it would get to the extent that it did.

‘Looking back it got out of hand at a certain time and their own domestic politics made the situation worse. They took a series of facts and so-called ‘evidence’ and made it into a Picasso-like picture which makes little sense unless you look at it from a certain angle. It was completely incoherent,’ he says. 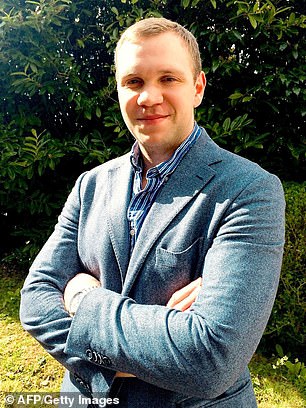 The Durham University PhD candidate had travelled to the UAE to research his thesis and was sentenced at an Abu Dhabi court in November after he was accused of being a spy.

The hearing itself lasted no longer than five minutes. But in a remarkable turn of events and despite the fact that Mr Hedged had no lawyer present, he was officially pardoned after receiving a life sentence.

Daniela Tejada, Mr Hedge’s wife was present in the courtroom on the day of his conviction and never stopped campaigning for his release.

The couple have been back together in England for the last month and have struggled to move past the trauma of the last year.

Speaking to The Guardian Mr Hedges said: ‘It has been manic. ‘It’s taken a period of adjustment, to try and know where I am and what’s going on. I like to try and keep myself busy.’

Following the trauma of the events that unfolded Mr Hedges now takes Valium, a medication he may need to take for the rest of his life.

Despite his experiences, Mr Hedges still plans to finish his PhD on the Arab Spring and has just one chapter left to pen.

In the shorter term he wants to keep a low profile and do ‘nothing too edgy’, and focus on casual activities such as visiting family and going to the cinema.

Mr Hedges spent almost six months in solitary confinement in a window-less state security office, being regularly threatened with torture and interrogated for up to 15 hours a day.

Mr Hedges said while he was at the prison he could hear other inmates being tortured and said he was threatened with rendition to an overseas military base, where he was told he would be ‘hung up and beaten’.

Mr Hedges’ plight began on 5 May when he was detained while trying to leave the UAE after a two-week research visit to interview sources on its security structure after the Arab Spring. 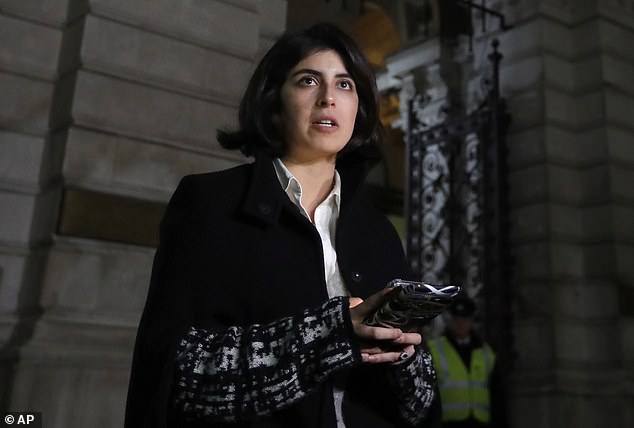 Daniela Tejada (pictured above) campaigned tirelessly to help her husband

He says he was forced to confess ‘under duress’ to allegations of spying for the UK, before being sentenced to life.

However Hedges, who bears the bruises of the ankle cuffs he was forced to wear, still can’t quite believe he is free.

He said: ‘All of a sudden they told me to put on some clothes. They told me I was being released – nothing made sense. It was not until I got on the plane that I began to relax but even now I still feel anxious. I walk around with Valium in my pocket just in case I get too anxious.’ 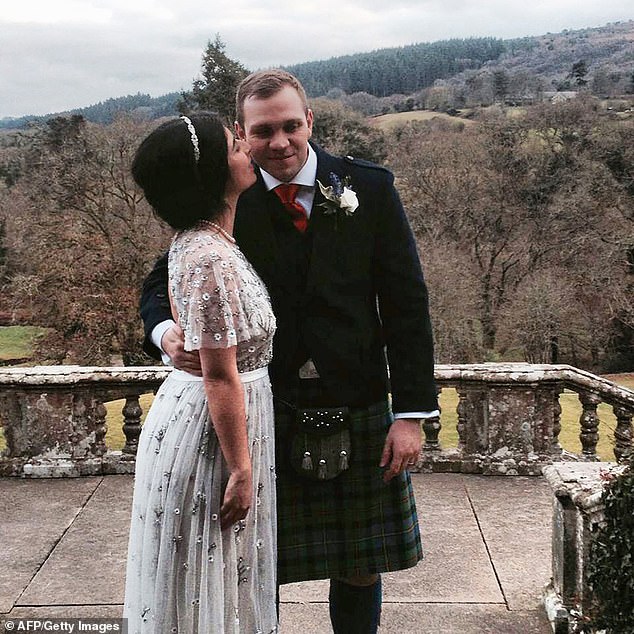 Since the ordeal Mr Hedges has maintained his innocence and the head of MI6, Alex Younger has since said that he was ‘perplexed’ as to why Hedges had been accused of espionage on behalf of the agency.

From the age of 15 the UAE had been Mr Hedges’ second home. He had attended boarding school in Surrey but had family members in the UAE that he would fly out to visit during school holidays.

He added: ‘I never felt at risk there. ‘As a child I would go there every holiday, it was my home – somewhere I had fun and had friends. My family lived there for over 15 years and I’d also worked out there more than once, for years at a time.’

Following his ordeal he is now determined to help other academics who have been detained.

‘I am still a convicted spy – which is as ridiculous as it sounds. This will affect my academic integrity … It’s not right.’