British Airways cancels all flights to and from China ‘until MARCH’ over Coronavirus fears, throwing travel plans into chaos for thousands

By Tom Payne and Max Aitchison For The Daily Mail

The travel plans of tens of thousands of passengers have been thrown into chaos after British Airways cancelled all flights to and from mainland China.

The airline said it made the unprecedented decision in the wake of Foreign Office guidance warning against all but essential travel to the mainland in the wake of the coronavirus outbreak.

‘The safety of our customers and crew is always our priority,’ BA said in a statement.

All flights to Beijing and Shanghai have been cancelled today and tomorrow. Flights after this are being reviewed.

Bookings have been suspended until March, but BA says this is a ‘precaution’ and flights could resume well before then.

BA carries up to 4,700 passengers a week to China, meaning tens of thousands will be affected if the suspension continues into next month

BA carries up to 4,700 passengers a week to China, meaning tens of thousands will be affected if the suspension continues into next month.

The routes are particularly busy at this time of year because of the Chinese New Year.

Hundreds of BA passengers stranded in China are being frantically rebooked on to flights operated by other airlines including Virgin Atlantic and Qatar Airways.

Others were told that if they could reach Hong Kong ‘safely’, BA would fly them home to London.

Tennis coach Ollie Hong, 22, said his father Jing Ming Hong, 59, was desperately trying to get home from Beijing, where he had been to celebrate the Chinese New Year.

Mr Hong said: ‘He tells me that Beijing is quite a scary place. All the restaurants, cinemas and shops are closed and everyone is inside. He is very worried.’

Customers due to travel today and tomorrow are being offered full refunds. Anyone with a flight to China between tomorrow and February 23 can also request a refund, or they can change their flight to a date later in the year.

Bookings for flights from China to the UK up until February 23 can be refunded or rearranged to later in the year.

Virgin is still operating a daily connection from Heathrow airport to Shanghai, but customers have been told they can apply for refunds if they no longer wish to travel. 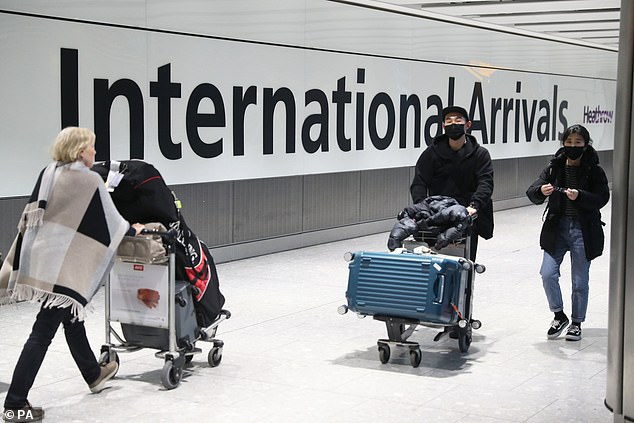