British Airways’ first class cabin is to get even swankier

British Airways’ first class cabin is to get even swankier with an afternoon tea service, pyjamas designed by Temperley London and new luxurious bedding

British Airways is set to revamp its first class service by offering passengers a range of swanky new products.

The upgrades will take to the skies from March 31 and customers will be able to indulge in an afternoon tea service, wear designer pyjamas and sleep on new luxurious blankets.

The airline says the new products and services are part of an overall £6.5billion investment in customers.

From March 31, British Airways is revamping the service in its First Class cabin. Pictured is the new afternoon tea offering 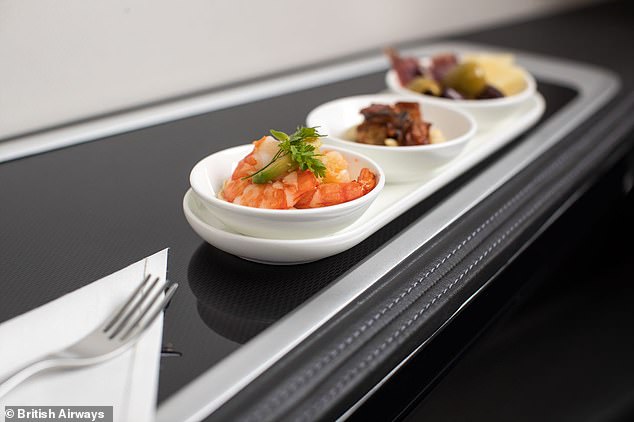 There will also be a range of new a la carte menus, which will be served on bone china crockery, designed exclusively for the airline by high-end British tableware designer William Edwards 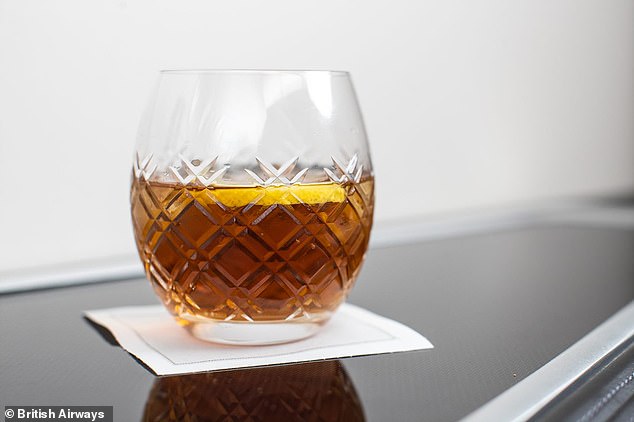 One of the first changes first class passengers will see is the new loungewear that will be offered has been designed exclusively by luxury brand Temperley London founded by Alice Temperley.

The loungewear will come with amenity bags also designed by Temperley London and filled with products from skincare brand Elemis.

When it comes to food, the airline’s chefs have designed new a la carte menus focusing on seasonal British ingredients.

The new menus will be served on bone china crockery, designed exclusively for the airline by high-end British tableware designer William Edwards. The new tableware will be accompanied by contemporary cutlery from Studio William.

The airline will also be introducing a new signature afternoon tea service, showcasing the great British tradition of high tea. The menu will include a selection of sandwiches, delicate pastries and scones, as well as a wide range of tea infusions. 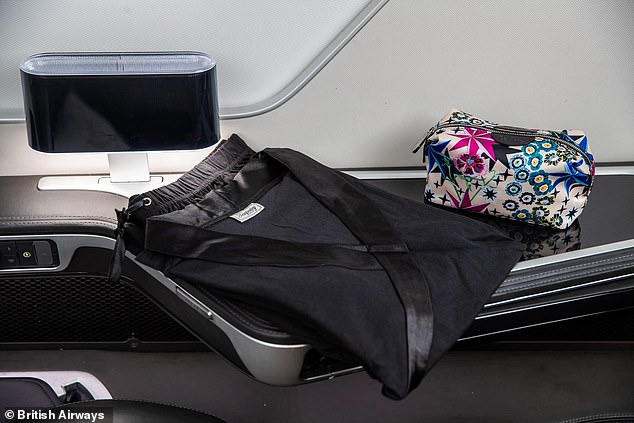 The new loungewear that will be offered has been designed exclusively by luxury brand Temperley London founded by Alice Temperley. It comes with an amenity bag filled with Elemis products 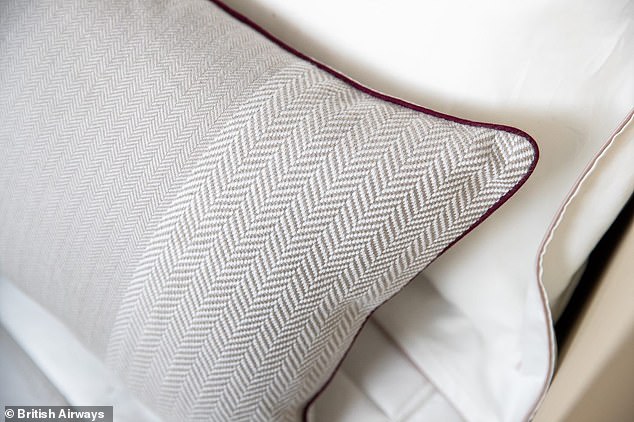 For passengers wanting to sleep, there will be new luxurious 400 thread count bedding, accompanied by a foam fibre mattress topper

As part of the changes, British Airways is also investing in new Dartington glassware.

Travellers will now be able to enjoy the airline’s fine wines and champagnes from sophisticated stemware, while soft drinks and spirits will be served from elegant cut-glass tumblers.

Meanwhile BA says there will be an improved turn-down service for sleeping, thanks to new luxurious 400 thread count bedding, accompanied by a foam fibre mattress topper.

And those wishing to relax and enjoy the 1,000 hours of programmes available on the in-flight entertainment channels, can do so through high performance headphones crafted by Meridian, the British pioneers of High Resolution audio. 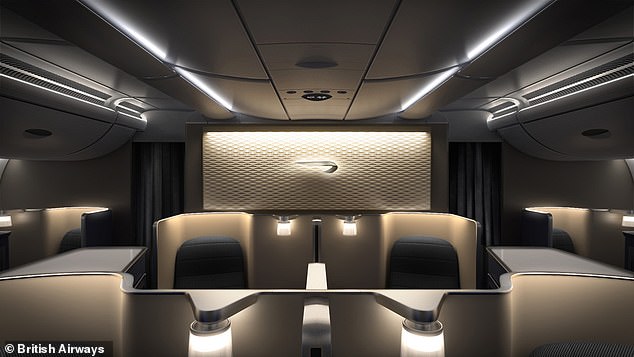 British Airways says it has worked with a team of designers and experts to revamp its first class cabin, pictured

Re-designed and unveiled in 2017, the First Wing provides customers with a private check-in area leading through to dedicated security lanes, which grant customers direct access to British Airways’ First Lounge.

Carolina Martinoli, British Airways’ director of brand and customer experience, said: ‘As part of our £6.5billion investment for customers, we’re changing parts of the travel experience in our first cabin.

‘Our teams of designers, chefs and customer service experts have carefully thought through the details we know matter most to our customers.

‘In this, our centenary year, we’ve sought out some of the best British designers and manufacturers to work with to ensure travelling in first with British Airways is an unforgettable experience.’