A strike planned by British Airways pilots on September 27 in a dispute over pay has been called off.

The British Airline Pilots Association (Balpa) called off industrial action this afternoon, saying strikes on September 9 and 10 had shown their anger and resolve.

In a statement the union said reflection is needed before the dispute escalates and irreparable damage is done to British Airways.

The airline said that it had been informed of the decision and was now ‘considering the implications’.

The British Airline Pilots Association (Balpa) called off industrial action this afternoon, saying strikes on September 9 and 10 had shown their anger and resolve (file photo) 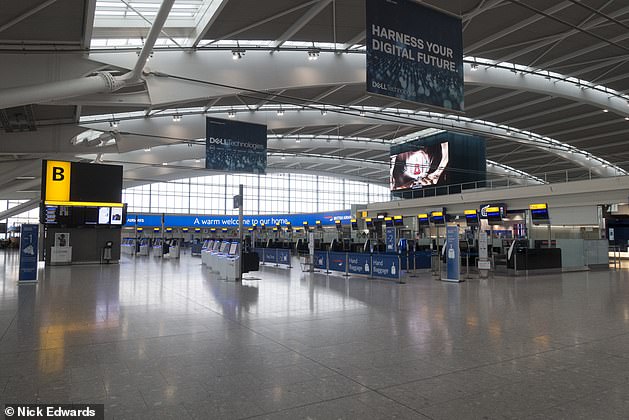 British Airways had to cancel nearly 100 per cent of its flights at London Heathrow due to a 48-hour strike action, leaving terminals (like Heathrow Terminal 5, pictured) deserted

General Secretary Brian Strutton said he hopes the airline will now negotiate seriously, with a view to ending the dispute.

‘Someone has to take the initiative to sort out this dispute and with no sign of that from BA the pilots have decided to take the responsible course,’ he said.

‘In a genuine attempt at establishing a time out for common sense to prevail, we have lifted the threat of the strike on the 27th September.

‘BA passengers rightly expect BA and its pilots to resolve their issues without disruption and now is the time for cool heads and pragmatism to be brought to bear.

How BA passengers could face more chaos over Christmas

British Airways passengers could face more pilot strikes over Christmas as part of a long-term campaign of chaos over pay.

The Balpa union said that BA’s failure to meet its demands during the long-running dispute could lead to a ‘damaging escalation’.

Balpa said its members – including captains paid an average of £167,000 – are prepared to take part in further strikes until its mandate for action ends in January.

With another strike already scheduled for September 27, Balpa said yesterday: ‘Our ballot allows us to take action at any time.’

Higher-earning pilots have reportedly discussed sustaining months of industrial action by crowd-funding among themselves to help less senior members.

Strikes during the hectic Christmas holiday period would be hugely problematic for the airline.

‘I hope BA and its owner IAG show as much responsibility as the pilots.’

In a statement this afternoon, BA told MailOnline: ‘We have just received this news. We are considering the implications and we will give updates in due course.’

The union added that it retains the right to announce more strikes if BA refuses meaningful new negotiations.

Just six days ago the airline began cancelling hundreds of flights ahead of the scheduled strike.

It comes just days after nearly 195,000 passengers had their travel plans plunged into chaos.

Tens of thousands of passengers were expected to be affected by the disruption in a row over pay and conditions.

BA has offered a pay rise of 11.5 per cent to pilots over three years, which it says would boost the pay of some captains to £200,000, but Balpa says its members want a bigger share of the company’s profits.

The airline began contacting affected passengers on Thursday afternoon, 15 days ahead of the strike.

Under EU law, passengers are only entitled to compensation if they receive less than 14 days’ notice of a cancellation. 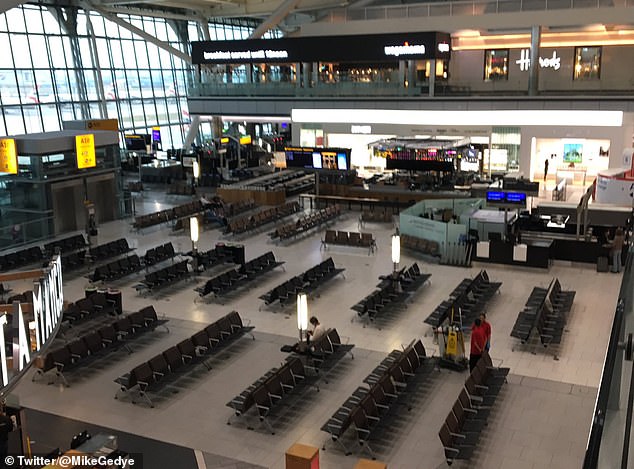