British amateur standout Sandy Ryan will make her professional bow this summer after her Olympic dreams were shattered by the coronavirus pandemic.

Ryan, a 2018 Commonwealth champion and world silver medallist, has signed a management deal with STN Sports ahead of her paid debut later this year.

The 27-year-old has been part of Team GB since 2014 and had been eyeing glory in Tokyo last summer.

But, after the games were postponed, her Olympic ambitions were ended when the second round of qualifiers was cancelled due to the pandemic.

‘I remember the night when I saw the (news) – I was reading it to my brother and I just couldn’t finish it,’ Ryan told Sportsmail.

‘It’s hard to explain how heartbreaking it is because this is what I’ve been training for the last nine years… to reach the pinnacle of the Olympics before turning pro. 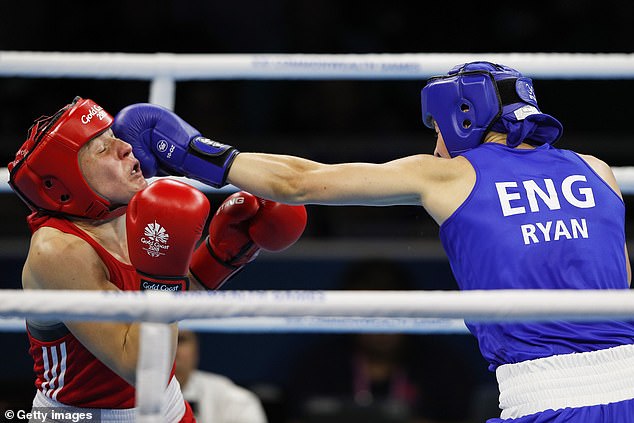 ‘For it to be taken away because of Covid – out of my hands, the coaches’ hands – it’s so heartbreaking. I lost a few nights’ sleep – put it that way.’

Having briefly drowned sorrows with ‘anything edible in the kitchen’, the Derby fighter re-sharpened her focus and set new goals. She hopes to one day fight at the home of Derby County, Pride Park.

Her management STN – who also look after Callum Smith and former Olympian Kal Yafai – are currently in talks with promoters over Ryan’s first professional deal.

She is on the road to recovery following a shoulder operation and will be ready to make her debut this summer. 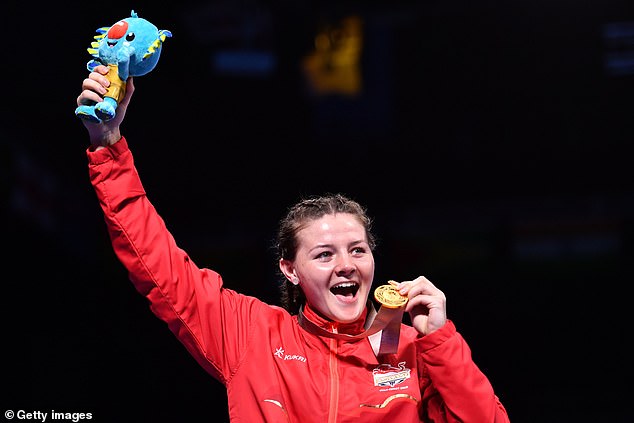 The Derby fighter is the latest prospect off the Team GB production line – the likes of Anthony Joshua, Savannah Marshall, Smith, Yafai and Luke Campbell have all been reared at their Sheffield base.

‘She has an exciting style as a box-puncher, she has huge support in Derby and she has the ability to be a multi-weight world champion.’

Ryan will initially float between super-lightweight and welterweight and wants to move quickly during this golden period for women’s boxing, which has seen the likes of Chantelle Cameron and Marshall become world champions. 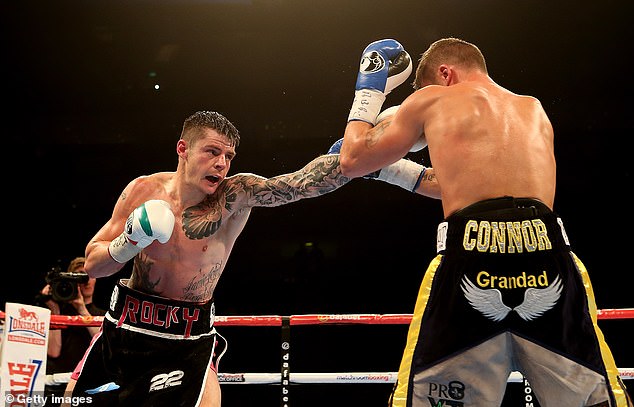 ‘My job is to get ready and stay ready so I’m ready for four or five fights a year – especially for the first and second year.’

Injuries meant she eventually had to choose between football and boxing (‘I’m glad I made the right (call)’) and her first taste of the pro ranks came when she sparred with older brother, Dave, who won the commonwealth super-lightweight title 2014.

‘I used to spar him all the time and he would hit me as hard as I was hitting him,’ Ryan said.

‘I remember (trainer) Clifton (Mitchell) once said to this guy – he was just hitting me lightly because I was a girl – “Listen, if you don’t hit hard, she’s going to hit you hard in a minute!” It frustrated me… so I put it on him and the next thing it turned into a right war… that’s what I like. I grew up having it tough so I’m ready for the pros.’ 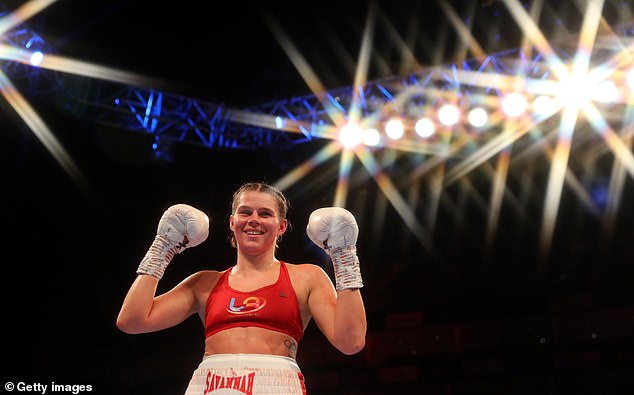 Ryan wants to move quickly during this golden period for women’s boxing, which has seen the likes of Savannah Marshall (pictured) and other Brits become world champions