This is the shocking moment a professional marathon runner collapses on the finish line of the London Marathon at the end of the brutally draining race.

British athlete Hayley Carruthers, 25, was left flailing in pain just a meter short of the end of the race as her legs dramatically gave out in the closing stages of Sunday’s marathon.

Despite the shocking end to her race, Carruthers still managed to achieve a personal best time. 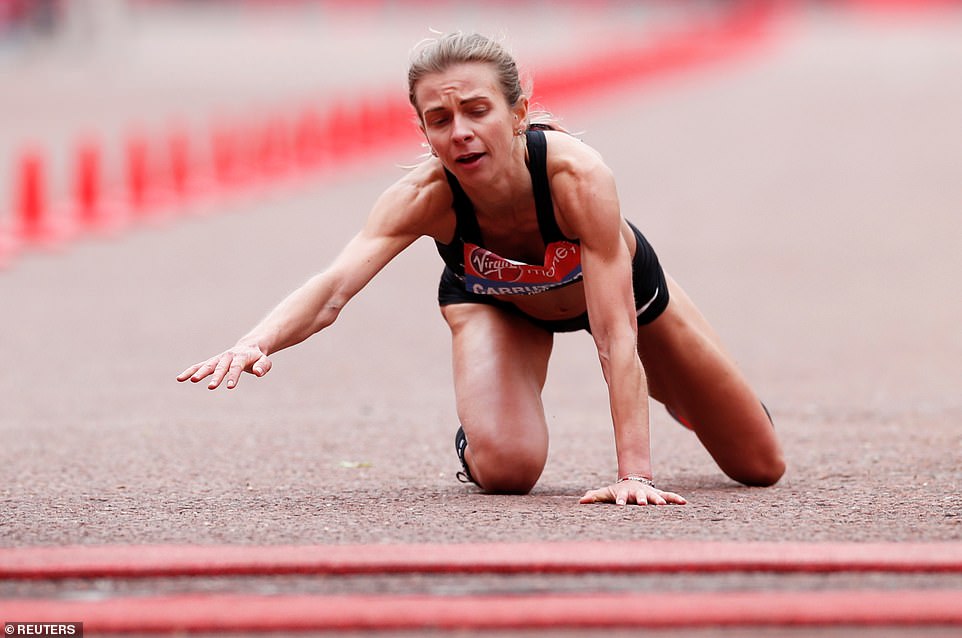 Pictures showed Carruthers being carried away on a stretcher to receive treatment.

Elsewhere in the race Sir Mo Farah ended a torrid week by failing to win his maiden victory in the men’s section.

Farah could not live with the extraordinary Eliud Kipchoge who romped to a record fourth victory.

Farah’s preparations were marred by Wednesday’s explosive row with former distance star Haile Gebrselassie over an alleged robbery in the hotel owned by the retired Ethiopian.

Gebrselassie, 46, responded to Farah’s claims with an astonishing statement alleging ‘multiple reports of disgraceful conduct’ by the four-time Olympic champion and his entourage.

Farah’s camp insisted the unwelcome headlines would not affect the 36-year-old, and there was certainly no disgrace in finishing fifth in a time of two hours, five minutes and 39 seconds. 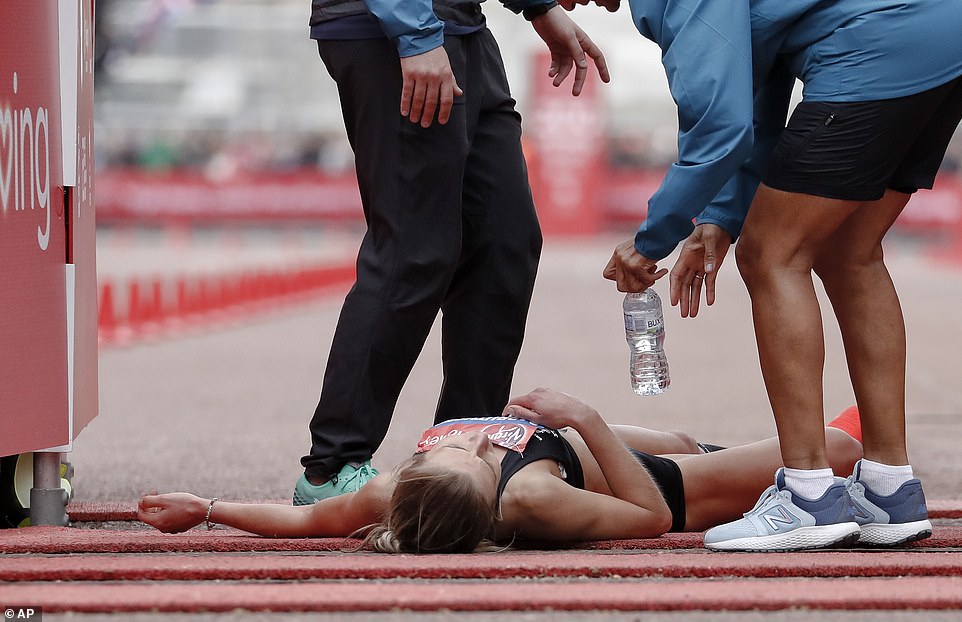 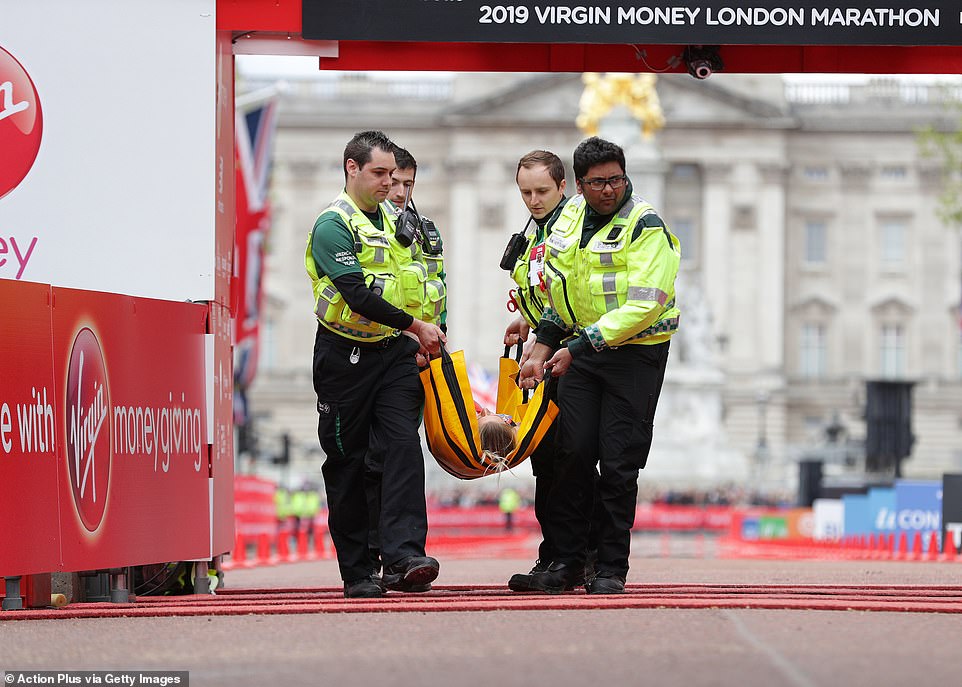