British author and his wife cheat death in helicopter crash

A British couple are lucky to be alive after they walked away from a helicopter crash in Georgia with just ‘cuts and bruises’.

The Diet Myth author Tim Spector, 59, and his wife Veronique Bataille, 57, a dermatologist, were rescued from the top of a mountain after their helicopter crashed and caught alight.

The pair, along with two other passengers, their guide and the pilot escaped the inferno with just minor injuries following the incident at around 10am local time today.

Prof Spector, who is in the top one per cent of cited scientists according to Thomspon-Reuters, told MailOnline: ‘It was terrifying and a but surreal but we are very lucky to be alive.’ 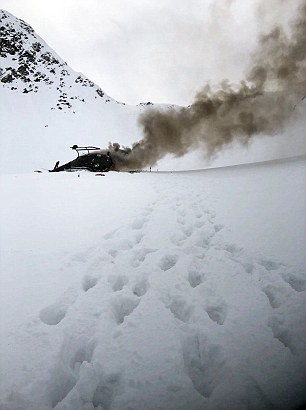 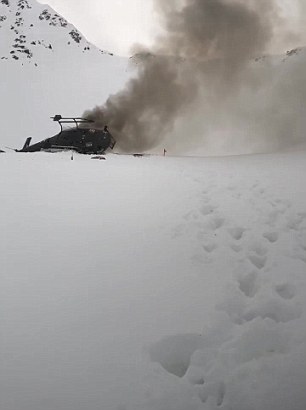 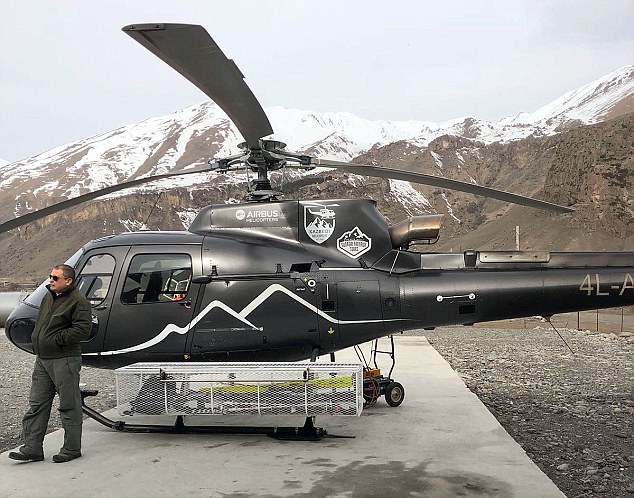 The couple were in Georgia researching a new book that Tim is working on, and organised a few days of skiing at the end of the trip.

‘I don’t have any injuries,’ said Prof Spector.  ‘Veronique bruised her knee,’ he added.

The couple were staying in the Marco Polo hotel in Gudauri, Georgia, just miles away from a resort where tourists were flung from a ski lift which malfunctioned last week.

It is thought the helicopter was operated by Kazbegi Helicopters and cost the couple around €300. 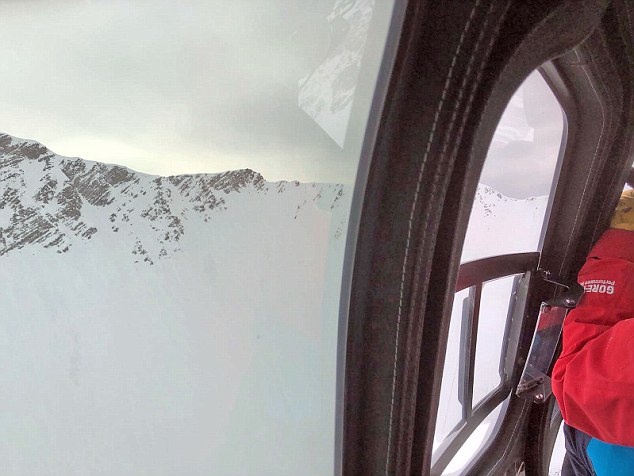 A picture taken from inside the helicopter, moments before it ‘tipped’ forward and crashed to the ground

Prof Spector said: ‘Our tour guide recommended we do a few runs of heliskiing, so it was our first trip up the mountain.

‘We were getting dropped off but on the way down the helicopter tipped over.

‘It took us a while to get everyone out but we got everyone out safely and ran for our lives as far away as possible for fear that it might explode.’

The group had to hike through the snow down the mountain for phone reception where they could call for help.

He said: ‘We had to walk for 45 minutes down very steep snow slope to get phone reception because the base didn’t know we had crashed.

‘Another helicopter picked us up and took us back to the base.’

Now, the Spectors are recovering from the traumatic incident as the company investigate the crash.

The author added: ‘It is a surreal thought – that we have survived a helicopter crash. This feels like a second chance at life.’

The crash comes just days after terrifying footage shows skiers being flung from a chair lift in the Georgian resort. 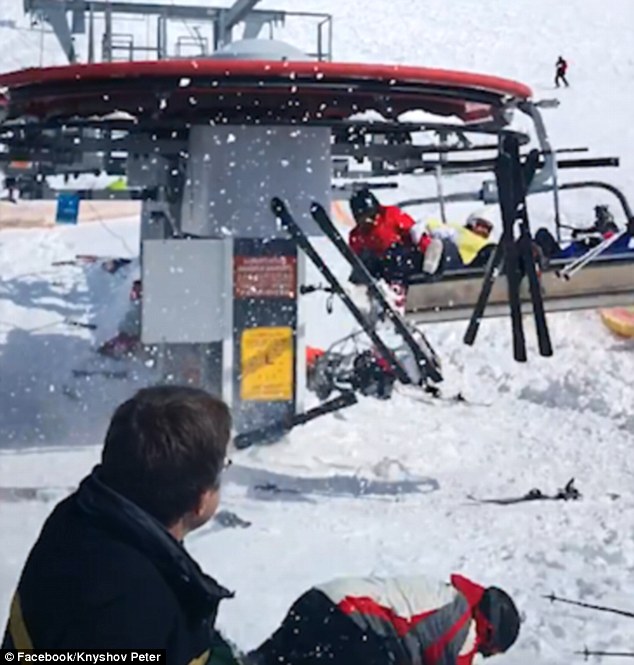 Eight people were injured in the incident, with the two most seriously hurt being taken to the capital Tbilisi  for treatment

At least ten people were injured in the accident at a ski resort in Gudauri, Georgia, located on the south-facing plateau of the Greater Caucasus Mountain Range.

A video of the accident posted online shows how the defect suddenly made the lift go into reverse.

The lift accelerated to twice the normal speed, throwing people off of their chairs in all directions as they reached the bottom of the slope.

Eyewitness Iryna Iadak, from Ukraine, was on the lift and told CNN: ‘The movement of the lift stopped and a minute later we drove back.

‘The speed increased, it was out of control. The lift could not be stopped.

‘People began to jump from different altitudes, panic began. Many did not manage to jump off and were thrown out from the impact.’ 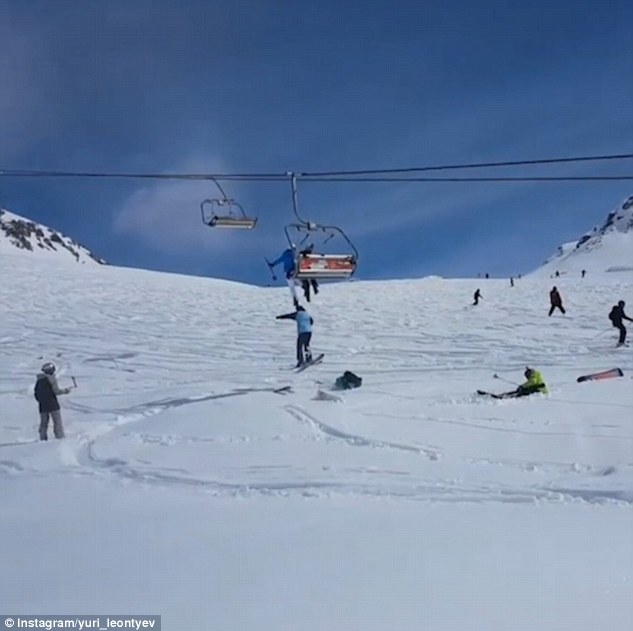 Terrifying: A video taken from a different angle shows skiers leaping off chairs as they hurtle backwards towards the bottom station

Authorities say they have launched a criminal investigation and anyone found responsible will be punished.

The exact reason for the accident has yet to be determined, although the finance ministry is reported to have contacted the ski-lift producer, the Austrian Doppelmayr Garaventa group, for them to offer an explanation.

It is speculated that a voltage fluctuation or brake issues may have been the cause.

Skiing in Georgia is becoming increasing popular, with a growing number of foreign tourists taking advantage of its relatively cheap prices.