British backpacker, 23, became first person to be killed by a sea snake in Australia

British backpacker, 23, became first person to be killed by a sea snake in Australia when he was bitten on the thumb while working on a fishing trawler, inquest hears

An inquest has opened into the death of a British backpacker who became the first person ever to have died after being bitten by a sea snake in Australia.

Harry Evans, 23, died on October 4 last year while he was working on a relative’s fishing trawler in the sea off the Northern Territory of Australia.

While he was lowering the fishing nets that had been hauled in onto the deck, he was bitten on the thumb by a sea snake.

Harry Evans, pictured here earlier on his trip, died while he was working on a relative’s fishing trawler 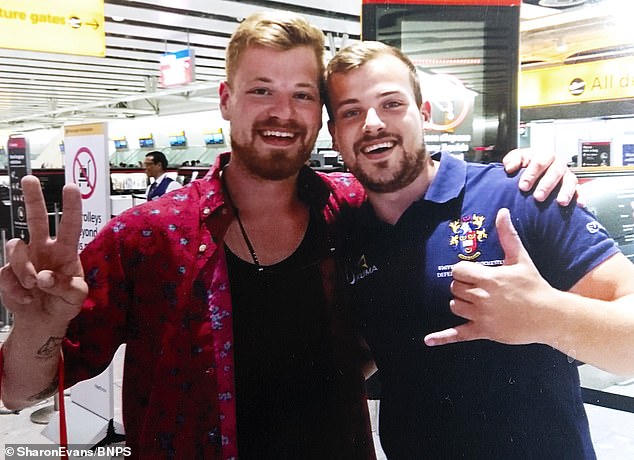 Mr Evans (on the left) with his twin brother George, died after he was bitten by a sea snake in a net on board the boat

Mr Evans quickly fell ill and lost consciousness and despite the crew’s frantic efforts to resuscitate him, he died on board.

It is believed to be the first recorded death from a sea snake in Australia.

His body was later repatriated to the UK and his funeral took place in November.

An inquest into his death was opened at Bournemouth Coroners Court today where it was heard Mr Evans was working on board the Ocean Exporter vessel.

A post mortem examination was carried out at the Royal Darwin Hospital in Australia and the cause of death was recorded as sea snake bite.

Coroner Brendan Allen adjourned the inquest until October 2 and requested reports from Mr Evans’ family, GP and from the Foreign and Commonwealth Office, who are liaising with the Australian authorities.

What is a sea snake? 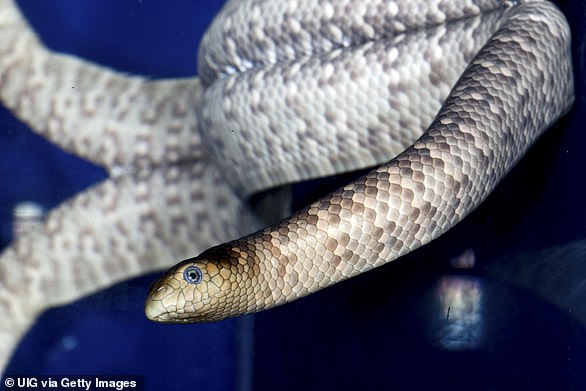 There are 70 known species of sea snake – 30 of which are found in Australia. Pictured, the Olive sea snake (Aipysurus laevis)

Some 30 of the 70 known species of sea snake are found in Australia.

Sea snakes are venomous but are considered to be non-aggressive and rarely attack unless provoked. The snake which bit Mr Evana is understood to have become agitated as it was dragged in the net.

They are restricted to coastal areas of the Indian and western Pacific oceans, except for the yellow-bellied sea snake which can be found in open ocean from Africa eastward across the Pacific to the west coast of the Americas.

Although their venom is the most potent of all snakes, human fatalities are rare because sea snakes are not aggressive, their venom output is small, and their fangs are very short.

According to the Marine Education Society of Australasia, most sea snake bites occur on trawlers, although only a small proportion are fatal to humans because it is rare for much venom to be injected.