British boy, 15, to buy his mum a house after he wins £1.8m playing Fortnite

Jaden Ashman (right) has won half of $2.25 million (£1.8m) after coming second with his teammate Dave Jong (left) in the Fortnite World Cup finals

Like millions of mothers, Lisa Dallman had often despaired of her son’s obsession with computer games.

Desperate to make 15-year-old Jaden do his homework instead of sitting in his bedroom staring at a screen, she at one point threw out his X-Box and even snapped his headset.

But now young Jaden Ashman has had the last laugh – by playing his way to almost £1million in the first Fortnite World Cup.

Fortnite – a free online game where contestants fight to be the last man standing on a digital island – has been played by some 250million people since its launch two years ago and has been dogged by controversy.

Essex teenager Jaden flew to New York last week to compete at the inaugural World Cup – said to be the biggest e-sports event of its kind. With his gaming partner, from the Netherlands, he came second in the early hours of Saturday. Their prize was $2.25million between them – or around £1.8million, giving them £900,000 each.

Jaden’s mother was on hand to see him scoop the prize. She admitted he had proved there was some point to spending so much time glued to a computer game. Miss Dallman, 38, said: ‘If I’m honest with you, I’ve been quite against him gaming. I’ve been more pushing him to his school work. I’ve actually thrown an X-Box out, snapped a headset – we’ve had a nightmare.’ 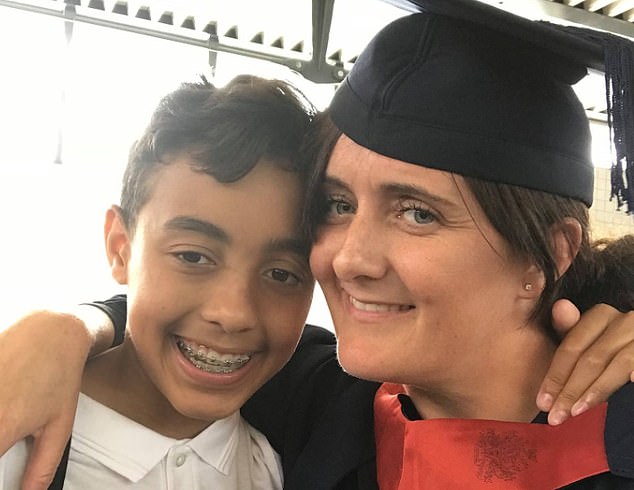 Asked about what her son would do with his prize money, Miss Dallman said: ‘I think Jaden’s not really a materialistic person. He will have a lifetime supply of Uber Eats, and I think that will do him. Just sitting there playing video games and eating takeaways, Jaden would be in his element.’

Last night, Jaden’s grandmother Angela Dallman, 59, said he was already making plans for his winnings. She added: ‘I think he’s going to buy a house for his mother. He’s going to buy me a Chinese – that’s what he says.’

Jaden Ashman, 15, from Essex,and his mother after winning second place in the championships

His younger sister Katie Hyams added: ‘When he gets home I’m giving him the biggest hug in the world.’

Jaden, brought up by his mother in Hornchurch, Essex, competed in the Fortnite World Cup at the Arthur Ashe tennis stadium under gaming name Wolfiez. Forty million players entered the qualifying rounds and were whittled down to around 100 finalists, from 30 countries.

The elite few battled in different competitions and Jaden came second in the pairs contest. He was delighted but admitted his mother had often felt he was wasting his life playing computer games.

He added: ‘Me and my mum, we clash quite a lot. She didn’t understand how it worked, so she thought that I was spending eight hours a day in my room just wasting my time. So, now that I’ve proved to her that I can do stuff, I’m really happy.’

The delighted schoolboy also said: ‘I’m lost for words. My Twitter has been blowing up and I’ve had a load of messages from friends

‘I’m definitely going to buy a house but I haven’t got a clue where. And some Gucci shoes. I might buy a car for my mum too, as she drives a little Fiat 500.’

Meanwhile, Jaden’s sister Katie Hyams said: ‘When he gets home I’m giving him the biggest hug in the world! He’s gone to America and he has earned so much and done so well, so I’m proud of him.’

Last night, the World Cup was coming to an end with 15-year-old Benjy Fish, from Surrey, among the favourites to land the singles title, and a cheque for £2.4million. Millions of youngsters may now use Jaden’s win to justify their own gaming habit.

There is already concern about addictive technology, with MPs investigating games such as Fortnite – which is free to play but makes its money from charging players for extra features once the game has started.

There have been increasing worries that children in particular are obsessed to such a degree that their health is endangered. Last year, the World Health Organisation recognised ‘gaming disorder’ among the diseases it monitors. It said computer game playing becomes a disorder when it has an impact on personal or family relationships and impairs socialising, education or other key areas of life for 12 months or more.

A survey of 2,000 British parents this year found that around 50 per cent were concerned that their children were becoming gaming addicts. It was not uncommon for 11 to 13-year-olds to play computer games for two-and-a-half hours on a school day and almost six hours a day at the weekend. And Fortnite was the game that concerned parents the most.

The violence involved in the game was an issue for many. 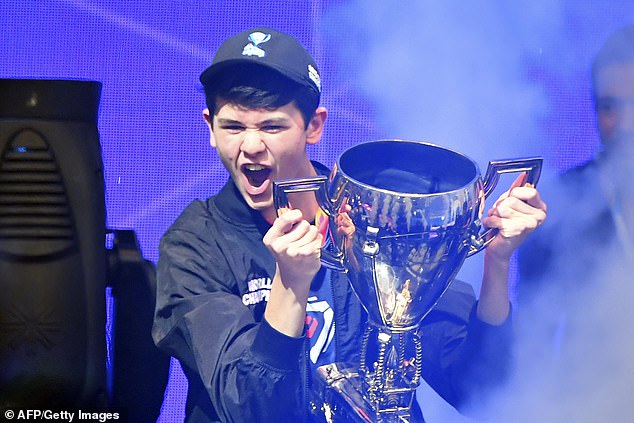