Five British climbers have been rescued from a 22,500ft mountain in Pakistan, with three of the group left trapped for over 24 hours.

The team of mountaineers got into difficulty when one of the group slipped on a glacier while scaling Koyo Zom in Khyber Pakhtunkhwa province, Pakistan.

They fell around 98 feet during the trek, according to local officials.

William Sim and John Crook were said to have been rescued from the mountain on Sunday, which is the highest peak in the Hindu Raj range in Pakistan.

But the rest of the party, Alastair Swinton, Thomas Livingstone and Uisdean Hawthorn remained in the treacherous conditions until this afternoon.

Tom Livingstone (centre) and John Crook were among the party of five climbers rescued from the Koyo Zom in mountain in Pakistan. Cook was rescued yesterday, while Livingstone had to wait until this afternoon 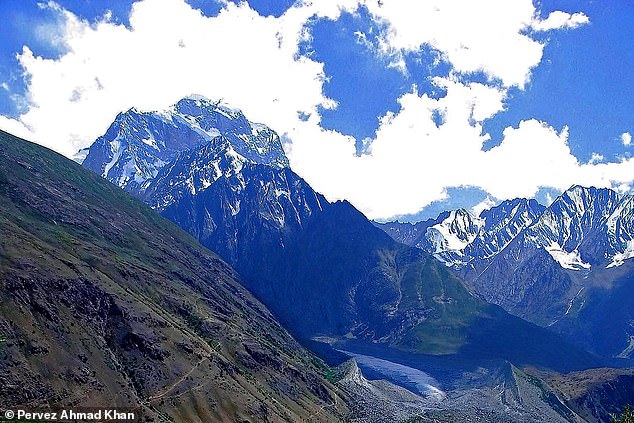 Koyo Zom mountain in Khyber Pakhtunkhwa province, Pakistan, where five British climbers were rescued after one slipped on a glacier

The initial rescue attempt had to be called off due to darkness and poor weather conditions, according to the Telegraph.

Crook and Sim were both reportedly injured in the fall, but are in a stable condition in hospital in the town of Mastuj.

They were scaling the mountain in Yarkhun on Sunday when the group suffered the accident at around 12 noon, according to local media.

Irfanuddin told DawnNews TV: ‘After receiving word of the accident, a rescue operation was launched and rescue teams reached the climbers by helicopter.

‘One of the three trapped team members has received head injuries. 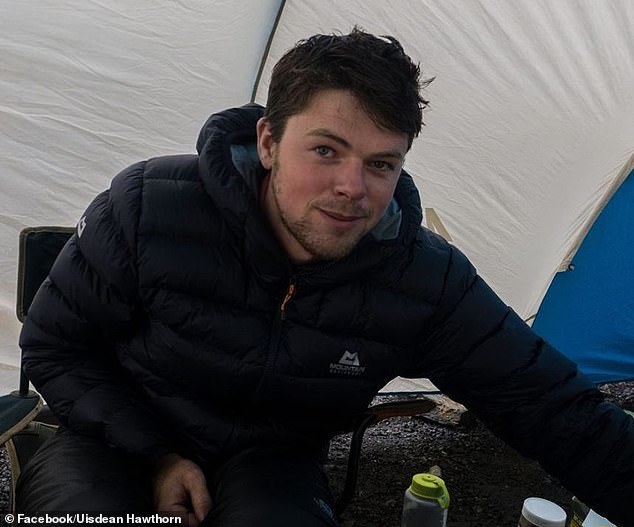 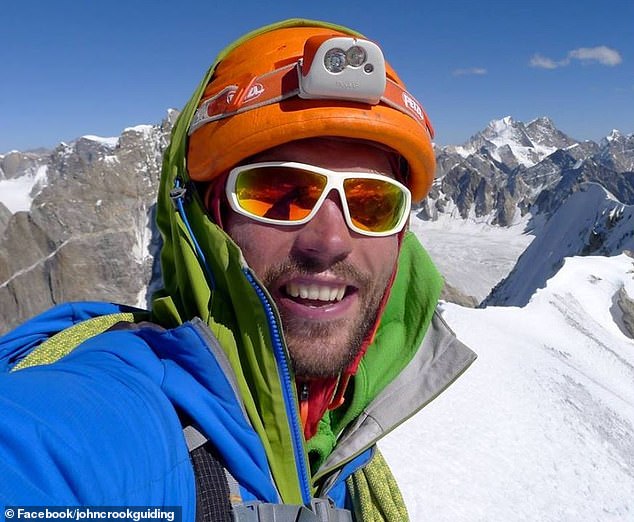 John Crook was rescued from the 22,500ft mountain in Pakistan yesterday and is said to be in a stable condition in the town of Mastuj

‘As per our information, the team fell from a height of 30 metres after a climber slipped on a glacier during the trek.’

Rescue attempts for the remaining climbers continued today and they were finally pulled from the mountain.

The Foreign Office said this afternoon that all five climbers have now been rescued.

A spokesman told MailOnline: ‘Our staff are in close contact with the support teams of five British climbers who have been rescued from a mountain in Pakistan, as well as those who carried out the rescue operation.’

Northern Pakistan is a poplar destination for mountaineers due to the area’s challenging climbing routes.

Koyo Zom is known as a long narrow mountain with steep icy slopes.