A British couple have been left stuck in the US after their child was born three months early while they were on holiday.

Louis Borrill and his fiancee, Yeridiana Chazares, had been visiting her family in Baltimore for a surprise baby shower but after she woke up the following day with what seemed to be a strong fever, they decided to go to hospital.

Baby Lily Borrill was born the following morning – well ahead of the November due date and weighing just 1lb, 11oz – and may not be discharged from hospital for three or four months, meaning the family cannot return to their home in Scunthorpe, Lincolnshire until then.

Pictured: Baby Lily Borrell, who has been born well ahead of the November due date in the US 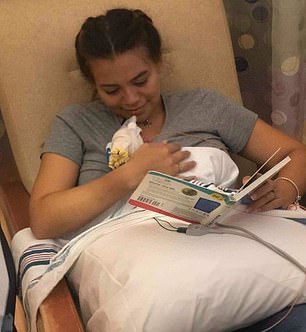 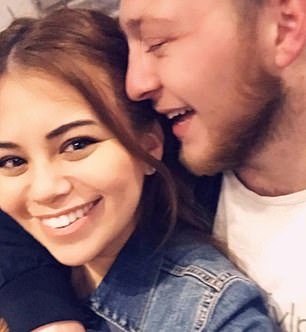 The couple (right) were stunned when Yeridiana Chazares (left, in hospital) was told she was going into labour

This will lead to expensive hospital and hotel bills, as the couple did not have medical insurance.

Mr Borrell said: ‘With Yeri being six months pregnant, we decided to play it safe and go to the hospital.

‘We were then informed that Yeri wasn’t experiencing a fever – she was in pre-term labour!’ After hours of scans, doctors said Yeri would not be able to leave the hospital. 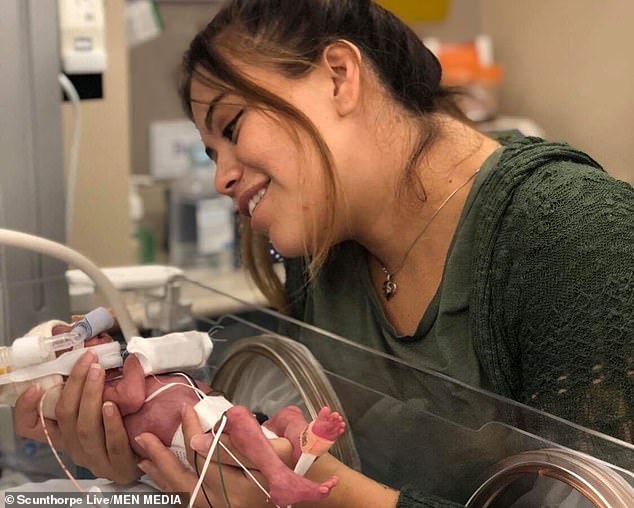 Pictured: The infant was born three month early while her parents were on holiday and must now remain in hospital for up to four months 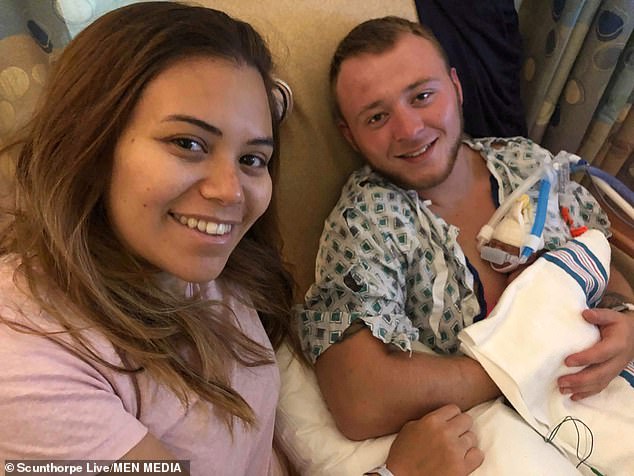 The couple (pictured, with Mr Borrell holding the baby, right) are facing mounting legal bills as they are forced to stay in the US

He said: ‘Obviously, we were shocked by this, we planned to have Lily in Scunthorpe and then we find out that we’re going to have to have her born here, and in the back of our minds realising what was going to come.’

Although in pre-term labour, the doctors told Louis and Yeri that this waiting period could have been anywhere between a few hours to a few months, with them having to remain in the hospital throughout. However, at 8.18am on August 6, baby Lily was born.

Mr Borrell added: ‘I don’t even know how I could possibly describe that 24-hour period. We were scrambling around trying to figure out what we had to do and were both obviously very nervous. But we knew we had to remain calm, knowing our baby could come at any point. 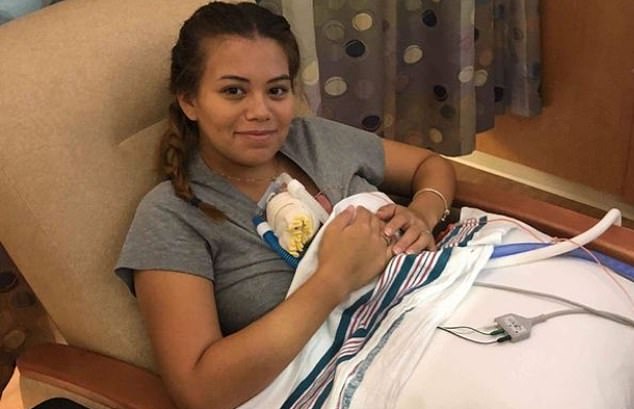 Yeridiana Chazares (pictured with her baby after the birth) raced to hospital with what she thought was a fever, only to be told that she was going into labour

‘Our beautiful Lily decided she had enough of waiting around and came to us two days after her baby shower and three months earlier than we expected.’

When Lily was born she was not moving and could not breathe. After 15 minutes, a doctor managed to put in a breathing tube – saving her life.

Since then, Lily has been breathing but has had some rough days. She stopped breathing twice and had to be resuscitated last week after having a heart murmur, which it was hoped medication could treat. 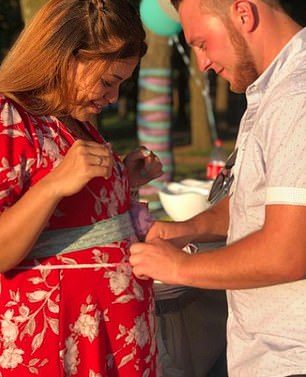 Due to being so premature, Lily also still has a vessel called a Patent ductus arteriosus (PDA), which babies lose when they are born.

She is set to be reviewed by a cardiologist who will determine if she will need further surgeries after being checked.

Ms Chazares spoke about the pain of seeing her first-born child having to be put in an incubator and continuing to be monitored by doctors and specialist surgeons.

‘Having contractions and a c-section doesn’t compare to the pain I felt seeing my first-born in an incubator covered in tubes and tinier than I could have ever imagined,’ she said.

‘All day I blamed myself, thinking that if maybe I had done something differently Lily would have made it to full term.

‘The doctors say Lily is doing great breathing, moving and, hopefully, getting stronger and stronger. I can’t wait to have her home.’

The couple said doctors had told them that Lily would not be ‘out of the woods’ until around three or four months and only then can she be discharged and they can return home to Scunthorpe.

Mr Borrell added: ‘We did not have medical insurance as it was around £4,000 because Yeri was pregnant, just for those ten days. The risk of not paying for this backfired.

‘I’m so proud of my little fighter, she’s doing really well at the moment and I’m sure in the next few months, she will continue to do so. I am so proud of Yeri. She handled everything so perfectly and was incredible.’

The couple have set up an online GoFundMe page to help them meet care and hospital bills.