By Richard Spillett and Rita Sobot For Mailonline

A British couple denied being drunk in charge of their children after they were arrested at Gibraltar airport.

The couple, named by local media as Dean and Kim Morley, from Hailsham, East Sussex, appeared before magistrates yesterday after their arrest on Sunday.

Mrs Morley, 53, pleaded guilty to damaging a Royal Gibraltar Police shirt but both denied being intoxicated whilst caring for two children under 13, GBC reported.

Gibraltar police spokesman Paco Oliva said: ‘The case was adjourned until August 5th and they were granted bail in the sum of £500.’

The court appearance comes after police were called to the departure lounge of Gibraltar airport on Sunday night.

In an earlier statement, a Royal Gibraltar Police spokesman said: ‘A 54 year old man and a 53 year old woman, both British nationals, were arrested for being intoxicated whilst in charge of a child.

‘Police were called to the Gibraltar International Airport to assist a GHA ambulance crew who were having difficulties with a female passenger who had fallen over in the departures lounge.

‘On arrival, the officers noted that the female and her husband, who were due to fly out later that night with their three young children, were both intoxicated.

‘Both individuals were arrested for being intoxicated whilst in charge and of a child and conveyed to New Mole House police station.’ 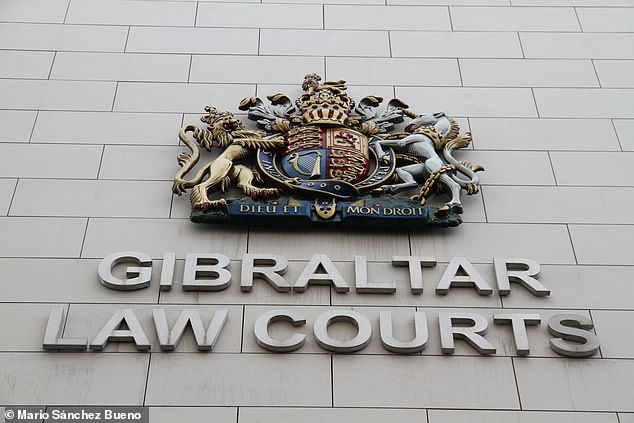 The police spokesman continued: ‘Both individuals have been charged with being Intoxicated while in charge of a child. The female has been additionally charged with criminal damage.

‘It is understood the family were due to flight out of Gibraltar but neither their destination or airport have yet been revealed.’