British drivers name their favourite UK routes – and it’s Loch Lomond to Glencoe that’s No1, followed by Kendal to Keswick and Cheddar Gorge

British car owners are spoiled for choice for scenic summer staycation drives, but there is one route that’s more beautiful than them all, according to a poll – the A82 from Loch Lomond to Glencoe.

In a survey conducted to discover the most awe-inspiring routes to experience by car in the UK, it garnered 24 per cent of the vote, ahead of the A591 from Kendal to Keswick in the Lake District (23 per cent) and Cheddar Gorge in Somerset, which came third (21 per cent).

Just missing out on a podium place was Hardknott Pass in the Lake District (fourth, 20 per cent), with Northern Ireland’s Causeway Coastal Route, known for its dramatic scenery and featuring in Game of Thrones, and Snake Pass in the Pennines coming joint fifth (17 per cent).

British car owners are spoiled for choice for scenic summer staycation drives, but there is one route that’s more beautiful than them all, according to a poll – the A82 from Loch Lomond to Glencoe (pictured). This incredible image was taken by Instagrammer ‘munroart’ 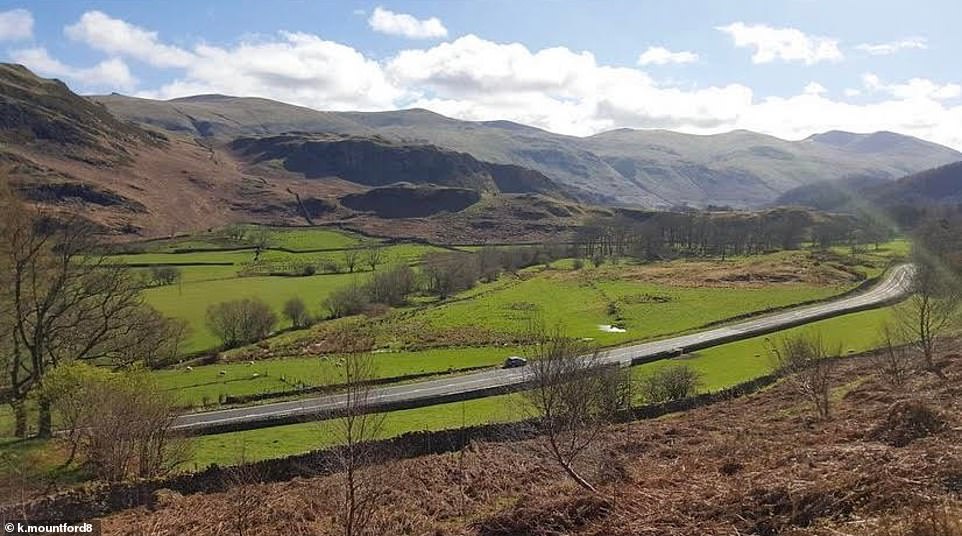 The A591 from Kendal to Keswick in the Lake District was declared Britain’s second-most beautiful route. Instagrammer k.mountford8 took this eye-catching image of it

The study also revealed that almost half the nation (47 per cent) say it’s high time they explore more of what Britain has to offer – with four in 10 Brits (42 per cent) saying they are planning to take a UK road trip this summer. 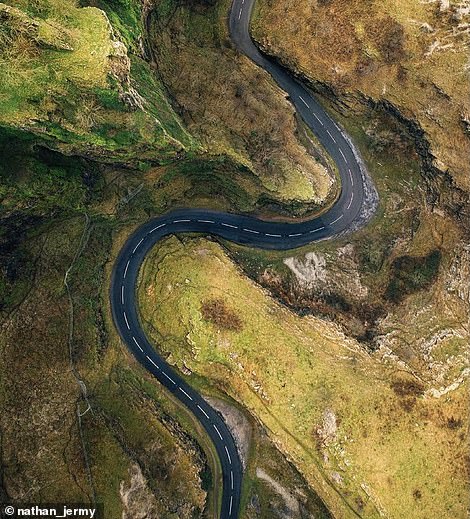 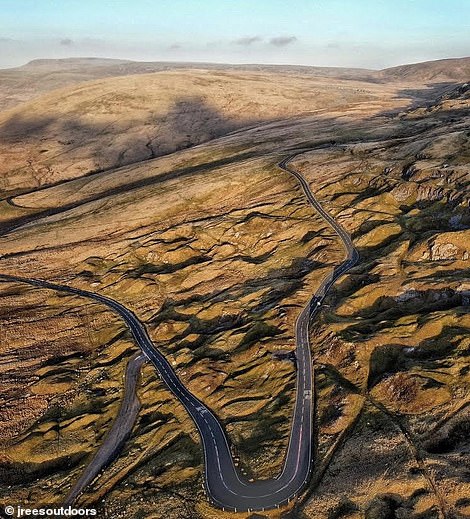 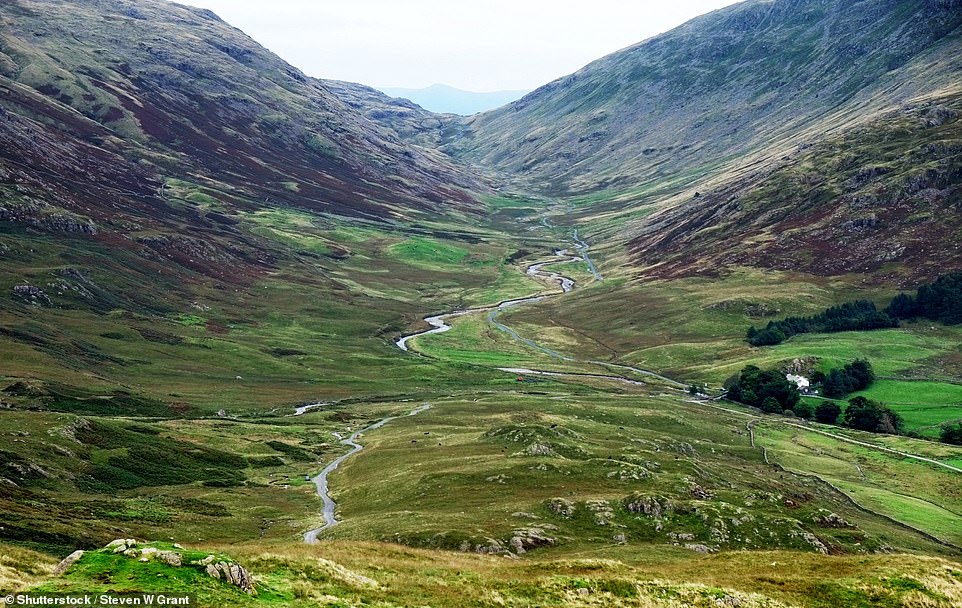 Hardknott Pass in the Lake District came fourth in the poll. It’s pictured here in the foreground, with Wrynose Pass snaking off up the valley beyond

A third of the motorists polled said they often worry about the environmental effect of their car emissions.

Other top reasons given for considering an EV purchase include the fact that they are quieter on the roads (26 per cent), cheaper to maintain (25 per cent) and 14 per cent of Brits are doing it because they want their children to be proud of them for trying to make an environmental difference. 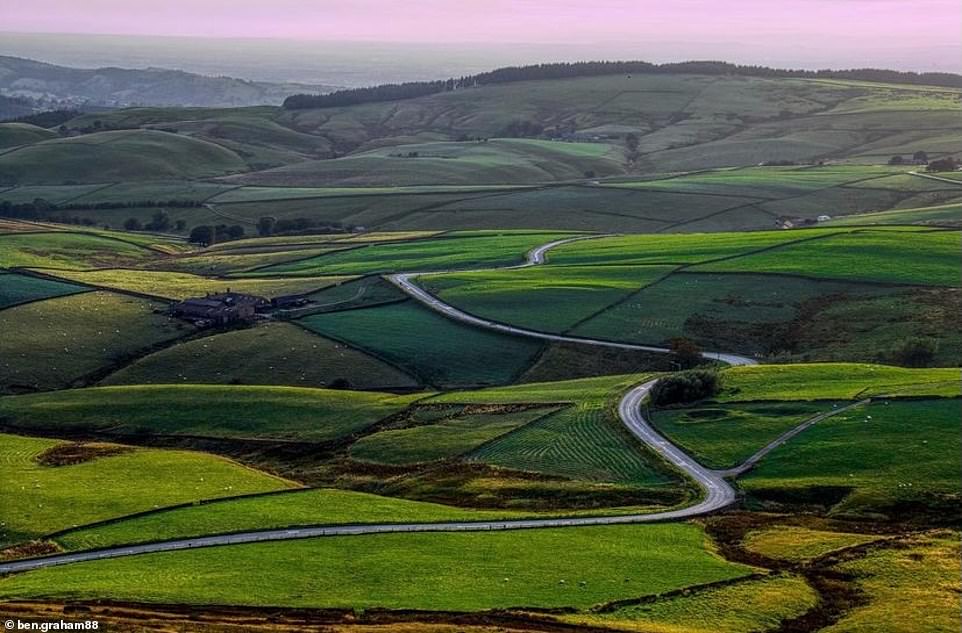 The A537 road between Buxton and Macclesfield came joint tenth in the poll. This picture of it was taken by Instagrammer ben.graham88

However, 43 per cent of Britons polled said they would be worried about running out of battery power on a drive, with 39 per cent raising concerns that there aren’t enough charging points.

According to the data, drivers aged 17 to 29 are the most likely age group to buy an electric vehicle (47 per cent), compared to just 28 per cent of motorists 60 and over. The poll revealed that men are far more open to considering an EV purchase than women.

William Bannister, CEO at MFG, said: ‘This poll shows that, as the country unlocks from a difficult year of restrictions, we are going to see a resurgence in the popularity of road trips and we are investing £400million ahead of the curve in super-fast 150kW charging points across our UK network, building driver’s confidence in electricity as a cleaner fuel source.’ 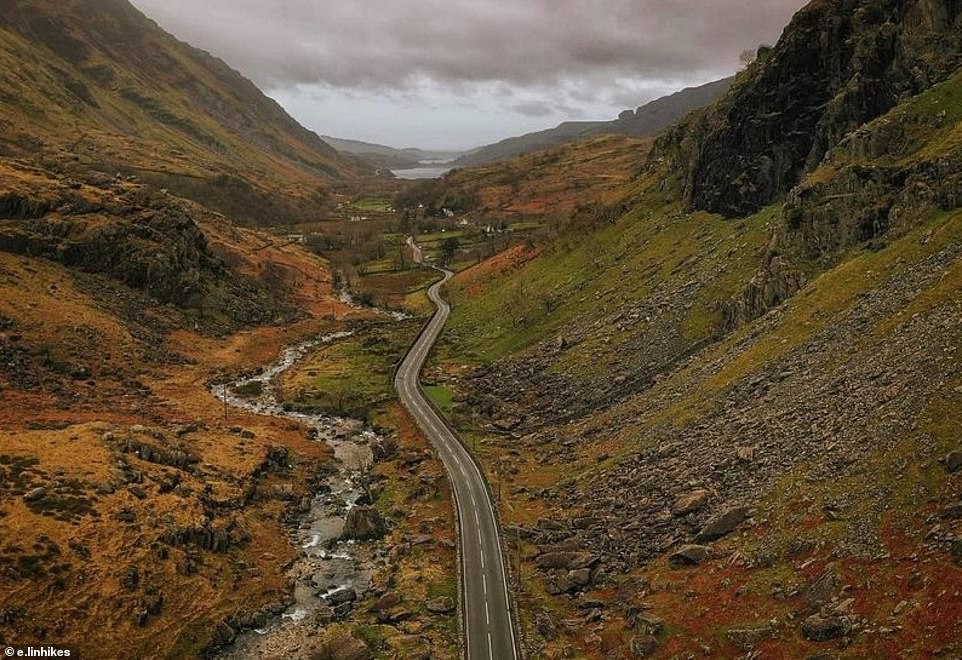 Llanberis Pass in Wales (joint seventh) is captured here in a stunning image by Instagrammer ‘e.linhikes’